Literary critic and editor Muneeza Shamsie writes about the talents featured in this issue – a rich tapestry of contemporary Pakistani poets and authors. 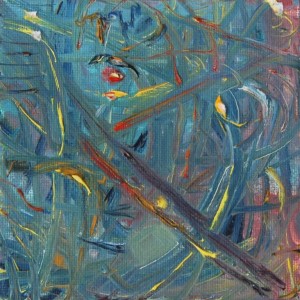 Pakistani literature in English dates back to the earliest years of independence but in the last decade, it has grown and developed rapidly and to great critical acclaim. This has coincided with a rich cultural flowering of a new Pakistani music and art. At the same time, the country has become the epicenter of geopolitics and subject to urban violence and religious extremism.

This issue showcases Pakistani English creative writing – including translation from the Urdu – to capture the essence and complexities of Pakistan today.

Mohsin Hamid’s haunting and vivid story “Terminator – Attack of the Drone” merges reality and science fiction. He portrays a few survivors hunted by machines which fly overhead in a nameless barren land. In Kamila’s Shamsie’s “Escape”, a Pakistani man’s terrifying journey from Afghanistan across Iran to America queries the dividing lines between sanity and insanity, safety and danger.

Several works tackle issues  migration and adaptation, identity and belonging in today’s mobile world. In Waqas Khwaja’s lyrical poem “unclassified I” migration to a foreign land become a metaphor for growing up and journeying into the uncertainties of the future. Aamer Hussein’s  poetic and intricate story “The Tree at its Limits” interprets the life of the Italian-born artist, Marya Mahmud through her paintings. Her love for Karachi and its sea represent her emotional journey including her marriage to a Pakistani. In marked contrast, Hasan Manzar’s “The Poor Dears” translated by Muhammed Umar Memon tells of an expatriate writer, who has lived in London for so long that in Pakistan, he has neither understanding nor sensitivity towards its social mores or the wages of poverty.

Suppressed desires and longing runs through Memon story “Lucky Vikki” translated by Faruq Hasan, which tells of three young men riveted by a beautiful girl. While Memon’s translations of   Abdullah Hussein and Azra Abbas capture a woman’s perspective and inner turmoil. In Hussein’s skillful story “The Rose” the narrator is confronted by the anger and resentment of his childhood friend, Sarwat for treating with gender-based assumptions, not an individual. In Azra Abbas’s elegant poem “Empty Bench” longs for an end to her suffering and pain; in “Alone as I Am” she wishes her lover would think of her emotions, not just her body.

Several poems reflect upon life and death. Afzal Ahmed Syed’s spare, sophisticated “What Grave Lies Beyond the Juniper Tree” and “The Skull of a Chief Architect”, translated by Musharraf Ali Farooqi contemplate mortality and immortality. Mehvash Amin’s “Grandfather” portrays the last days of a dying man, but Amin is also one of several women poets to address Pakistan’s endemic violence.

In “Karachi”, Amin writes of the city’s urban warfare. Kyla Pasha’s “the things” reflects upon change and time and in “Lullabies and Killers” she juxtaposes survival against daily killings and burials. Mavra Rana’s “Noor-e-Chashm” interweaves a widow’s grief with memories of her late husband and their married life. Rana captures a different mood in the witty “Mr. and Mrs. Agelast”, a clever interplay of colloquialisms and clichés. Ilona Yusuf adds to the diversity of the collection with rich vivid images of nomad powindahs in “i wait for images to crystallize”; in “untitled”, she celebrates the rhythms of life: childhood puberty, marriage and death.

As such, this issue provides an insight into some truly exciting work and engages with the many dimensions of Pakistani life.

” Meanwhile, as he’s saying this, I can’t help but notice the goatee/ Eerily sprouting around his mouth. His teeth are as white as the/ Angels that betrayed him…” Weekend poem, by Jordan Blum.

In its Summer 2013 issue and a departure from our rigid structure, The Missing Slate presents its Table of Contents,...