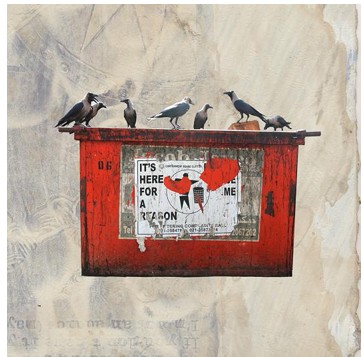 This seems to be an opportune time for odd conversation, not that there is ever an inopportune time for such subjectivity. I find myself at a new beginning today and for some odd reason I feel the need to share this beginning. This beginning comes in the form of a document, emailed to me this morning, a document in a foreign language that proclaims the finalizing of my divorce. Seeing as I currently lack a confidant I now find myself constructing one in this letter. One might think of this particular variant of letter writing as a bout of triviality but I feel that the importance of saying things and having them matter to someone can never be underestimated. That said, there is no way of knowing whether any of what I shall say here will matter to anyone, but in some part this is oddly comforting. I shall never know who you are; who I am addressing and how you are being addressed.

I have always envied people their chance to compose long intimate letters in films, the kind one finds being superimposed at the preface or conclusion of an historical film. I wish that I could compose these words on an aged papyrus scroll with a quill and scratchy, blotchy ink to preserve the nostalgia I am attempting to cultivate here. Silicon screens and clacking keys are so utterly unromantic but they cannot be helped. If I were given the choice I would have employed pencils. This is something you should know about me… I adore pencils. Ever since I watched the film ‘You’ve got Mail’, I have relished the idea of someday receiving a ‘bouquet of sharpened pencils’.

I am not sure if I am going about this the right way, or if there even is such a thing. After all, how does one cultivate an intimacy? In normal situations, people consider approaching a curious stranger and striking up a conversation, others employ that age-old art known as flirtation. Some stalk people on Facebook and Twitter… whichever method one employs, there is a subtle loss of self that is demanded of the enterprise. The twisted waltz of socializing requires one person to initiate the exchange, invent an approach and cultivate an opening. In my mind, this involves a loss of power or ego or something that I know I do not possess in any case, but the idea of losing it is overwhelming enough to hold me at bay. This is why I have never triumphed in matters of the heart… or the libido, if you belong to the school of thought that prefers to distinguish between the two. I have no one to be intimate with, so I have ascertained that in such times it is best to muster up all of ones’ creativity and invent a confidant. It is not so difficult really, inventing intimacy. All the enterprise really requires is cause enough to warrant confession. In our case, somewhat of a soliloquy wrought in affection. I shall address you as an old friend and pick up an imaginary conversation left at the tail end of our previous encounter, one that I shall construct as we go along.

The last time we met we were contemplating the merits of the term ‘spiritual’. You were dressed casually, as you are wont to do, sitting cross-legged on my sofa and denigrating me for my desperate need to find ‘meaning’ in every ‘meaningless thing’. I suppose, in this construction and this particular letter, you are a man. I have known you for years, long enough to experience an odd, compulsive possessiveness with regards to you, and simultaneously long enough for me to be all-too-aware of your romantic failings to let this attraction manifest beyond the odd tingle in my toes, or the flutter in my chest when you laugh at something I have said. One is told that this degree of physical charge is biologically predetermined, and does not really warrant deeper consideration on either of our parts. We are friends – in that overtly comfortable sense of the word that does not really necessitate the validation of a Facebook request. We are in the habit of watching films on the telephone after having discovered that it is one of the few television clichés that actually does translate beyond ‘Gossip Girl’.

‘This gnaws away at my heart’: Szilárd Borbély’s The Dispossessed

A 'devastating' exploration of poverty by one of Hungary's finest writers, reviewed by Ottilie Mulzet.