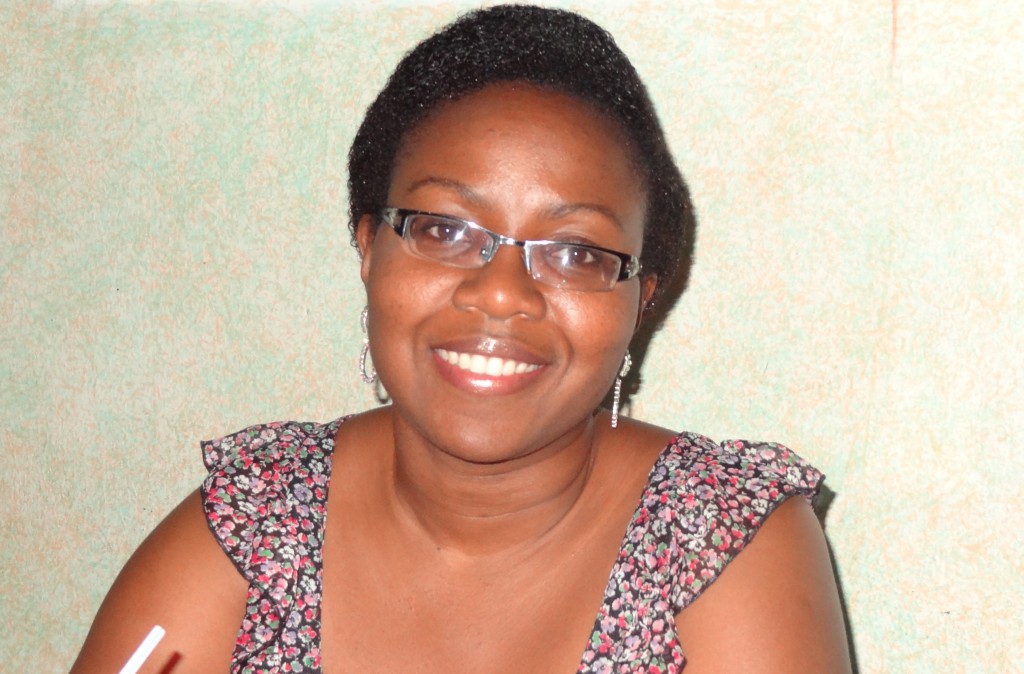 In a new series of interviews, our editors  are given the chance to choose a favorite piece of the month and ask five questions of the writer. Here, The Missing Slate’s Abbigail N. Rosewood talks to Hannah Onoguwe about early influences, writing the perfect ending, and the unrelenting pressure on women to conform to social expectations.

How old were you when you first started to write? Do you remember your first piece?

I was eight years old. My first piece was part of classwork. We were told to write a story to which we added something during each class. I wrote about a girl who stays with the stereotypical elderly aunt with half-moon glasses who knits and reads classic literature. Beyond that, my memory fails.

What was the first story, poem, or novel that you fell in love with?

Charlotte’s Web by E.B. White. In the first grade we had it read to us over a period of weeks and I was fascinated by the way animals had regular conversations and forged friendships. To me it was new to enter the minds of animals with very real issues and feel all the emotions we attribute primarily to humans: fear, humour, grief. Yes, there were cartoons (Tom and Jerry, anyone?) but books are always different.

Some churches hold night vigils and special prayer sessions for singles….
In your story “The Big 4-0,” Bidemi decides to marry because she realizes that “if she didn’t set her life in motion, she would end up a real hardened, lonely spinster.” In reality, this is a valid concern for a number of women, not just single women who are yet to marry, but also middle-aged divorced women. Do you think that women sometimes feel pressured to marry by social expectations? What do you think about the socially constructed belief that women are running out of time to marry the longer they wait?

In my opinion, social expectation is the major pressure on women to marry! It’s a widespread issue, but I’ll bring it a little closer to home. African society places a lot of emphasis on marriage and family life. There seems to be that unspoken assumption that something is wrong with you if you’re single. There is also a tendency to get superstitious and religious when a woman hasn’t been able to get married within a certain period of time. Some churches hold night vigils and special prayer sessions for singles, targeted at praying them into ‘receiving’ their husbands and wives. In some parts of my country, a woman who is divorced is not likely to remarry. The failure of the marriage is often blamed on the woman with little or none apportioned to the man. Would-be suitors of divorced women may be discouraged with statements like, “If she couldn’t keep her first husband, then she can’t keep a man.” With the assumption, of course, that it’s the woman who has the sole responsibility of maintaining a relationship.

The belief that women are running out of time the longer they wait must have stemmed from the fact that from a certain age, it’s harder for women to conceive. Men have the biological advantage here, there’s no escaping that. For some men, a marriage without children is like… trying to play soccer without the ball. I was talking with some friends the other day about Tina Turner getting married and some of the guys were asking, “What for?” I’ve heard people describe women as flowers that fade, which means that when we’ve passed our prime, so to speak, when we’re not as young or as beautiful, then we’ve lost our appeal. I think this belief is narrow-minded and devalues a woman. However, no matter how loudly we women protest and proclaim equality, no matter the progress we’ve made in balancing the scale over the last century and this one, I doubt it will ever fade completely.

How often do you write? What are some future themes that you would like to explore?

I really wish I could say daily! Most of the writing dos and don’ts I’ve come across say we should, and it does keep one’s skills sharp. I’m still working to discipline myself in this regard. I’ve actually been known to go weeks without putting a word down. When I’m on a particular short story and the fire is burning, I tend to keep going until it’s finished. With longer pieces the struggle is greater. In the future I look forward to writing about abusive relationships, close friendships between women, and secrets/lies within marriages.

Do you prefer writing intros or endings? Do you have any advice for aspiring writers about how to write an effective intro that pulls the readers in?

I would say I prefer endings to intros. By then, I’ve plodded through the story with the characters’ issues and all, and so I often know exactly how I want it to end. What I would advise in writing intros is something I’ve read and heard countless times: start the action early! Some writers start the story after the crisis in the protagonist’s life — the miscarriage has happened, the husband has died, and so on. That way you can skip the build-up and just use flashbacks minimally. Works in movies too! I have to admit starting the action early enough is also something I’m working on. There’s the temptation to give a whole load of information the reader doesn’t necessarily need. I notice that in stories that start this way, I keep reading by sheer doggedness. Many times the story turns out great, but not every reader is going to keep going just because she wants to have the personal satisfaction of sticking it out to the end.

Abbigail N. Rosewood is Assistant Fiction Editor for the magazine.