Anis Shivani" />
World literature is not multiculturalism, whose characteristic is essentialist identity.
Translation, then, is a big part of understanding world literature. America and England are notorious for publishing a minute percentage of books in translation, whereas their own language, English, dominates translation activity in all parts of the world. In essence, this is an aspect of the same anxiety Goethe and his compatriots were confronting in the early years of Germany’s rise as a nation. The philosopher and literary critic Johann Gottfried Herder, in fact, proposed ideas about the Volk — rescuing folk literature to give shape to national identity — that delicately straddle cosmopolitanism and nationalism, an internationalist versus a provincial outlook. Assertion of national identity, even in the interest of closer global assimilation, is always susceptible to precisely the kind of provincialism that is the bane of world literature.

Translation, as Lawrence Venuti [8] and others like Gregory Rabassa [9] and Masao Miyoshi [10] have pointed out, is a concept fraught with difficulty — not at all the naive commonplace notion of cumulative assimilation of a foreign culture into an accessible language. A fundamental question all translation must confront is the degree to which the work’s foreignness might be downplayed or emphasized. It can be argued that playing it up probably contributes to enhancing its stature within world literature. The general criticism is that the dominant centers of literary production — New York would offer the biggest source of anxiety — tone down foreignness to domesticate exotic literature, as it were; literature functions then as validation of existing national values.

Venuti has demonstrated this in connection with the translation of Italian writer Giovannini Guareschi’s ‘Don Camillo’ novels after World War II, which gave the impression that not only was communism a vulnerable foe but that communists were good folks who could be persuaded to assimilate into mainstream culture after all. This fit well with American cold war policy with respect to Italy. The Guareschi episode is a dark stain on the otherwise generally impeccable translation record of Farrar, Straus & Giroux. Guareschi today is not part of world literature; his work is too banal, even had its exoticism been retained in translation, which it was not.

Goethe’s reflections open up some fruitful lines of inquiry, which have become all the more valid since the relative eclipse of the founding ideas of comparative literature in the wake of deconstructive theory’s hegemony: What are we supposed to learn from world literature that we can’t learn from national literature? Is world literature always elitist — to the extent that cosmopolitanism is also elitist and presumes high levels of education? What institutional constraints typically prevent a work from entering world literature, despite its manifest quality?

One way to subsume these questions is to ask, Does localized multiculturalism, of the kind prolifically produced in America, translate well? The question is very much relevant because it would seem that there is a great deal of confusion — or false identity — between the ideas of multiculturalism and world literature.

A certain placelessness — not to be confused with notions of artistic pseudo-exile — seems to be essential to appreciate world literature. Goethe, though closely associated with the Weimar region in the average reader’s mind, seemed happiest when he was wandering around, particularly in balmy Italy, moving from place to place, restless and energized; shunning affiliation with the Weimar court set him free for a second burst of productivity. 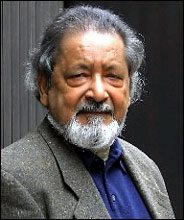 Naipaul: ‘More than a bit of revolutionary about him’

What makes a work travel well is a really important, and possibly unanswerable, question. Despite their so-called “difficulty,” William Faulkner, Gabriel García Márquez, and Orhan Pamuk, to name three of the giants of recent literature, accomplished just that. The centers of world literature — Paris, London, and New York, above all — help decide which works ascend to the pinnacle of world literature, but the various energies at play are too diffuse to permit easy generalization.

Such a generalization has recently been made by Pascale Casanova, [11] who adapts sociologist Immanuel Wallerstein’s world-systems theory to the organization of literary capital in metropolitan centers and third world peripheries, thoroughly exploring how writers of minor literatures try mightily to find their place in world literature.

For Casanova, Paris has been and still remains the true capital of world literature, notwithstanding London in the nineteenth century or New York in the twentieth. Perhaps a necessary condition for world literature is that there ought not to be a single hegemonic capital.  Barcelona, even during the repressive Franco years, was the capital for Spanish language writing all over the world, helping to instigate the Latin American “boom” of the 1960s and 1970s.  Perhaps New Delhi will play a similar role in shaping world literature, with the rise of international publishing in India, determining celebrity and status in New York rather than the influence flowing the other way around. Perhaps Beijing will also play a similar role in the near future.

Aside from her reductionism with regard to Paris, Casanova offers perhaps too schematic an account of assimilationists versus revolutionaries: think of Naipaul, trying to be more English than the English, versus Rushdie, attempting to bend English toward an Indian manifestation. Even with supposed polarities like Naipaul and Rushdie, it can be argued that Naipaul has more than a bit of the revolutionary about him, while Rushdie carries more than a hint of the assimilationist. The Nobel Prize perhaps leans a bit more on the side of the revolutionaries — those who aggressively seek their place in world literature by disobeying existing literary norms — but in fact the conservative Naipaul has won the Nobel Prize already whereas Rushdie still hasn’t.

Casanova explores in much depth the efforts of writers within minority literatures — Rubén Darío, Franz Kafka, James Joyce, Samuel Beckett, Juan Benet, Danilo Kiš, Milorad Pavić — to take their rightful place in world literature. Among the options open to such writers are translating their own works in dominant languages like English and French, or seeking to elevate their national literatures by reviving moribund works or lending respect to popular works — thereby interjecting themselves as part of a collective whole into world literature.

Contrasted to the idealistic image conjured by Goethe’s original notion of world literature, Casanova imparts a somewhat cynical Darwinian dynamic to the whole venture within postmodern circuits of literary organization. It’s a helpful view to the degree that it dispels the notion that whatever is worthwhile organically rises to the top of the scales, and to the degree that it interferes with the mania for authenticity (manifested in a non-universalizable multiculturalism) dominating the leading literary capital today, New York. The beguiling paradox that apparently only a work definitely asserting its nationality can overcome nation-orientedness and become part of world literature probably has less substance than at first meets the eye.

“I remember Rukie telling a group of girls that God is deeply sad whenever we go against his word and give in to the flesh, and I wonder how anybody could feel that way when there is an urgent thread of desire pushing itself out of a body…”
Story of the Week (January 6), by Ama Asantewa Diaka. Selected by Chimamanda Ngozi Adichie.

Shazia Ahmad rages against TV's cancelation travesties in the second of her two-part tirade...