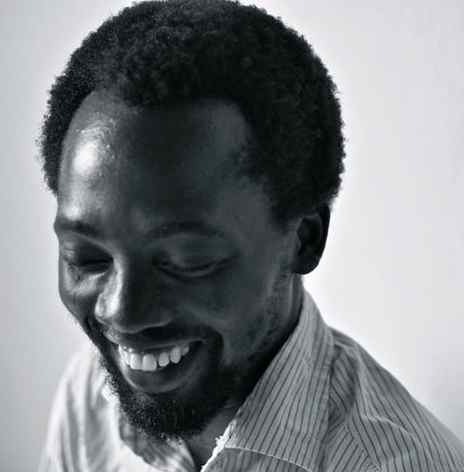 Timothy Ogene, our Author of the Month for October, talks to The Missing Slate’s Varda Nisar about capturing Nigeria’s hidden stories, the shortcomings of facebook feminism, and the importance of addressing the erroneous idea that poverty is synonymous with a lack of ‘intellectual substance’.

Click here to read an excerpt from ‘A Strand of Ice’, our Story of the Month.

Your story “A Strand of Ice”, an excerpt from your first novel, starts off with a young boy being given a glimpse into a much wider world. The narrative then moves towards two female characters, Dora and Sisi. Can you say a little more about how you connect these two strands of the plot?

In making that transition, I intend to capture the spontaneity and surprises that are typical of the urban outskirts in Nigeria, where residents, mostly those who have escaped the exorbitant rates of city housing, crowd into poorly built apartments. There, in spite of the obvious lack of space, they enjoy themselves; the line between dawn and dusk is blurred by the steady buzz of activities: from the chant of soccer fans to the sudden eruption of arguments among neighbors. However, there are granules of serenity at different corners of that obvious chaos: we meet Pa Suku, the poor but sophisticated intellectual who takes his time to share world politics and history with the young narrator. By oscillating between both extremes, that of utter disorder and quiet contemplation of world history, I attempt to erase the erroneous notion that such neighborhoods, by being extremely poor, are completely devoid of intellectual substance. Out there, few narratives situate intellectual sophistication among the African poor. This, I think, is derived from the assumption that a state of material lack is synonymous with the absence of intellectual depth.

Can you share some more information about Dan, who seems to be a focal point for the other characters without ever entering the text directly?

Dan is not only a character, but also an idea that loiters on the periphery of the bigger narrative.  He represents what society, by failing to comprehend, objectifies, estranges, and subsequently humiliates. In Nigeria, Dan would be that gay boy who, by being himself, is spiritedly bullied by society. Dan, as with several minority groups, is the ostracized Other within a bigger culture. But Sam, my young narrator, is fascinated by Dan’s unboxable personality that straddles the edges of both sexes. There are several Dans out there in places where one’s sexual preference might mean death, where kids who are gay might end up suppressed and unhappy for life. They, like Dan, are never the main concern of society, except when, for religious or so-called cultural reasons, the need arises to bully them. Until then, they exist as invisible exiles in their own cultures, forced to live by what their society considers “normal.”

Storytelling is an attempt to contextualize reality, and to draw parallels that capture all sides of a given experience.
In a piece on ‘African writers’, you say that “If I avoided the dark and grisly side of the “Nigerian experience,” whom do I expect to do the dirty job”. Does storytelling for you encompass just that — keeping a check on reality?

I think there are multiple realities that, although constantly evolving and experienced differently, exist in the same space. These seemingly independent realities constitute a fragmented whole that consequently define the space that holds them. In the US, for instance, the historical reality of African Americans is different from that of Native Americans, which is also far different from that of the White Settlers, and others. Put together, the American experience is not only the product of these multiple realities, but also an assemblage of the socio-economic, psychological and cultural issues within these groups. Over the years, American writers have successfully captured all shades of those experiences: the good, the grisly, and the unfortunate. In the same vein, I think the African writer, or anyone for that matter, should pay equal attention to realities within and outside their immediate spheres. Avoiding a certain obvious reality in a bid to circumvent pre-existing stereotypes does not automatically unearth said reality.

No doubt, the themes of poverty and woe have been over-flogged to the extent that, as with every over-flogged subject, it becomes boring. But then, avoiding it completely, or shrouding it in cocktail-party-narratives does not erase the unfortunate fact that extreme poverty is still present, and that the nauseating buffoonery of African leaders continues to make headlines.  Yes, there is the Africa that goes to well-lit malls, patronizes the Porsche dealership in Lagos, and lives in gated houses on private Islands! There is, also, the Africa that dies daily from preventable diseases. It’s the same everywhere, albeit disappointing.

Storytelling is therefore an attempt to contextualize reality, and to draw parallels that capture all sides of a given experience. That children run around naked in Street A, in Nigeria does not summarize an entire continent into a vast plain peopled by naked pseudo-humans. In the same measure, the city-dwelling Afropolitan, who constantly frowns at the image of her starving countrymen, is not speaking the voice of the masses. The idea is not to hit that elusive balance. I don’t know if there’s such thing as a balanced story in a place where more than 70% live below the poverty line. Contextualizing what’s on the ground might be a better way to go. To me, telling a balanced story is akin to the whole idea of art for art’s sake: narrating all sides of an experience without pursuing why the multiple realities within that experience exist, and why certain realities are so prominent that they drawn other realities. A note of caution: I do not seek to theorize my narrative bias, for one could still paint a balanced picture devoid of any context whatsoever.

“Manik knew what it was like to be young and hopeful.” Story of the Week (January 28), by Nadia Kabir Barb.

"...souls many, so many, Ramona/ lovers scarved with rainbows/ scattering galaxies out of sad earth." Poem of the Week (November...