Kim Addonizio, ‘Sonnenizio on a Line from Drayton’ 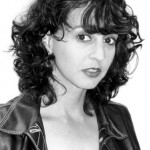 “Since there’s no help, come let us kiss and part;
or kiss anyway, let’s start with that, with the kissing part,
because it’s better than the parting part, isn’t it…”

As most readers of Eliot remember, ‘Immature poets imitate; great poets steal’: to put together her ‘sonnenizio’, Kim Addonizio creeps into Michael Drayton’s elegantly-furnished Elizabethan sonnet 61 and makes off with the first line. Not that Addonizio needs any help from ‘the towering dead’ to write a top-notch first line (she even has a poem called ‘The First Line is the Deepest’): ‘You Don’t Know What Love Is’, begins one poem, ‘but you know how to raise it in me/ like a dead girl winched up from a river.’

From petty literary theft comes originality: out of Drayton’s opening line, Addonizio constructs an entirely new form with an elaborate set of rules, repeating a word from the borrowed/shamelessly stolen line in every line of her own poem. The result is a loose sonnet that manages to be simultaneously a little bit silly and a little bit sexy, with Addonizio achieving the difficult feat of making Drayton’s time-travelling line perfectly at home in a 21st-century poem. 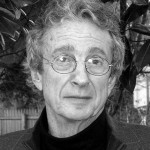 “…just to watch them is to feel again that hitching in the groin,
that filling of the heart…”

From a poem defined by its first line to a poem defined by its last… C.K. Williams’ ‘Love: Beginnings’ manages to be both unsettlingly voyeuristic and charming: an older male poet hasn’t looked this frankly at a young couple since Larkin reflected on the sexual revolution in ‘High Windows’ (‘When I see a couple of kids/ And guess he’s fucking her and she’s/ Taking pills or wearing a diaphragm,/ I know this is paradise…’).

Repetition is used to suggest that sex is at the core of the poem (‘Every glance moving toward the sexual, every glance away soaring back in flame into the sexual’): this is a piece about an onlooker getting an erection from watching the wordless interplay between two people in love, but it’s also an affirmation of love’s ability to temporarily triumph over time (or lust’s ability to temporarily triumph over sense), and set ‘the old, sore heart… snorting again, stamping in its stall.’ Which has to be one of the best heart-horse metaphors you’re ever likely to read. 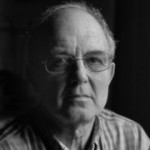 “I like your eyes, I like their fringes.
The way they focus on me gives me twinges.
Your upper arms drive me berserk.
I like the way your elbows work.
On hinges…”

One of the few romantic poems to rhyme ‘cower’ with ‘Schopenhauer’ (and, no less impressively, ‘Charlotte Russe’ with ‘reproduce’), John Fuller’s ‘Valentine’ is the poetic equivalent of what Neil Strauss and his merry band of pick-up artists call ‘peacocking’ (or just plain showing-off). Iambic tetrameter serves as the metrical foundation (with plenty of flourishes and variations) for a prolonged display of wit: Fuller jumps from Cathleen ní Houlihan to chess openings, from 19th-century German philosophy to Boolean mathematics, juggling ostentatious rhymes and plentiful literary references along the way.

There’s a fine line between impressing and intimidating, but ‘Valentine’ contains enough self-deprecatory humour to soften the show of erudition. An ideal love poem if your Valentine is, like both John Fuller and his father Roy, an Oxford academic. 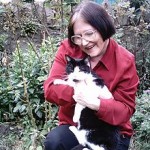 “There are times like places: there is weather
the shape of moments. Dark afternoons
by a fire are Craster in the rain
and a pub they happened on…”

The suicidal son in Nabokov’s ‘Signs and Symbols’ is diagnosed as suffering from ‘referential mania’, a disorder in which ‘the patient imagines that everything happening around him is a veiled reference to his… existence.’ In the white-hot early stages of a relationship, most couples will have experienced something vaguely similar (‘This song is about us’): the world conspires to prove your happiness.

In Sheenagh Pugh’s ‘Times Like Places’, a relationship encompasses ‘a North Sea gale’ spitting spume, an August day spent picking cherries, a ‘still, glassy morning off the Hook/ when it dawned on him they didn’t talk/ in sentences any more: didn’t need to…’ Each relationship creates its own map of the world, and ‘Times Like Places’ can be read as a reminder to cherish every location on that map. 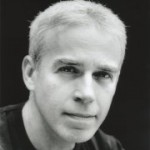 “…the stars we think we see on moonless nights
are long extinguished. And, of course,

this very moment, as you read this line,
is literally gone before you know it.”

Most love poems reflect back (everything from Hardy’s Emma poems to Frank O’Hara’s ‘Animals’), while a few look ahead with varying degrees of optimism (Marvell’s ‘To His Coy Mistress’, Walcott’s ‘Love After Love’). Michael Donaghy’s ‘The Present’ specifically acknowledges the impossibility of existing in the moment: ‘…of course,/ this very moment, as you read this line,/ is literally gone before you know it.’

Donaghy was adept at working within traditional forms, and ‘The Present’ is an iambic pentameter sonnet, although it’s so smoothly-written that you could be forgiven for believing it was free verse at first reading. It’s perhaps a love poem to poetry, too, reiterating the old hope that a poem can help hold the world still as time slips away (‘We have no time/ but this device of wantonness and wit’).

“I did not have much to do/ with god// So I believed my friends, and biked through traffic jams and rain,/ to find a Shiv Mandir, near Rangirkhari market…”
Poem of the Week (June 22), by Goirick Brahmachari.