Faiz Ahmed Faiz, ‘Be Near Me’ 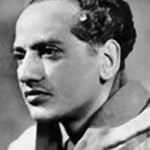 “You who demolish me, you whom I love,
be near me. Remain near me when evening,
drunk on the blood of the skies,
becomes night…”

Set beside the cool erudition of Michael Donaghy, Faiz Ahmed Faiz’s ‘Be Near Me’ is a molten display of passion. The Urdu vocabulary may appear simple enough to a skilled translator, but the emotions of a poem like ‘Be Near Me’ are almost impossible to translate into English: Michael Schmidt once wrote that ‘English English… is hostile… to the expression of direct feeling and sentiment’, and it’s hard to think of an English English poem which begins with a line as direct as Faiz’s ‘You who demolish me…’

It’s a testament, then, to the quality of Agha Shahid Ali’s translation than ‘Be Near Me’ is so successful as an English poem. Images like ‘evening, drunk on the blood of the skies’ and night’s ‘steel-blue anklets ringing with grief’ sing, even in their second language. 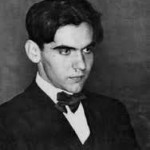 “Not for a single moment, Walt Whitman, lovely old man,
have I ceased to see your beard filled with butterflies,
nor your corduroy shoulders frayed by the moon,
nor your thighs of virgin Apollo,
nor your voice like a column of ash…”

When Michael Schmidt wrote that about the hostility of ‘English English’ to sentiment, he was referring specifically to a group of Spanish poets: Antonio Machado, Luis Cernuda and Federico García Lorca.

García Lorca’s ‘Ode to Walt Whitman’, from the posthumously-published Poeta en Nueva York (Poet in New York) is a tough poem to pin down — a mixture of surrealist imagery (its best-known image is perhaps Whitman with his beard ‘filled with butterflies’), sexual longing, and bitterness. At its heart is what would now be described as a rant, in which García Lorca (an openly gay poet executed by Nationalist troops early in the Spanish Civil War) denounces ‘Maricas (gay men)’ as ‘Murderers of doves!/ Slaves to women. Their boudoir bitches.’

If ‘Ode to Walt Whitman’ can be described as a love poem at all, it is a poem full of violently self-destructive love, a poem which sees the world as ‘agony, agony. Bodies dissolve beneath city clocks,/ war passes weeping with a million grey rats…’ 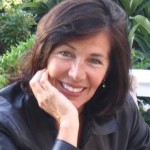 “I have seen his face
above my face, his mouth smiling, moaning
his eyes closed and opened, I have studied
his eyes, the brown turning gold at the centers,
I have silently watched him lying beside me
in the early morning…”

‘I know his loneliness… his private pain and pleasure,’ says the speaker, but the couple are shy and close to speechless outside the familiar routines of day-to-day living together. The speaker goes on to admit that ‘I don’t know him…’ Rilke’s infinite distances keep on expanding. ‘A wonderful living side by side can grow,’ Rilke adds, ‘if they succeed in loving the distance between them which makes it possible for each to see the other whole against the sky.’

Knut Ødegård, ‘Alt Dette’ (All This) 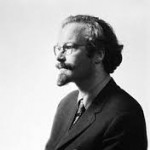 “All this that we call love –
where will it be, when the crows come?
For they will not take us both together. One of us
will be the first to lie out there on the ground dirtied by snow
down by the sea…”

‘When we grow old,’ asks Knut Ødegård, ‘where will our love be then?’ ‘All This’ is a love poem with death clearly discernible in the background, from the ominous crows in the second line to the lover’s womb ‘removed by a surgeon in Reykjavik.’ Trust a Scandinavian love poem to be gloomy…

Not that it’s all gloom, of course: there’s enough passion to keep a Spanish poet content: ‘you burn and want to have me/ like a force that smashes into the dams…’ But at the dark heart of ‘All This’ is the recognition that sooner or later, love leaves one person behind, and Ødegård’s poem addresses ‘That one of us who is left behind the window then…/ who wakes in the mornings and does everything/ we are familiar with’, only alone. 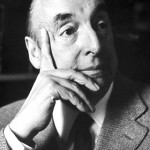 “I don ’t love you as if you were a rose of salt, topaz,
or arrow of carnations that propagate fire:
I love you as one loves certain obscure things,
secretly, between the shadow and the soul.”

In the English-speaking world, Pablo Neruda’s reputation rests almost entirely on his love poems (the epic Canto General, by far Neruda’s most ambitious collection, is overshadowed by Veinte Poemas de Amor, which he wrote at just 19). The passion in Veinte Poemas matured in Cien Sonetos de Amor, published in 1959 and dedicated to Matilde Urrutia, who became the poet’s third wife.

In ‘Sonnet 17’, Neruda’s love is secretive (‘between the shadow and the soul’), all-consuming and helpless (‘I cannot love any other way’); love, in ‘Sonnet 17’, is a form of self-negation (‘I am not and you are not’). ‘The progress of an artist,’ wrote Eliot, ‘is… a continual extinction of personality’; for Neruda, the progress of a lover is much the same.