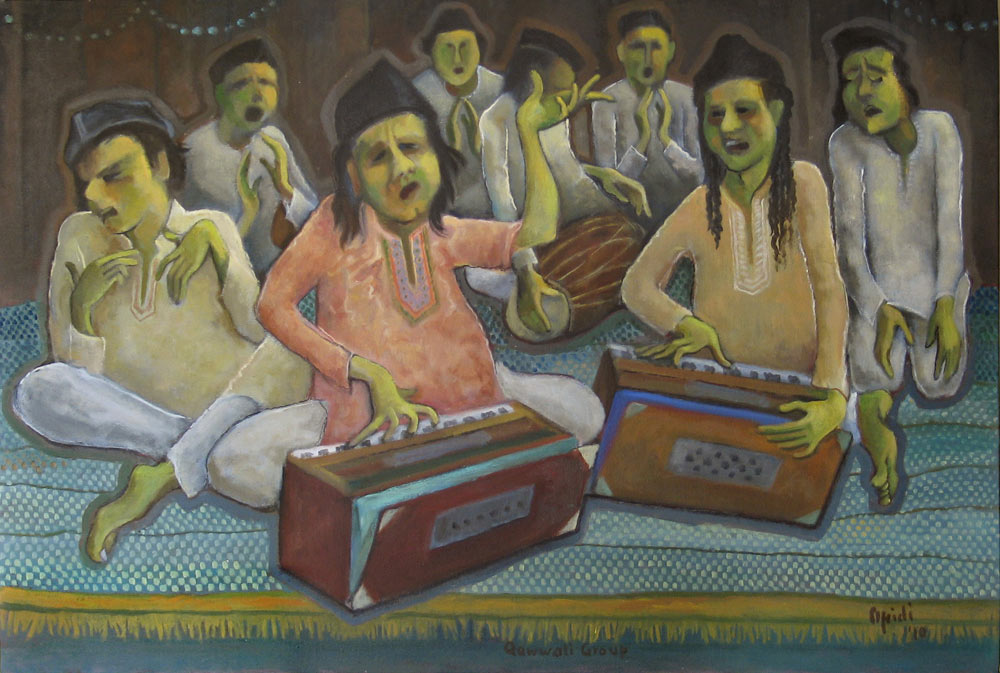 Disclaimer: This story is fictitious and does not bear resemblance to any wedding that the writer has attended in his life. The writer confesses that some of these events may have happened at some of the weddings he has attended either firsthand or secondhand. However, a resemblance to any character or event should still be treated as a by-product of the writer’s overactive imagination.

Life is no fairy tale. You have to fight through numerous failures. Among them: bad grades, college admissions, and weddings of distant friends (or worse, friends of friends). Most people have seen enough Bollywood and/or actual Indian weddings to have a general sense of what the Indian wedding receptions are all about. But here is a slightly over-the-top introduction if you haven’t.

The first thing you encounter at such a wedding is always the overly courteous host. For most of your acquaintance, this guy has started conversations with the trademark irreverence of Behen-daud or Maa ki Ghodi (which is along the lines of something that rhymes with motherducker). But cometh the big day, cometh the effusive exclamations — “I am so happy you came!” – followed by a series of overly enthusiastic hugs. At some point during the elaborate hug ceremony, in which the host goes around hugging everyone who arrived with you, you get a vague omen of things to come. But here, as in all other facets of life, you know you must soldier on.

On any normal day, the “elders” of the family couldn’t find a newspaper if it were right under their nose, but they manage to somehow spot you from a mile away at a wedding.
The second thing that inevitably happens is that, no matter how big or small your group is, there will be one person who fails to turn up. And the host will always notice. It wouldn’t matter if you turned up at the wedding with Sachin Tendulkar himself, the host’s first concern would always materialize as: “Rabi couldn’t make it? How sad. It would have been nice if he had come.” All you intend to reply to that is:”I drove twenty kilometres to your rib-breaking man hugs and forked out a thousand rupees so that your sister could have a nice gift for her special day. And all you want to talk about is that one guy who is lazing around back home with a beer in his hand? Fuck you.” Except what you end up saying is: “Yeah, sad.”

Speaking of gifts, everyone has heard that legendary statement: “You did not have to bring a gift. That is so nice of you.” All you can muster is a feeble, “Arre, no,” while thinking, I didn’t have to bring a gift? Could you not have mentioned that in the wedding card? I spent half my iPad savings on this!

The worst thing about gifts is not the cost, nor the effort you put into choosing them, but the actual process of handing over the gift to the bride or groom. Here is someone you’ve barely ever spoken to, and are hardly likely to ever see again, but for those few minutes of interaction, he/she is your greatest friend, wisest philosopher and ultimate guide. You stand there awkwardly trying to hand over the gift, while ignoring all the self-righteous glances of people waiting to pass on their much bigger presents, while the bride and/or the groom chooses to impart all the worldly knowledge this great moment has given him/her. Here’s how you should live your life. Here’s how to be lucky in love. Here’s everything you’ve been missing and more. At one point, you feel yourself physically resisting every violent urge telling you where exactly to leave the gift, but as we all know by now, patience is key.

In a strange way, the more distant the acquaintance, the more fortunate you’ll be. You are lucky if it is just a friend’s wedding, or that of a friend’s sibling. All hell breaks loose if you have the misfortune of being one of the relatives. You can try all you want to draw as little attention to yourself as possible, but it’s completely futile. On any normal day, the “elders” of the family couldn’t find a newspaper if it were right under their nose, but they manage to somehow spot you from a mile away at a wedding. In the furious decision-making about whether you should touch their feet or opt for a simple Namaste, you settle for an awkward bow as a compromise. All this before the real test: the questions and comments that follow. I would stand a better chance of surviving a life sentence in an Indian prison.

“You have become so thin. Don’t you eat?” (No, I consider it a complete waste of time.)

“When are you getting married? You have reached that age. Don’t we deserve to see a bahu (daughter-in-law) in our house before we depart this world?” (If only I could depart from the world myself right now.)

“Have you selected a girl? Is she Brahmin?” (I don’t even know who you are.)

Once you have braved your way through the interrogation, with the knowledge that there is a light at the end of the tunnel (read “dinner”), you hardly expect the concept to be taken literally. Beware the cameraman who roams round the room, halogen light in hand, trying to catch you mid-bite when you are most oblivious to everything, tearing apart that chicken with violent abandon. Thoughts of following him to the washroom and locking him in do enter your mind. But you resist.

The food itself is a bit of a journey. You invariably end up selecting the worst dishes to eat off the elaborate buffet. On your way back to your seat, people all around you are recommending that great mushroom dish or that amazing fish curry. And all you managed to stuff down was a few overcooked pieces of chicken and undercooked basmati rice.

And as with most Bad Indian things, the worst is saved for last. You cannot leave without being subjected to a formal photo shoot with the overzealous host, the groom with his faux bravado and bride with her artificial casualness that drives a hole through anyone’s heart. Everyone in the group wants at least two pictures: one with the photographer’s camera, and one with their own smartphone or camera. After fifteen minutes of all the fidgeting and retakes and assorted forms of melodrama, you are finally ready to leave.

The host promptly senses your discomfort from your previous bone-crushing hug, and adds an extra bear hug for good measure. “Thank you for coming. This would not have been half as good without you.” As if. Save those words for the groom. And thus an Indian wedding, with all its pomp and circumstance, is survived. And all it takes is a slight Deadening of Living Cells.

Sanket Mishra is a Computer Science Graduate who is presently working for a multinational company to feed himself. Writing offers him peace of mind and something to look forward to in life. In his free time, he is known to be a pessimist (bordering on cynic) and has turned roses black just by glaring.

"I see cracked brown hands/ pick a pair of amrood/ on two stems kissing like cherries." Weekend poem (May 11),...