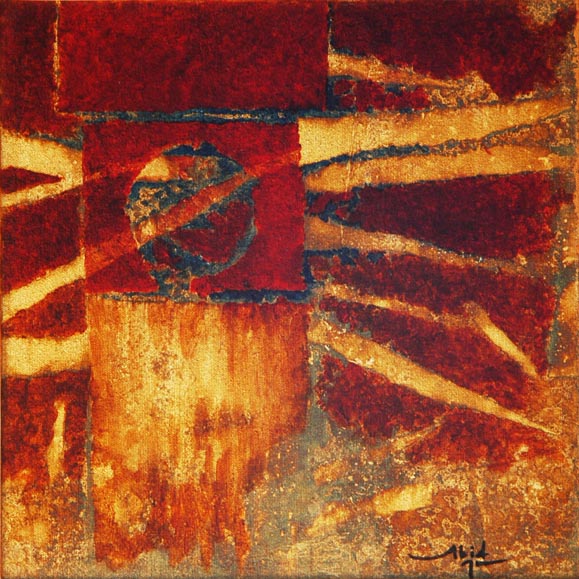 João squinted in the luminous African sun that was creating heat ripples on the tarmac.  The humidity was oppressive, the air putrid.  A dead bird, its entrails exposed, was gently roasting on the simmering concrete near the aircraft’s landing gear.  A second bird pecked at the carcass.

João briefly paused at the threshold of the ramp propped against the plane’s hatch, wiped his brow and, casually tossing his jacket over his shoulder, descended down the metal steps, inhaling the sweet odor of jet fuel as he went.  When he reached the bottom, he followed the other passengers towards the main gate, above which a sign missing several letters read: “Aerpoto Intercionl de Maputo.”

João ambled wearily towards the main terminal, an unventilated expanse decorated spartanly with yellowing posters of palm trees and beaches.  A sign directed those disembarking into three lines: one for Mozambicans, another for southern African residents, the last for everyone else.

João joined a queue in the third line behind a handful of passengers who, like him, were loosening their garments in the oppressive heat.  When his turn came, a rotund woman with thick glasses and a sweat-stained uniform leafed through his passport indifferently.  Without looking up to confirm that the resemblance of the person in the travel document’s photo matched that of the passenger standing before her, she stamped the passport and lazily motioned for the next passenger to approach.  João was waved through customs without having to utter a word.

The baggage carousel was just beyond the customs line.  No sign indicated which flight corresponded to the luggage it would circulate.  None was needed.  It was obvious by the low volume of arrivals.

Minutes later, the rusty apparatus sprang to life with a piercing screech that sent a few birds perched on a nearby rafter scurrying.  Passengers on João’s flight from Johannesburg waited patiently for their bags as the oil-deprived contraption creaked and whined.  Finally, bags began to emerge.

João retrieved his valise and, after withdrawing money from the airport’s single ATM, exited the arrival gate where several policemen stood smoking, taking little interest in the surrounding commotion caused by the exiting passengers.  As João turned towards the terminal’s main exit, a crowd of cab drivers motioned furiously at him.  “Senhor, Senhor,” they cried out.

João knew how things worked.  Not that he resented it.  The boy, like everyone in this country, was trying to squeeze out a meager livelihood against great odds.
João momentarily paused, sizing up his options.  Then a boy pushed his way through the rabble, brazenly marched up to him and, in one quick motion, grabbed the handle of his valise.  He pivoted and began wheeling the bag outside, pointing to a cabbie as he went, making João’s selection for him.  Slightly taken aback by the boy’s temerity, but only because he hadn’t been in Mozambique in 12 months, João obligingly followed his lead.

João, the cabbie, and the boy made their way to the taxi and, when the cabbie opened the trunk of his vehicle, the boy, who was probably not much heavier than the valise himself, heaved it in roughly.  He then turned to João and, with a distressed expression, made a gesture that mimicked placing food into his mouth.  “Por favor, Senhor.  Por favor.  Estou com fome,” he pleaded.  He was hungry.

João anticipated the request.  He knew how things worked.  Not that he resented it.  The boy, like everyone in this country, was trying to squeeze out a meager livelihood against great odds.  “A necessidade não tem lei, mas a da fome sobre todas pode,” João thought, recalling the Portuguese proverb, “Necessity knows no law where there is famine.”  Yet he had erred.

Typically, he brought pocket change left over from previous visits, but on this occasion he had forgotten.  As a result, the smallest denomination of Mozambican Meticais he had was that dispensed by the ATM, which was the equivalent to €6, far too much for a task that he had neither solicited nor needed.

João managed to fish out his backpack a spare €1 coin and, thinking it more than reasonable compensation, handed it to the boy, who was still grimacing.  The boy recoiled.  “I can’t change that,” he said with a gasp.  “It’s no good.  Meticais.  I need Meticais.  Or Rand,” he added, referring to the South African currency.

“I’m sorry,” João said in Lisbon-accented Portuguese, “it’s all I have.”

“No!  I saw you get money,” he bellowed, pointing to the airport terminal.  “You have Meticais.  You have what I need!”

João shrugged while getting into the vehicle.  “Really, I’m sorry,” he repeated, rolling down the window.

The boy’s eyes pulsed with hostility.  As the taxi wheeled around, he shouted with a scowl, “Go to hell, you dirty Portuguese dog.  Go home!  Leave!”

The confrontation didn’t dampen João’s spirits.  He was happy to be back in Mozambique regardless, and promptly engaged the cabbie in light banter during the 15-minute ride to the Southern Sun Hotel, located on the waters of the Indian Ocean.

“…they turned the barrel towards us/ but I didn’t see it, I was busy pulling that boy down, underneath/ my guard…” Poem of the Week (December 2), by Deonte Osayande

Reinventing the Reel: X-Men: Days of Future Past

Film critic Jay Sizemore writes on why 'X-Men: Days of Future Past' gets the franchise back on track.