What a World Cup this has been so far: we’ve had decisive victories and close finishes, a few moments of controversy, a few favourites falling at the first hurdle, and an early exit for England. Some observers are already calling it the best Poetry World Cup (indeed, the only Poetry World Cup) in living memory, and it’s only going to keep on getting better… starting with today’s all-European match-up between Finland and Ireland.

Kat Soini is first up, representing the nation of Sibelius, Sillanpää, Saarikoski and Lordi. She describes herself as ‘a Finn living in the UK, trying to keep a foot in each country but falling somewhere in between.’ Her poetry has previously appeared — under a different name — in two print anthologies, ‘Power of Love’ and ‘Best of Manchester Poets (Vol. 2)’.

Her opponent today is Anatoly Kudryavitsky, representing the nation of Yeats, Kavanagh, Heaney and Jedward. Anatoly Kudryavitsky was born in Moscow and now lives in the Republic of Ireland, where he is a member of the Irish PEN and chairman of the Irish Haiku Society. In 2010, he served as a judge for the Dublin IMPAC Literary Award. His work has been translated into twelve European languages, and he has appeared at various international literary festivals. 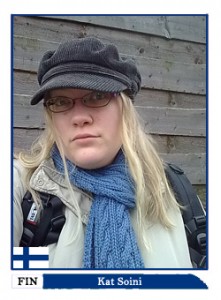 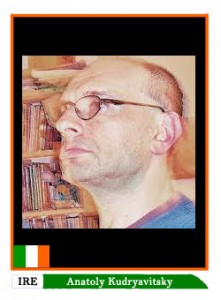 In the back room of a bar
we made a deal:
your scars for my love,
the only things we had left
to barter with.

You sold your soul last week
for a pocket watch and
a faded photograph of a blue sky.
I lost mine some time ago,
like a dream I forgot in the morning
and didn’t know to miss…

Lost in the Flow of Time
For Tomaž Šalamun

Names and butterflies flutter around
while the literati picnic on the grass.
Oblivion oozes its way through

the last sunbeam. From a time-warp,
out comes the centennial dusk and shapes into
the words: “In fact, the world was a dwarf.”…

“Like water, Art must find its level. It cannot be all things to all men.” In the week of his 70th birthday, McDonald Dixon talks to The Missing Slate’s Jamie Osborn.

Is there further World Cup misery in store for England today?