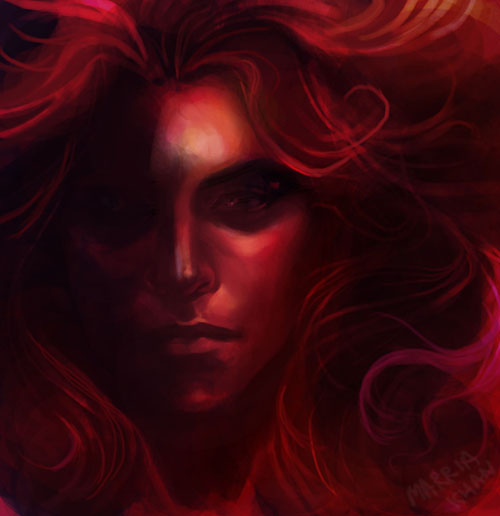 The girl addressed as “you” in countless poems
escapes. She’s sick of being told
what she knows perfectly well
she saw and did and what she might
have thought. She remains quite hetero
but can keep it to herself and wishes
they would. Her beauty
(dark, fair, unspecified, but in any case
extreme) has become more debt
than capital, and now in some odd way
she swallows it; the dogs
she has often seen following her
whine, sniff aimlessly, scatter and leave her
enjoying that invisibility,
a “great personality.” The poems
wither and hush in anthologies;
only the bitches,
Lesbia, Celia, laugh and hold their own.
She emigrates to a country
unlamented on earth but which persists in the mind,
from which an engineer
once fled to the West to become
Miss Universe. Our heroine
retraces those steps, designs circuits, earns
a kiss from the Party Secretary.
Her neighbors are an older couple,
perfectly nice though they combine
all possible neuroses.
They’re the parents of a number of her poets,
who wrote about them when they weren’t writing about her.

Frederick Pollack is the author of two book-length narrative poems, ‘The Adventure’ and ‘Happiness’, both published by Story Line Press.  He is an adjunct professor of creative writing at George Washington University.

“This is not a suitcase or a fleeing day. This is not Arabic jazz or a city of lights.”
A poem against borders, by Nathalie Handal.

In a cosmopolitan metropolis like Dubai, a thriving business and cultural hub, live music is a concept often restricted to massive,...