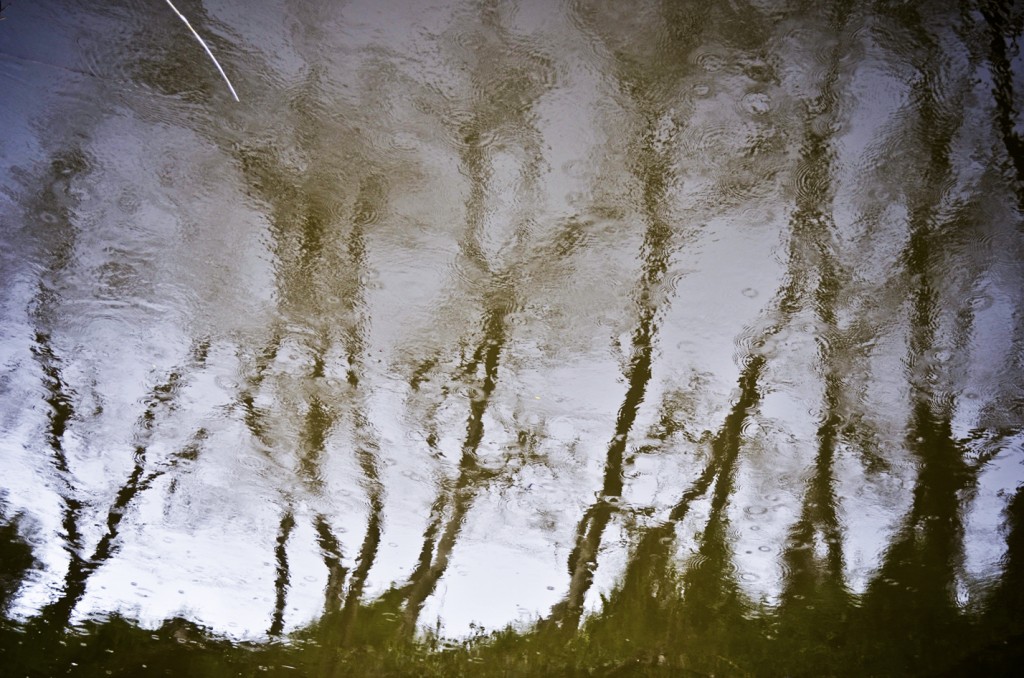 The air pulses with clapping hands, the ground beats with pounding feet.  The village elder folds back the last of the rotten lamba shrouds, and the bones lay gray and exposed in the desert air.  A hundred voices rise together, tuneless and rhythmic.  Cassandra stands among the villagers just inside the mouth of the canyon, but she doesn’t know the chant, she doesn’t feel the rhythm, and so she stands alone, hands awkward at her sides.  She has never seen human bones before, but this only the latest in a long list of Madagascar firsts.  She tries to feel awe, or reverence, or loss, but she did not know the man, so for her there is only a failure of sympathy.  The villagers knew him.  They speak in low, respectful tones.  But to Cassandra, the bones are just the relics of a religion she wants to believe in but can’t.

The old man removes the first toe bone, and places it on a sheet of new raw silk.  He takes the next bones in turn, the tiny toes, the feet, the ankles, the large tibia and fibula that seem obvious and easy compared to the delicate tarsals.  In her head, Cassandra names each bone as the village elder handles it.  The villagers would be uninterested in the names, perhaps even offended, but that she can remember them all pleases her in a small way.  It helps ground her, this recitation of facts, something solid to hold on to amid constantly shifting values and expectations that she barely understands, and cannot fulfill.  The village elder works his way slowly up the body, focused, attentive to each bone, even the tiny hammer, sickle and horseshoe of the inner ear.  He is careful not to miss a single one.

Cassandra’s world is made up of transect lines, survey protocols, DNA sequencing of the baobab trees she is studying.  Back home, she spends much of her time in a laboratory under florescent lights wearing latex gloves, operating machines made of polymer and silicon.  There, the amputated limbs and harvested organs of her trees are reduced and reduced and reduced again into their essential parts.  There, they are out of their element.  They are autopsied.  She will write a journal article about her studies here.  It will be read by other people working under florescent lights, wearing latex gloves.

Here in Madagascar, her trees are beautiful.  They stand sentinel and solitary among the rupicolous landscape, their purple-gray bark marrying the blue sky with the red earth.  Some of the baobabs she studies are over five meters in diameter, over two thousand years old.

From the group of men, Cassandra feels Jaomora, her guide, watching her.  He has maneuvered himself so that he is standing just off her line of sight as she watches the village elder turn the bones.  Joamora doesn’t understand the distinction between a professional and a personal relationship.  Joamora’s wife is a decent woman, raising eight sons with no daughters to help.  Cassandra wonders sometimes if Joamora’s wife wishes she would join the household, for the help with the washing of dishes, pots and clothes.  Joamora is a big enough man in the village he could have two wives.  And what wealth if one of his wives was a white woman.

To avoid making eye contact with her guide, Cassandra looks away from the body and over into the canyon.  Sunlight saturates the copper and rust of the sandstone, while reflections from the stream cavort on the canyon walls.  Cassandra stands still among the thrusting village women, the waves of their chant squeezing like hands against her ears.  The ferns along the stream bank twitch in a different wind.  Cassandra is disoriented, dizzy.  The ground continues to throb beneath her feet.  The clapping and chanting press upon her; she cannot hear anything past the wall of human sound.  She needs air.  Trying to ignore Jaomora, she focuses back on the old man and the bones.  The elder places his ancestor’s skull on top of the pile of relics, then wraps and ties the new silk shroud.

The Malagasy say that in the time of the ancestors, the baobabs wore huge round canopies heavy with silver-green leaves.  From their great height they surveyed the other trees and plants, deciding they were the most majestic, like unto gods.  The gods became angry at the trees’ arrogance, and as punishment, ripped them out of the earth and planted them upside down.  This is why the canopy now is flat and root-like, branching sideways from the trunk but growing neither up nor down.

She doesn’t know the village elder’s name—he is simply “Dadá.”  The elder.  Joamora’s wife is “Mama’ny Justin,” Mother of Justin, Joamora’s eldest son.  Only children have names here.  She doesn’t care to know the village children—they scream and kick at her the same way they torture their emaciated, mangy dogs.  Justin and his brother, Guitot, like to peak through the canvas enclosing the pit that serves as her toilet.  They threaten to pull down the canvas wall as she squats, it’s a game for them, and the village mothers laugh encouragement to the children.  So she doesn’t know the village children, nor the women without the children’s names.  She also suspects that “Jaomora” isn’t her guide’s real name, but one given to strangers.  Names are powerful; people protect their names here.  Cassandra is a scientist and doesn’t believe in witchcraft, but sometimes she feels foolish for having given them hers.

The villagers say there is a door there, at the end of the canyon.  Jaomora says it is fady.  A taboo place.
The villagers leave the cleft at the base of the cliff and walk toward the stream.  The air is so hot Cassandra doesn’t want to breathe it in.  Nausea sours the back of her throat at the base of her jaw.  The men walk together, separate from the women.  When Cassandra first arrived in the village, she had stayed close to Jaomora at village gatherings—back home she preferred the company of women, but out here Jaomora was someone familiar.  At her first big ceremony, the first haircut of an eighteen-month-old toddler, she was told to go sit with the women.  Joamora was embarrassed about having to tell her to do it.  Now, she walks with the village women, who are all afraid that she will use her white skin and long straight hair to steal away their husbands.

Their husbands all want to possess her.  She has become cynical about it, like so many other things, but she has not yet succumbed to being possessed.

The villagers carry the bundle to the stream, and, wobbly, Cassandra breathes again in the shifting air.  She looks north into the depths of the canyon, then quickly looks away before the village catches her staring.  The villagers say there is a door there, at the end of the canyon.  Jaomora says it is fady.  A taboo place.

At the stream, with the bundle, the village calls to the ancestors with their voices and their hands, their feet, their bodies.  The village elder unties the bundle, and carefully washes each bone in the stream.  The villagers invite the ancestors into the land of the living, calling on them to possess the sky, the rocks, the trees, the bitter air on the leaves of the hanging ferns.  The village entreats the ancestors to accept the dead man into their ranks.  Stamping their feet, they insist.  Clapping their hands, they threaten.  Calling with their voices, they argue and chasten and finally beg.  A gust of wind blows through the canyon, a robinchat takes to the air, and gathering its light to itself the sun disappears behind the lip of the canyon wall.  A cry races across the water and echoes through the rock walls.  The bones have been turned.

Cassandra knows that tomorrow the dead man will be reinterred in a cleft in the rock three hundred feet up the sheer cliff face.  But that will be tomorrow.  Tonight, until the sun returns, the ancestors possess the land.

“I’m sitting in an incensed fog. In an odd way, it’s slightly comforting. It’s just me here.” Story of the Week (October 28), by George Salis.

"Jorge stopped being Jorge the first day he went up to the roof." New Voices writing competition runner-up, by Dan...