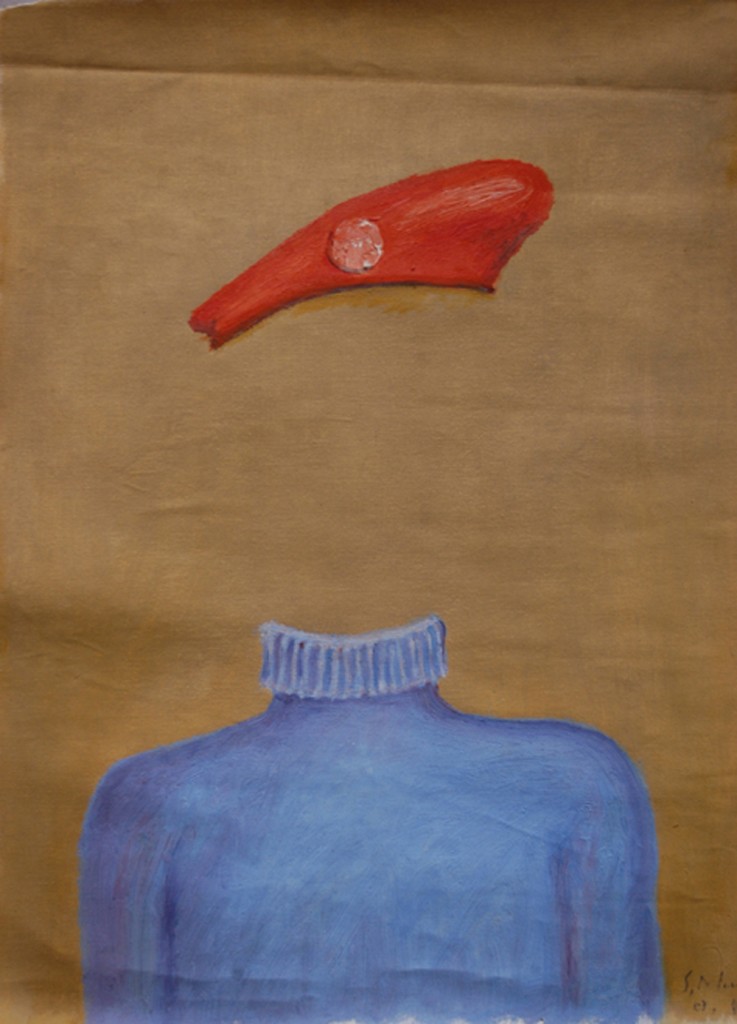 Can you see them smiling?

We are a nation who loves our martial heroes. We look up to them for their professionalism, for their bravery, for their patriotism that none of us can ever seem to match. We love them for the exploits of war and valour they tell us about in stories and dramas and songs. We name streets, residential areas, roundabouts, shopping malls, shooting arcades, national holidays after them. We put them up in our stamps and our stickers; we allow them to populate our imagination and our mythologies. We let them make up history as fiction, and we stand by when they tell us they don’t like our fictions so they’ll be getting rid of them.

The assumption that these men were riding off to their deaths becomes more entrenched… they seem achingly innocent
This picture is a product of their fictions. It stands not on its own, but as a culmination of everything soldiers represent. When I show this picture to others, they sigh softly at how generous the smiles are, how expressive their eyes seem. There is an inherent tragedy that we ascribe to all soldiers, I suppose, where we feel that their ultimate fate will always be a heroic death, even though it’s usually heart disease that overcomes them in the battlefields of their air-conditioned drawing rooms.

But this picture is old, so when you or anyone else looks at it, the assumption that these men were riding off to their deaths becomes more entrenched. Look at them — riding horses with no helmets or even camouflage, bereft of guns and radio and helicopters and missiles — they seem achingly innocent, the lack of sophistication in their killing instruments imbuing them with a sense of heightened nobility in our minds.

Sometimes, I am told this picture feels like from a time “when men were men.”

I’ve always found such anxiety about a more masculine past slipping away through our finger to be so hilarious. When do men actually stop being men? How does this sentiment ever even gain rational acceptance?

People don’t like it when I get like this, all angry and questioning. They tell me to not overthink these things, and if I must overthink then not to say them out loud, and if I must say them out loud then to say them amongst friends who have learnt to accept me. But saying these things out loud in public is just a way to make myself look bad, they tell me. It makes me look bitter, I’m told, and once someone even said, it makes me look like I have an agenda.

That’s when I show them the pictures. First I show them this one, with smiling soldiers waving at me as they go away, the moment captured when I had shouted out at them with my camera and they had all turned to look as one. Then I show them the second picture, taken from the same spot but with camera facing me. I show them my swollen eyes, my bleeding mouth, my torn clothes, and my crooked legs.

Two pictures — shame and honour, war and its warriors, a woman and her rapists.

Ahmer Naqvi is a freelance journalist and filmmaker, currently living in Islamabad, Pakistan.

Ben Hynes begins his coverage of the 2014 Vancouver International Film Festival with capsules on ‘Two Days, One Night’, ‘Goodbye...