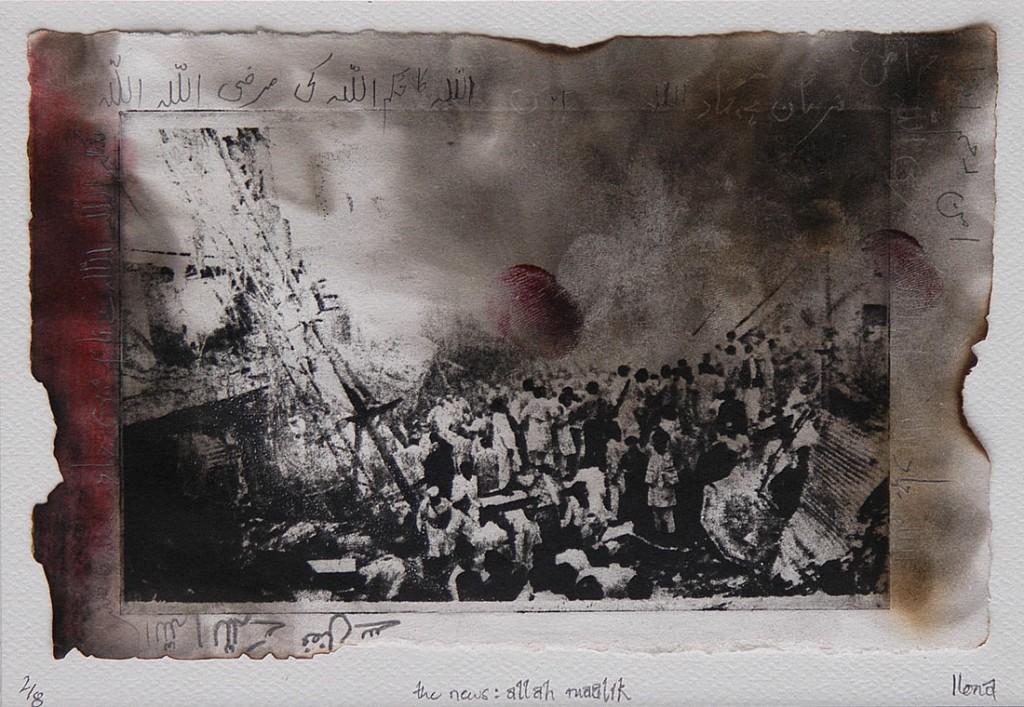 Arguing for art in the sociopolitical

In his 1897-published book, ‘What is Art?’, Leo Tolstoy described art as “one of the means of intercourse between man and man”. We know this to be true when we’re standing beside strangers in an art gallery or museum, gazing at an artist’s work. You might overhear a discussion between patrons, one praising the artist’s craftsmanship and the other criticizing its overarching message. As opposing as their responses may be, what transpires in this interaction is exactly what Tolstoy wrote about. The creator, the producer of the art, invites spectators to study his / her work, engage with it, learn from it, ask and ponder questions, leave it in a state of undress. History has observed that mankind has used art for a great number of distinct functions, which is why the purpose of art cannot be compressed into a single concept. Much like music and writing, art – in its own unique way – is created and enjoyed for different reasons.

The relationship between art and politics is not a new one, dating back to the early 1900s, perhaps further still. Prominent artists, such as Pablo Picasso, have used art as a medium of expressing their displeasure towards objectionable socio-political circumstances. When German and Italian warplanes bombed a village in northern Spain during the Spanish Civil War in 1937, Picasso responded by painting the atrocities of war and the suffering of civilians and communities in Guernica. Upon completion, his work made a brief trip around the world, publicizing the war to an international audience. Another example of an artist who found art instrumental in exposing cruelty is Susan Crile. She translated the images of American soldiers torturing and abusing prisoners at Abu Ghraib into drawings. Without sparing her audience, Crile’s sketches, paired with short captions, are graphic and horrifying, showing that there was no justice in the inhumane treatment of Iraqi prisoners in Baghdad.

Art is a key element in contemporary social activism because more often than not, it takes visuals to get an important message across. Through this medium of communication, avant-garde artists can produce knowledge and interact with unsavory political systems. Furthermore, art activism is a visual representation of what’s already embedded in us. It speaks to our frustration, hoping to empower us to do something about it. When dialogue isn’t possible in socio-political conflicts, art steps in to protest. Call it a creative dissent; an intimate encounter between freedom of speech and artistic expression. A prime example of this is the 2014 Hong Kong protests. When the Chinese government announced that candidates required the approval of a “centrally controlled nominating committee” in order to participate in Hong Kong’s first full election in 2017, frustrated citizens took to the streets to show their objection. As a result, protestors decorated downtown Hong Kong with doodles, stickers, laminated flyers, banners, yellow ribbons and a growing collection of messages from supporters on post-its. The pièce de résistance to the 2014 Hong Kong protest is a 10-foot tall wooden statue with a yellow umbrella clenched in its fist and held high. Though the artist, a 22-year-old sculptor who goes by the pseudonym “Milk”, did not give the piece a title, soon enough, passersby started calling it the Umbrella Man. Standing outside the government headquarters, what initially began as a shield against the teargas and pepper-spray fired by police forces became an image of defiance and a symbol of pro-democracy for demonstrators. It seems that even in the midst of chaos, mankind’s creativity is not hindered. If anything, it is fueled.

Perhaps politically-motivated art is not supposed to change the world because for it to bring about lasting and drastic change would require its audience to act as a result of its message.
The same can be said of the Arab Spring, another event that demonstrated art as an instrument of protest. Prior to the revolution, street art was a rare sight in Cairo and many other cities in the Middle East. Now, their streets flourish with testimonies of resistance and triumph, bravery and suffering. To document the people’s political dissent and fight the country’s corrupt political system, local avant-garde artists have turned city walls into canvases. These fervent messages, combined with striking and powerful imagery, narrates the tiresome yet hopeful struggle of their journey. Take a look at the West Bank barrier too. It is heavily marked by the manifold voices of artists from both sides of the Separation Wall, some with drawn and written accounts of what would otherwise not be published in the news. In contrast to the Hong Kong protests, some of these artists have paid with their lives for using street art to defy tyranny. For example, Kais Al-Hilali, a Libyan political artist known for his satirical cartoons of Gaddafi, was shot and killed on March 2011 while painting another one of his political street murals across Benghazi’s walls. Revolution art may be the quietest form of protest, but any freedom of expression is often stifled by anti-revolutionary forces for the sake of power preservation.

In the words of Schumann, perhaps the duty of an artist in a world that, for the most part, is politically and socially suffering is “to send light into the darkness of men’s hearts”. At the end of the day, this is what art influenced by the socio-political is: expressions of opinions aimed to facilitate social and political reform. Ernst Fischer once said, “In a decaying society, art, if it is truthful, must also reflect decay. And unless it wants to break faith with its social function, art must show the world as changeable. And help to change it”. You may disagree, but perhaps politically-motivated art is not supposed to change the world because for it to bring about lasting and drastic change would require its audience to act as a result of its message. Perhaps socio-politically influenced art, like its cosmically dissonant counterparts, is meant to act as a messenger – a catalyst for change – reminding the populace of the malaises of the world we inhabit. It is an artist’s letter to society and if left untouched, it will continue to speak its beliefs to the generations that follow.

Gimel Samera is an articles editor for The Missing Slate.

“As far as she was concerned, “The Visitor” was an old, irrelevant, and uninteresting story with nothing to say about her own time or her own needs.” Story of the Week (August 18), by Alzo David-West.

Independent I: An Interview with Charles Pinion