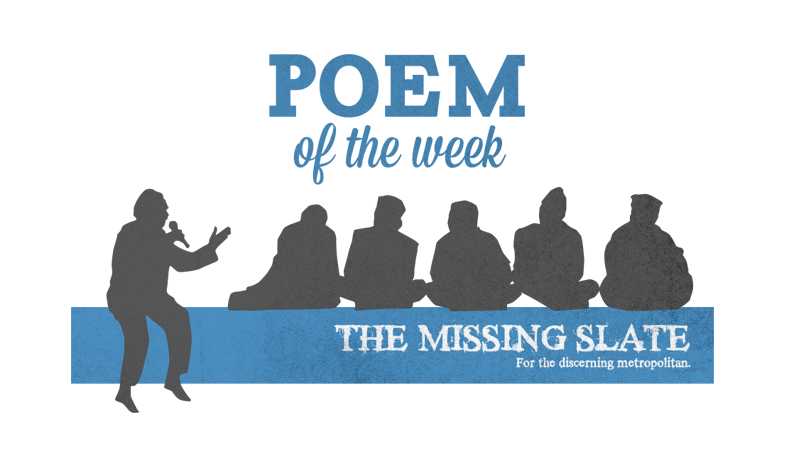 “The cartoon I wanted to do this week was a very benign, gentle, sweet depiction of the Prophet Muhammad stroking a cat, as he does in his legend about the cat Muezza, wearing a Not In My Name t-shirt.” ~ Martin Rowson, British cartoonist.

Muhammad,
I was never allowed to be
on a first name basis with you.
You were ornate with suffixes, prefixes,
addresses, intimidating adjectives.
So when I lost you, I felt it no deeper
than formality.
It was caricature that forced me
to remember someone I almost knew —
The man with the cat on his torn sleeve
The man with the blood in his sandals
and forgiveness on his lips
The man in sajda with a toddler on his shoulders.

Muhammad, like every other man I have lost
I do not think you will return to me.
I kept trying to reach my fingers out
to you on that red carpet
but your stern bearded bodyguards
would not let me through
(If I could just have touched the hem of your robes!)
Though I was kept so far from you, Muhammad
I made a room for you in my small seashell world
but I have forgotten exactly how you fit into it.
Once you have lived without something
you cannot consider it essential again.
Once you have seen the darker side
of divine male benevolence
you cannot make it shine again.
I suppose it was childish revenge —
having been declared impure, I sullied you too.

O Muhammad, Muhammad
oh the many faces of you!
And all so terrifying to a little girl
except, except
The man with the cat and the cotton balls
O elusive Messenger
when precisely did you become
another man I had to tear out of my heart
just to be able to breathe?

(don’t you have to capture someone
before you cast them out?)

O Muhammad,
Muhammad of loose leaf tea
and peace protest banners
Muhammad at the kitchen sink
Muhammad the social justice warrior
Muhammad with cat fur on his robes
Muhammad the tree planting volunteer
Muhammad picking up the litter other people have dropped.
Isn’t it blasphemy, after all
to call you divine?

Muhammad, be fair
You know I did not banish you
or your God.
I simply took vacation days
and decided not to come back.
I could no longer walk
with that incoherent land under my feet.
I do not miss it at all.
Except —
the echo of the man
with Muezza in his lap.
but that is a poem I cannot write.
that is a cartoon we cannot draw.

Editor’s note: The writer is based in Pakistan: given the subject of the poem, the editors have decided to publish under a pseudonym and without accompanying artwork.

"He will die for you but ignore your texts,/ and change the subject if you mention sex." Weekend poem, by...