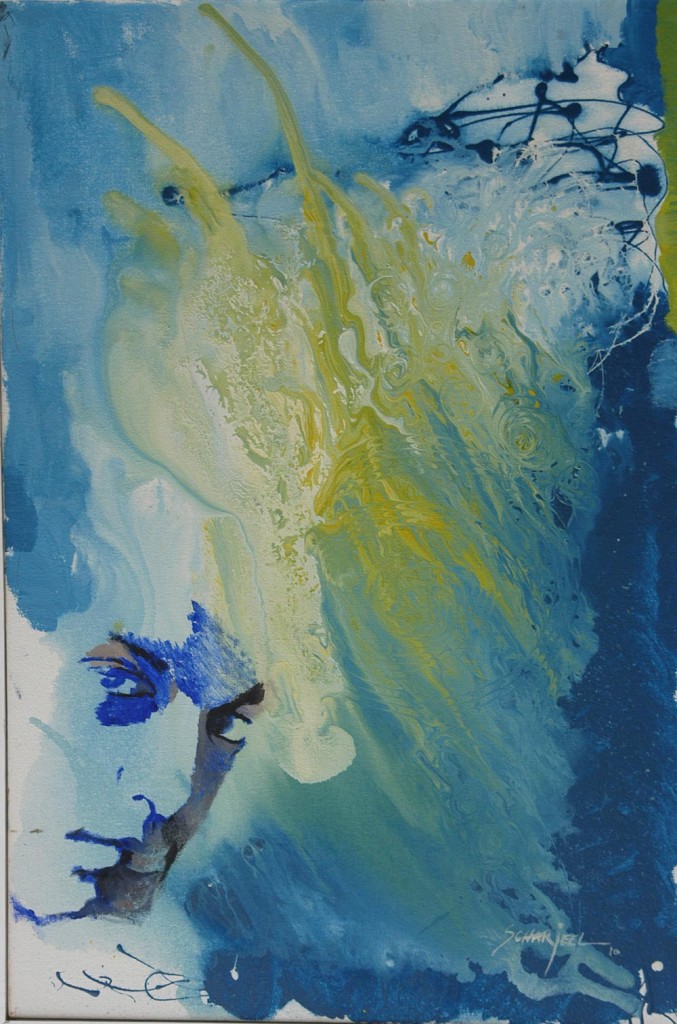 We cannot all see the dreams in the same way by Scharjeel Sarfaraz. Image Courtesy: ArtChowk Gallery

Our small aims outstripped the pavement’s grey
Borders, like a suitcase burst with the weight
Of its purpose. Gradually the morning was broken
By our steps, like a first word uttered
From innocuous lips.

Where we rested in rooms, the cool light
Enveloped us like silk. Before the gulf
Broke like a mirror, and we saw ourselves in a fragment
Of seaweed drifting further and further
From the corollary. Our portrait
Sprawled like a garment.

On waking I tried to remember
Nothing of my dream, which felt like velvet
Brushed the wrong way. It left me
Speechless, as in a coma

Where dropping from the picture, I passed
The wallpaper, crumbling flowers.
Only then I sensed too late
A departure from the norm.

Now we look around for others
To give us directions, before the density of night
Sets in, and we are lost
In double-stranded words,
As grey as clouds.

Dominic Hand is a first year English undergraduate at Oriel College, Oxford. He won the Christopher Tower Poetry Prize 2014. He also won the Foyle Young Poets Award 2014, and was commended the previous year. His work has also been published in Ash Magazine, NOTES, and the Young Poet’s Network. His major influences are J. H. Prynne, Tom Raworth, John Ashbery, and the French Surrealists. He also devotes much of his time to painting.

"The slimy bastards come strolling in, poking around in our past, and we open up like little birds. Tell our...