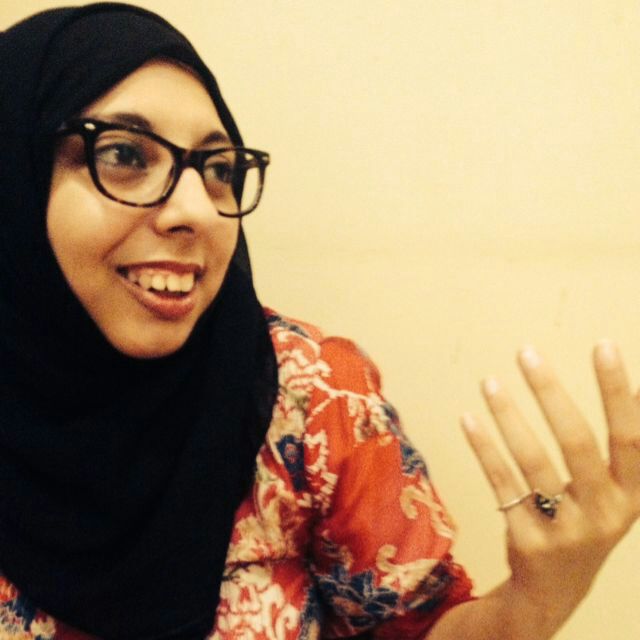 One of The Missing Slate’s raisons d’être is our commitment to helping talented new writers reach an international audience: even so, this is perhaps the first time our Story of the Month comes from a previously unpublished author. Zuha Siddiqui, an aspiring journalist and an undergraduate at LUMS, continues our Author of the Month series by telling Umamah Wajid about the benefits of a child narrator, the advantages of writing fiction rather than writing history, and the inspiration behind her characters.

What drew you towards writing about East Pakistan/Bangladesh in the 1970s? Is historical fiction a genre of particular interest to you?

I believe fiction possesses the ability to reveal stories that facts, figures and historical accounts tend to gloss over; it explores nooks and crannies and divulges details that one wouldn’t expect a news report or a feature or a blurb in a textbook to expose. Which brings me to ‘Escape’: I found myself writing this story because my childhood has been dotted with vivid accounts of my grandmother’s escape from East Pakistan in the 1970s. I remember the highs and lows of her voice as she struggled to describe how a place she called home morphed into her worst nightmare. Whilst writing, I made a conscious effort to distinctly divorce what I’ve read about the course of events that led to East Pakistan declaring independence in 1971 — in history books, journals and the works — and focused primarily on my grandmother’s eyewitness accounts in order to weave and construct my narrative. The idea was to show the uncertainty and inconclusiveness that ties into an escape. Once you escape, how do you reconstruct your life from scratch?

The story is told in beautifully honest, innocent prose. I’m interested to know what inspired you to write it from the perspective of a child.

I purposefully chose to write the story from the perspective of a child because children, in their innocence, tend to be wonderfully observant, honest narrators, devoid of preconceived notions and judgements. In the process, they tend to recount events as they are, as opposed to what they perceive them to be. For instance, the child finds it very difficult to comprehend Bua’s sudden antagonism towards him and his family, given that she wasn’t a stranger and was granted the liberty of residing in his house. Simultaneously, although he is very observant of changes taking place around him — Bua’s resentment, Munaf’s threat, Rufus and Auntie Pam leaving Tea Gardens — in his innocence, he is unable to string the events together or pin point particular individuals as antagonists.

Children, in their innocence, tend to be wonderfully observant, honest narrators, devoid of preconceived notions
When narrating a story in the voice of a child what elements, in your opinion, are essential to keep in mind? What difficulties, if any, did you encounter?

Maintaining objectivity is essential. This is something I struggled with throughout; placing my own biases and preconceived notions on the backburner and wholly and solely adopting the impartial, unprejudiced voice of a child who struggles to comprehend sudden changes of character and complex usage of words.

‘Escape’ is arguably a character-driven narrative, with complex characters like Daddy and Bua. What inspires you when it comes to writing characters — are your characters usually based on your own observations, or are they archetypes?

I like to think of my characters as people who evolve as the story progresses, depending on what situations the narrative places them in. They’re not archetypes per se, but I try to establish or associate particular traits with one character and maintain them throughout the story. Daddy, for instance, is constantly gruff, stoic, maintains a no-nonsense air, even during his family’s escape.

Can we look forward to reading more from you in the future?

Yes, most certainly. ‘Escape’, being my first published piece of fiction, has helped me gain a foothold as a writer. I currently have several projects running — fiction, as well as non fiction — one of which involves accounts of refugees after the partition of India. Stories derived from personal observations or experiences seem to have established themselves as a common thread throughout my work. I hope to eventually enroll myself in a Master’s programme in Journalism, and keep myself busy writing until I do so. Let’s see how things work out!

Senior Articles Editor Aaron Grierson wonders when the idea of the “high school sweetheart” morphed into the “chatroom sweetheart” or the “Facebook sweetheart”, or more generally just “the sweetheart I’ve only ever Skype’d with”.