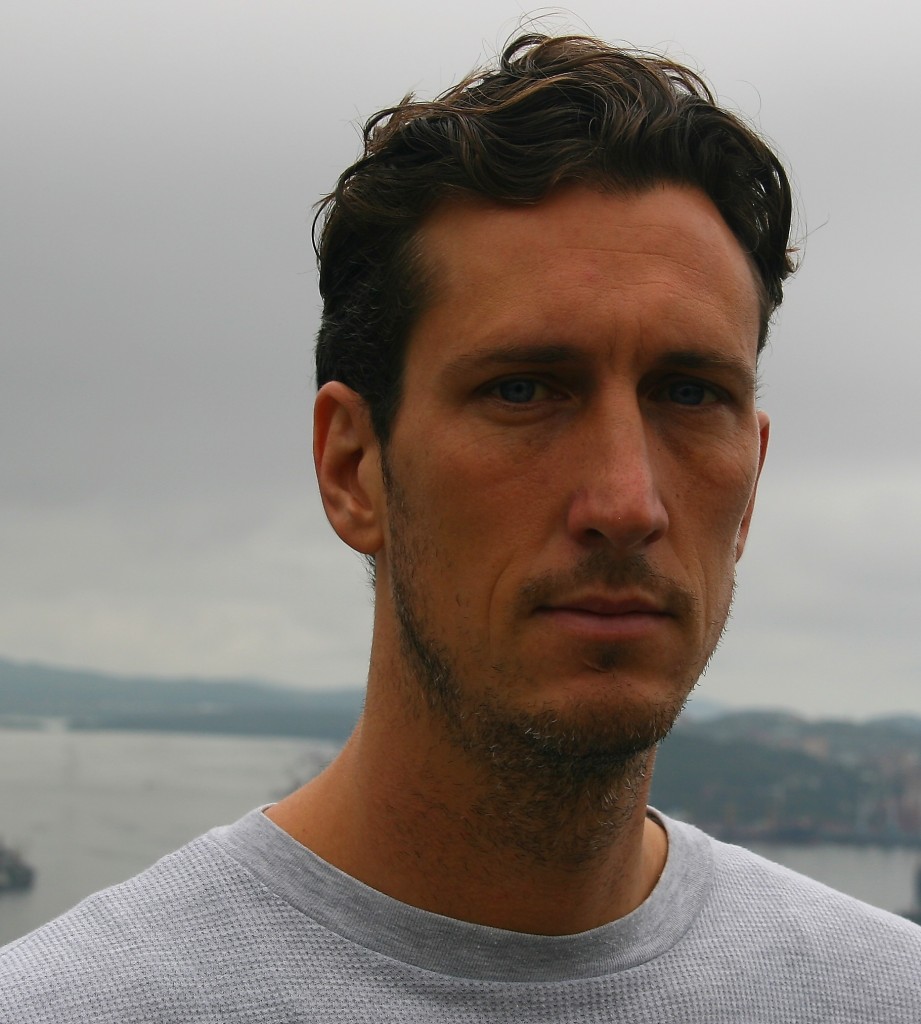 Martin Amis’ short story ‘Career move’ imagines a world in which poets and screenwriters have swapped places: “poets swagger around Hollywood in an atmosphere of big movie deals and heroin-fueled script conferences, while screenplay authors attend eager readings of each other’s work and vie desperately for publication in ephemeral little magazines that never pay.”

Our Poet of the Month, Thomas C. Dunn, is one of those rare writers whose work already bridges both worlds. In addition to poetry and screenwriting, his work includes acting, directing, and producing. As a playwright, he was the winner of Samuel French’s Short Play Festival, and his plays have been performed nationally and internationally.

Scottish poet Don Paterson has previously advised amateurs to “shoot your poem like a Hitchcock or Kieslowski”;  Glyn Maxwell, in his book ‘On Poetry’, mentions his hope that poets of the future will learn from screenwriters, as screenwriters have learned from the great poets. What have you learned, as a screenwriter, that you have transferred to your work as poet?

I started writing poetry first, when I was very young, and that led me to develop a more visual language. From there, I began writing plays, which helped with the rhythm of dialogue. Both are essential to screenwriting. On scripts, they often talk about ‘seeing a lot of white on the page’, meaning it’s a far easier read if the eye can flow down the page without reading four or five lines of exposition. A screenwriter needs to find the delicate balance between telling enough information for the reader to see the film in his own mind and not so much that the script loses pace and excitement. Like poetry, that includes even the way lines are broken down. A line in a screenplay can be, “The poet walks into the tunnel when he hears footsteps behind him.” Or the line can be,

“The poet creeps into

Dark. Empty. Silent. He takes tentative steps forward and suddenly freezes at the sound of—

FOOTSTEPS behind him. Closing in quick.”

In both poetry and screenwriting, it is important to ignite a visual with an economy of language. To inject emotion into a mere line or two. Poetry improves screenwriting; screenwriting improves poetry.

And vice versa – what have screenwriters learned from the great poets (whoever they may be), in your view?

Screenwriting is a new art compared to poetry. Great poets like Dante, Homer and Virgil took readers on epic journeys fraught with conflict, emotion, heartbreak. They did it by painting pictures with words. In essence, these early poems had all the elements of great screenwriting. Their poetry is evocative. Dante’s “We were men once, though we’ve become trees.” Good screenwriting has this ability to sum up a situation or a human condition by conjuring up a powerful image. A sick mother plants the seed of a great oak with her son. She tells him he will always be able to look at the tree growing and remember her after she has passed away. The son then dies in a tragic accident and the mother is the one watching the tree grow instead. Does she recall the memory of its planting fondly and sit in its shadow each morning? Or does she take an axe to it to kill the reminder of her own grief? Either way, the visual of this mother standing at the tree, like the visual of the men who have now become trees, is tinged with sadness. Screenwriters owe a huge debt to the work of these great poets because film is a direct descendant of their work.

How do you feel about the potential of film-in-verse, and of dramatic verse more generally, in this modern age?

When I think of film-in-verse, Shakespeare comes to mind first. People will go see a film of ‘Hamlet’ or ‘Romeo and Juliet’ to relive stories they already know. Verse isn’t an impediment to their enjoyment. But more importantly, Shakespeare is a master storyteller. Drama, comedy, tragedy, romance, revenge, love, grief, soul-searching. We find a mirror held to our own feelings in Shakespeare’s work and it is his stories we really care about. I think this is where the hope lies for film-in-verse and more generally dramatic verse. Filmmaking is about telling interesting stories in compelling ways, in making an audience have an emotional investment in the characters and what happens to them. That can be done in verse, in prose, or without dialogue at all. If the story draws the viewer in and touches them, then it will find an audience. Financing a film in verse is a different story because it’s a huge departure from the current trend of sequels and reboots. A film-in-verse would require vision, risk-taking and conviction but that often leads to the best art, doesn’t it?

I think the best quality one can have as a writer and as a person is empathy. We don’t learn by judging; we learn by fighting to understand.
Not presuming to know any more about you than is given in your poet biography – but, as a Los Angeles-based writer (assumedly) not living below the poverty line, how aware do you think you need to be of viewing the world through the prism of privilege when composing poems like ‘Bengali Chain’?

‘Bengali Chain’ was based on real experiences. I backpacked through Asia for close to a year and witnessed the images in the poem first-hand. I’m not attempting to speak for the people I saw in India or to judge them. I’m only sharing my thoughts and feelings, as an outsider, looking in. My visceral reactions to what I witnessed. In the end, if I’m passing judgment, it’s on myself. I think the bigger idea is that as people, we have a baseline of happiness. Our good experiences can cause a brief euphoria, our bad experiences a brief depression but over time, we adjust to the new circumstance and return to this baseline again. We tend to think if we had ‘more’, our lives would be better. Then we remind ourselves of those who have ‘less’ and feel we should be content. But happiness doesn’t seem to work that way. It’s not a comparative emotion. I can look around, in Asia or other places I’ve travelled, and see misery, hardship, and abject poverty. I can realize the privilege I was born into relative to such circumstances. But this realization doesn’t provide some sort of ever-present gratefulness or gateway to personal happiness. There are also people I met in Asia and elsewhere who had ‘nothing’ but who seemed quite content. I recall one old man sitting with me in a third class cabin entering Calcutta. We were watching the sun come up. He turned to me with a great smile and said, “My whole life, I’ve never missed a sunrise.” Therein lies a certain tragedy in the human condition. The illusion of happiness is all around us but the realization of it can only come from within us.

I’ve seen quite a lot of what I might call ‘gap year’ poetry before now (your poem stands apart from this tag). How wary do you feel a western poet has to be of inadvertently exoticising experiences like the one you’ve described?

It’s an interesting question. As a traveller, I do think we need to be careful not to view the struggles and suffering of developing nations as ‘exotic’. We should not be tourists in other people’s lives but we can’t be travellers whose lives intersect with others. We further our knowledge of the world we live in by seeing it, by meeting diverse groups and by sharing their culture. At the same time, it can be very difficult to see the harsh realities like the one I witnessed in Calcutta: a child showing a dead baby to me and begging for money. I think the best quality one can have as a writer and as a person is empathy. We don’t learn by judging; we learn by fighting to understand.

“Winter this year is like a death penalty./ Reprieve will come, it’s/ ninety-nine per cent certain.” Poem of the Week (October 14), by Marcin Świetlicki. Translated from Polish by Elżbieta Wójcik-Leese.