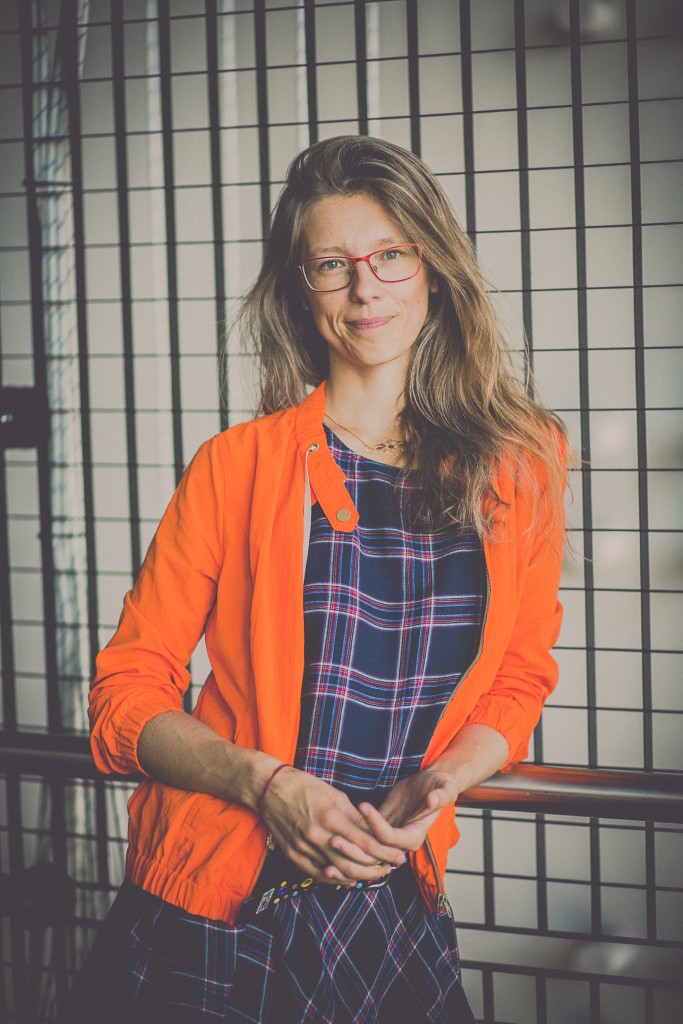 For Agnieszka Wolny-Hamkało, a successful poem is a poem that makes its reader feel as though they’ve woken up “in a stranger’s clothes.” A poem’s task is to alter, as subtly as possible, our perspective on the world. Known in Poland for her novels, journalism and books for children, as well as for her poetry, Wolny-Hamkało is also a passionate promoter of other female writers, emphasising the need to kill the angel in the house: “the mythos of the idealised Polish Mother.”

Continuing our Poet of the Month series, she tells Maida Salkanović about the ways in which Poland’s new right-wing government is changing the discourse and marginalising women writers, and explains that sometimes she has to write “because there is no God”, and sometimes “because there is one.”

You are known in Poland for promoting women’s writing. What are the ways in which patriarchal society impacts female poets nowadays? Is women’s writing marginalized and, if so, in what ways? Have you experienced that marginalization?

It’s a complex issue and a problem which requires nuancing and examining from many different perspectives. I feel that the situation in Poland is changing rapidly. There’s increasing equality among family members, but that is mostly the case in large cities. Here, we’re regular Europeans, who — if our financial situation permits — can hire a nanny or share child-related responsibilities with their partner in order to keep developing. But in Poland — even in its modern parts — the mythos of the idealized “Polish Mother”, who should sacrifice her ambitions to take care of her child, still looms on the horizon. Whether we want to or not, each woman has to confront this mythos. In Poland, a right-wing government has just been elected and the prevailing discourse is changing rapidly. Within the left-wing idiom, us women are able to be creative. After all, we have to have time to read, watch plays, participate in foreign festivals… Within patriarchal society, these are secondary, even tertiary activities. First, we must carry out the activities we are impelled to by society; only then can we allow ourselves to have a “hobby”. Different perspectives are morally unacceptable. I have a 13-year-old son, so I am free to organize my time the way I want to. Besides, my partner is also a poet, he supports me, but I realize that I’m privileged in that aspect.

In what ways does écriture feminine manifest itself in your work?

Paradoxically, I think that freeing yourself from the pressure of any subjects — the freedom to be yourself — is the highest expression of independence, from both social roles and gender identity. That’s what I aim to achieve in my poems. I focus on clashes between words and the tensions that arise from those clashes; sometimes I tell stories, other times I create structures for soon-to-be-obsolete words in order to extend their lifespan. Also, just like any other poet, I sometimes write out of helplessness, or to communicate, or because there is no God — or even because there is one.

I don’t think talking about female under-representation damages good poetry. Because nothing can damage good poetry, just like nothing can save bad poetry.
Although the term “women’s writing” was coined by French feminists such as Hélène Cixous in an attempt to empower female writers and draw attention to their under-representation in official canons, some critics argue that the term itself is marginalizing women writers by putting them in a separate category and thus taking away the universality of their works. What is your position on such criticisms?

As long as we label meetings with women writers “female meetings”, and those with men “poetry meetings”, we still have something to work on. Both men and women — because ultimately men suffer because of these inequalities as well, especially those who can’t find themselves within patriarchal roles. These are delicate subjects, but I don’t think talking about female under-representation damages good poetry. Because nothing can damage good poetry, just like nothing can save bad poetry. We can, however, work on some habits of ours…

You write both prose and poetry. How do you decide which medium to use to express yourself? Does it depend on the moment, the message, or something different altogether?

When I’m writing poems, a different part of my brain lights up. It’s a different activity than creating prose, a result of a different type of thinking. Poetry is usually more abstract; on the other hand, prose allows greater polyphony, presenting many different perspectives at the same time. When I’m writing prose, I miss poetry, and vice versa. Yet I’m unable to write poems while I’m working on a novel (and the other way around). Poetry is like a difficult child — more unpredictable, more difficult to define. It is less profitable. But it is also a source, the beginning of everything. In my case it’s the source of prose as well.

Your poetry is filled to the brim with imagery and metaphors, which stimulate your reader visually. What do you hope the readers will take away from your poems?

We perceive reality through our senses — it’s a bit like looking at the world through a straw. We only perceive micro-fragments. During the course of life, we gain many beliefs and habits. Over time, we become immobilized within solid structures and routines. I’d like my poems to break these straws and structures, so that the reader feels differently for a moment: as if they’re in someone else’s skin, some other place, or another time. I’d like to make them wake up in a stranger’s clothes.

“The sea heaves in,/ out of breath, searches/ deep pockets for shells.” Weekend poem, by Nancy Anne Miller.

Story of the Week (November 27), excerpted from Michal Hvorecký's novel ‘Danube in America’. Translated from Slovak by Eva Hudecová...