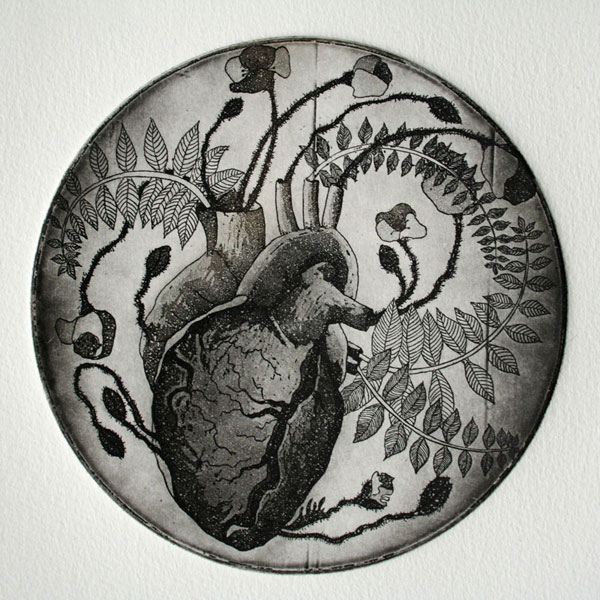 Heart of Poppies by Sonja Dimovska. Image Courtesy the Artist.

A young man mourns a disease and a lie

An HIV-related stroke stole my father’s tongue and deadened his eyes. He became a fat, black, drooling eggplant, swathed in white.

Even years after he heard Jesus’ call, he still refused to confess his ten-year-plus HIV diagnosis to anyone.

I only learned of all of this because the hospital’s head ethicist had to tell me, making removing him from life support much easier. I couldn’t save him and I couldn’t care for him either. HIV took both options away from me. All that was left was to watch the last moments of his life and hope that the scar it would make in me would last forever.

I thought his secret, his death, and my decision, would finally collapse that alabaster slaughterhouse and stain it with rainbows, but the room, as always, remained as before.

Denzel Xavier Scott earned his Bachelor of Arts degree in English Language and Literature from the University of Chicago. He currently works towards a Writing MFA at Savannah College of Art and Design (SCAD) in his hometown of Savannah, GA.

In the second part of a series on the Vietnam war in Hollywood, Michael Dodd explores how American cinema addressed ‘Nam itself and influenced the nation’s perspective on the war.

"The immigrant keeps alive a period of history, with customs, memories and words that have become archaic and yet remain...