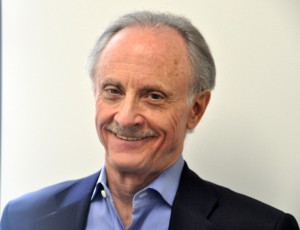 Arthur Davis is a management consultant and has been quoted in The New York Times, Crain’s New York Business. He has appeared as an expert witness on best practices before The New York State Commission on Corruption in Boxing. Over 50 stories have been published including “Conversation in Black,” which was nominated for the 2015 Pushcart Prize. In the latest installment of our Author of the Month series, he talks to Sauleha Kamal about his writing routine, writing and working in New York, and the power of a compelling image.

“A hundred and ten years after Abraham Lincoln, whites don’t prey on us anywhere near as savagely as our own kind.” This sentence caught my eye right away; it’s full of a sense of regret that features heavily in the protagonist’s experiences throughout the story. Where did your inspiration for this character and his views on racial politics come from?

As a management consultant I often travel through disadvantaged areas in New York City visiting manufacturing clients. These first-hand experiences have done much to inform me as to where there might be hope and, seemingly, little possibility for rebirth.

I believe the real victims of minorities are the members of the minorities they themselves prey upon.

I count myself fortunate to have met people like a Robert and Betty who are the real hope for minorities everywhere.  If their experiences are dismissed and their message ignored, drugs, crime and violence will continue to spread like a plague infecting every future generation.

I see an image in my mind and if that image is powerful and compelling the character itself will reveal his or her story.

By the time Betty confronts the gang outside Roseland I was completely caught up in her story as to how she and Robert, and a community, had been so terribly compromised.

‘Roseland’ is a very quintessentially New York story: it laments the loss of the old Harlem community, it is very aware of the city’s present and remembers its past and Robert and Betty even meet talking about pigeons. Where did this come from? What is your own relationship with the city’s changing condition?

I have lived and worked in and around the city most of my life.  I see the disadvantaged young and old in the subways and on the street and, sometimes, witness the results of their courage and cruelty on the evening news.  They are the backdrop of every large and small urban center, here and across the world.

I see people working two and three jobs to support their families and those who are a drain on our collective community.  Examples of courage are everywhere. Robert and Betty are a composite of all those who I have been fortunate enough to meet and my imagination, empathetic enough to recall.

In recent years I see a changing environment that concerns me greatly. I think New York City is at the crossroads, though we seem to be following in a direction that can only result in more class fragmentation and divisiveness.

You’re very prolific, publishing over ten stories every year for the past few years. Would you mind sharing your approach with the young writers who will read this: Do you have a writing routine? How do you approach submissions?

I started as a novelist and wrote eleven novels before turning to short stories.  My first stories were in the less marketable 8000 to 12,000 word range. Over the years I’ve worked to recast my approach and focus on stories I can tell in 5000 words or less, where there is a broader audience.

When I am drafting a story I write 2000 words a day no matter what, before I stop.

Creativity comes in many forms and I would encourage any writer to do what gives them the best results and encouraging feedback.  There are stories everywhere.  I believe the real key is to be open to seeing them.  If given an opportunity, most characters can’t wait to tell you their story.

I keep a detailed tracking log to follow my submissions and use Duotrope pretty exclusively.  Since I started submitting 4 years ago I see a dramatic change in the market.  When I started, there were very few publications that were ‘Temporarily Closed’ to submissions.

It’s now quite common to see a publication Temporarily Closed for months on end as their small staffs are overwhelmed by submissions from around the world.  There are even publications that are open for submissions only a week a year.  I also see more publications charging a submission fee.

My advice to other authors is to read, write, focus, and never count ‘Rejections.’

‘Roseland’, of course, is literary fiction but a lot of your work has been genre (including sci-fi, horror, dark fantasy). Earlier this year, the release of Kazuo Ishiguro’ s ‘The Buried Giant’ sparked the genre/literary fiction debate again. What is your position in this debate? Do you see a distinction in your work genre and literary fiction?

I have written genre as well as literary stories and novels. I understand the distinction regarding genre/literary fiction though, as a storyteller, I don’t participate in debates that I believe distract from creativity.

I try and focus on the story, which will take whatever form it needs to express itself. The narrative will decide to which category, if any, it belongs.  If you write a compelling story, you need to believe it will find a home.

I think you should write what you ‘have’ to write, not necessarily what you want to write.  Not sure if this is useful, but this kind of focus has been very helpful to me as we live in a world where time is precious and distractions lurk behind every email.

“Each day is not like this: Her edges showed sharp/ as diamonds one Tuesday before Wednesday dark/ pulled her from rain and dropped her in a car.” Poem of the Week (April 15), by Mark J. Mitchell.

Poet of the Month: Vicki Husband

"I got the sense that poetry is much more a part of life in Pakistan than it is in the...