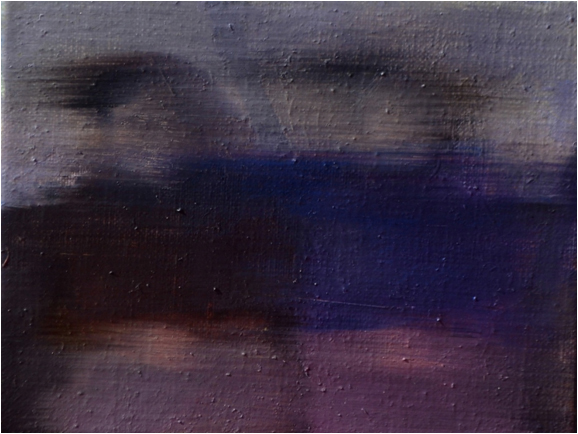 While Creon draws on his status as a legal and political entity, Antigone draws on her own legitimate status as a sister and woman of religious faith.
While Sophocles’ ‘Antigone’ is objectively inconclusive about whether or not Polynices is justified in initiating civil war with Thebes, the subjective language of the Chorus implies that Polynices is a belligerent invader who immorally threatens the city. Creon obviously believes this, while Antigone appears apathetic about this issue and is concerned only with the fate of Polynices’ body. If Polynices is indeed in the wrong, then from a legal, political and ethical standpoint, Creon is rightly warranted in resisting Polynices’ attack and defeating him with the help of Zeus (lines 143-165). While the main moral issue in ‘Antigone’ is, of course, whether Antigone or Creon is right regarding the post-war treatment of Polynices’ body, it is useful to rewind the story a little and remember the a priori issue that precedes the in media narrative: whether or not it was ethical for Creon to kill Polynices in the first place. As will be addressed below, this is also a crucial issue in ‘The Watch’. Sophocles’ text hints that Creon is justified in killing the murderous invader Polynices, which somewhat validates his decision to scorn the invader, even after he is dead.

But, as Hegel states, Antigone is also justified in disobeying Creon because of her “holy love for her brother”. Just as evidence exists supporting Creon, so too does evidence exist supporting Antigone. While Creon draws on his status as a legal and political entity, Antigone draws on her own legitimate status as a sister and woman of religious faith. Thus, Antigone establishes that she and Creon exist in two planes, the state and the family, which do not correspond, do not measure “right” by the same criteria, and are consequently entirely irreconcilable. This irresolvable opposition causes stasis.

Another significant dimension of difference between Antigone and Creon is gender. On the subject of emasculation and the potential for Antigone to “hijack”, so to speak, Creon’s dominant masculinity, Charles Segal writes in ‘Antigone: Death and Love, Hades and Dionysus’: The conflict between Creon and Antigone is not only between city and house, but also between man and woman. “If this victory (Krate) rests with her without punishment, then I am not the man, but she’s the man,” [says Creon] (484-485) (171). So, the stubborn dispute between the two protagonists is made even more irresolvable by their fundamental difference in gender and kinship position. Antigone, the female and sister, is acting out the highest “good” she knows, while Creon, the man and future father-in-law projects onto his kingship the dominance of his masculinity. If his masculinity is contradicted, then so is his kingship, and vice versa. The two are tied up with one another, making his kingly act also a decidedly male act. Segal discusses the essentially gendered nature of their opposition:

“Creon confronts an opposing principle of an especially feminine kind, Antigone’s “reverence for those of the same womb, homosplanchnous sebein” (511). On this basis Antigone defends herself against the male-oriented, civic ethic of the polis. She makes kinship a function of the female procreative power: she defines kinship in terms of the womb.” (172) [1]

Thus, what Antigone does is stage a gendered tug-of-war over what constitutes a higher power in the polis: patriarchal government or the biological procreativity of women. Men govern women, but men rely on women for procreation. Patriarchy writ large in state power, like that imposed in both ‘Antigone’ and ‘The Watch’, assumes its dominance over women, but without women to give birth and provide maternal care, neither patriarchs nor their subjects would exist at all, and Polynices is both citizen and enemy of the state, but he is also brother. Which classification is more important, and why? Again, basic paradoxes of human life are masterfully explored in Sophocles’ text and can be read as the basic interpretative stepping stones by which to understand the story.

In ‘The Urgency of Tragedy Now’, Helene Foley and Jean Howard correctly note that generally “the female protagonists of tragedy are royal women, and as such, they are located in spaces that blur the distinction between public and private worlds” (628) [2]. However, Antigone is not royalty in the conventional, simple sense. Her father, Oedipus, the tragic, fallen character of ‘Oedipus The King’ and ‘Oedipus at Colonus’ is a dethroned king. Antigone is engaged to be married to Haemon, Creon’s son, which would make her royalty but, of course, this marriage never occurs. Thus, Antigone remains throughout the entire play in the epitome of the private, familial, kin-based world, radically at odds with Creon’s world of law that is blind to matters of the heart and kinship. In this way, the core characteristics around which the two protagonists are built are also what cause them to implode: Antigone, through suicide, and Creon, through complete mental breakdown and pleas for those around him to “strike a two-edged sword right through me” (line 1385). Just as Meltzer points out that “Sophocles’ play can give us an Antigone who finally does not belong anywhere,” so too does the play demonstrate that Creon too is dislodged from his station and cast beyond the realm of belonging (174). In this manner, the play can be shown to be about characters that are doomed from line 1 to be undone by their convictions and the irresolvable opposition into which they enter. Meltzer writes:

“Sophocles’ Antigone echoes her leitmotif on homelessness begun in ‘Oedipus at Colonus’. But if in that play her homelessness is literal (she does not want to, and fears that in any case she cannot, return to Thebes) — in ‘Antigone’ foreignness takes on ontological proportions since it partakes of what Kierkegaard calls ‘the fellowship of the already dead.’ “ (175) [3]

Inherent in Antigone’s character is her outsider status. Her character cannot live in a world defined by laws of state rather than laws of kinship, so she must die. As Meltzer and Kierkegaard suggest, there is never a place for her in Thebes or in the larger world of the living, so she is always already a member of the dead. Thus, we have arrived at what must be the most important and fundamental difference between Antigone and Creon: the opposition of the living and “dead”.

Overall, Antigone and Creon both exhibit an undeterred moral clarity: what they believe is right exists in their characters well before the play begins. In this way, both ‘Antigone’ and ‘The Watch’ begin in media res with regard to their moral stance. The duel protagonists undergo no change or development of opinion until (in Creon’s case), the very end of the play. In some sense, they are diametric mirror images of one another. “Each is necessary to define the other,” writes Segal. “Antigone’s harshness would make no sense without Creon’s authoritarian willfulness” (139) [1]. Like a binary pair, Antigone and Creon constitute each other through opposition. The zealous stubbornness of one is inspired by the equivalent zealous stubbornness of the other. The one quality they have in common is their unwillingness to compromise. “Sophocles in his ‘Antigone’ does not make Antigone suffer alone and die,” says Hegel on this equivalence and mirroring. “On the contrary, we also see Creon punished by his wife and [his son] Haemon, who both likewise perish owing to the death of Antigone” (471, Volume 1. Hegel’s brackets) [4]. Like any binary pair, Antigone and Creons’ fates are linked. They suffer from the same tragic flaw hamartia (stubbornness), and as a result, they both ultimately suffer tragedy. Like any now-clichéd, well-known plot, this story of opposing, yet intertwined, fates is based in ancient truth.

“The assumption that these men were riding off to their deaths becomes more entrenched… they seem achingly innocent.” By Ahmer Naqvi, from The Missing Slate’s fiction workshop in Islamabad.