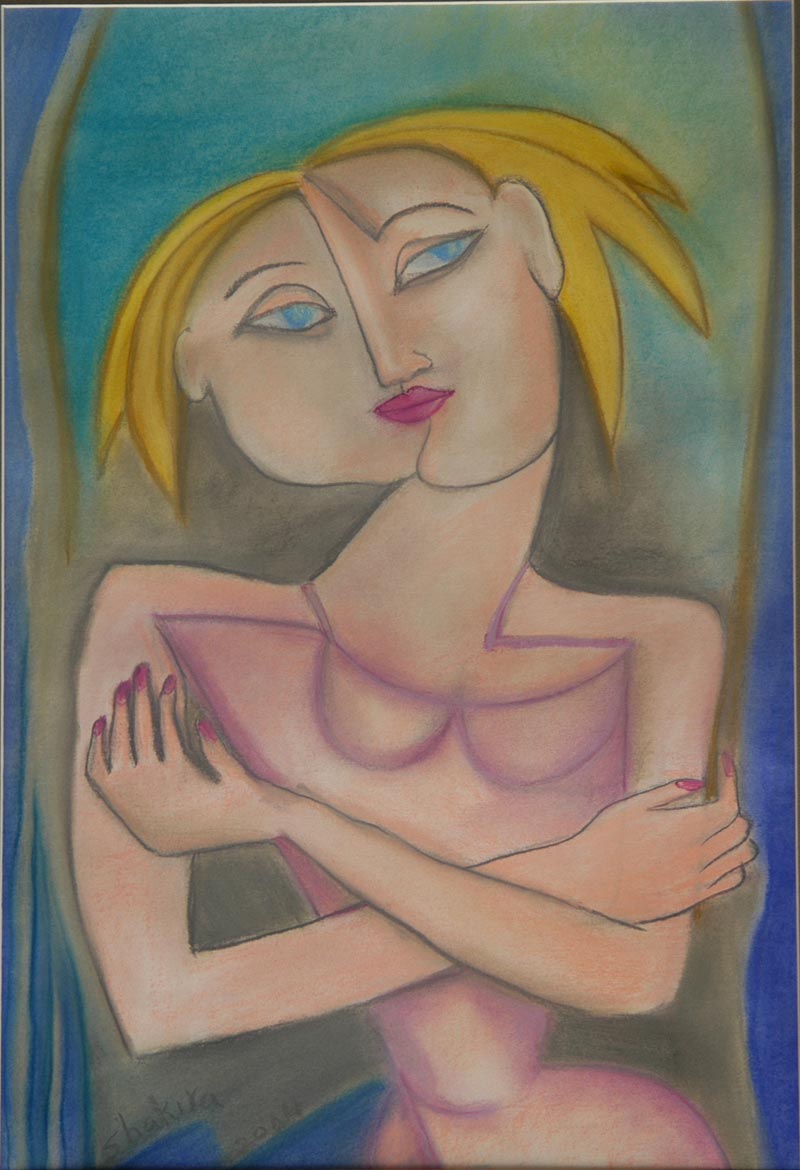 A writer comes to terms with her desire to be fat

I imagined my face round and dimpled, a plump neck rolling into a chest with no collarbones. I had hips as wide as a truck body. I wanted to know what it felt like to have thighs that rumbled and ripped the insides of my jeans
Sitting across from my distraught friend at her maroon kitchen table with her cat scratching violently at the base of the radiator, we discussed my opinion on a comment made to her by another friend. The comment was, “when you make fun of someone or judge someone, you are really insecure about that part of yourself.” She responded by saying “I have nice hair, if I see someone with bad hair, and I judge them, does that mean I don’t believe my hair is beautiful?” We laughed, then I made my own comparison — when I judge someone for being fat, I most definitely do not wish to be fat.

That night, on my own, I thought about the bitterness in the conversation with my friend. I had laughed and joked with her about how gross fat women are for an entire evening. I felt guilty about how a single comment led me to have such a violent conversation. The question that pressed me most was whether I was lying to myself about my own self image. I did not want to be fat. Who would want to be fat? Sinking into the soft, mauve couch, slumped over butter pecan ice cream, I thought, “what is really wrong with being fat?” Alone on that couch, free from the judgments of anyone else, I finally admitted to myself that the truth — I did want to be fat.

I sat there and imagined that I was no longer average-bodied. I imagined my face round and dimpled, a plump neck rolling into a chest with no collarbones. I had hips as wide as a truck body. I wanted to know what it felt like to have thighs that rumbled and ripped the insides of my jeans. I wanted to complain about how my ass couldn’t fit into small places. I imagined myself calves with no ankles; that I had a belly so soft it folded in two when I sat.

I wanted to hide my bones, they stuck out of me from everywhere: my ribs, my hips, my knees. I wanted to look like a real woman, so I was ashamed of these bones. When I cursed the woman that took up two seats on the subway, I was projecting. When I whispered to myself that she should have paid for two seats, I knew that it was me who wanted to have to pay for two seats. I was blame shifting. I was defending myself against an unpleasant impulse by denying the existence of this state in myself. In my shame of inadequacy was a huge space of fat shaming. I was indirectly sending hate because no matter how hard I imagined it, my hips would never be graceful and make someone feel uncomfortable all at once.

My back is leaned against the door of a Bronx bound train. Kat’s arm is wrapped around a pole near the door, she is showing me a picture on her phone. At the train’s halt, a woman enters. She is wearing a cropped T-shirt with a butterfly on the front. The bottom hem sinks under her breasts. Her stomach is bare and bulging outward in a dome shape. I lean over to my friend and whisper, “She’s too fat to have that shirt on, fat people should wear clothes that cover their bodies.”

My mother has a doughy face with two holes kneaded into each side. Her eyes, hazel with flecks of gold, sink into caves above full cheeks. Sometimes I watch her cook. When she stirs pots of stew peas and rice, the fleshy upper part of her arm swooshes like jello. She is swift and her body manoeuvres through the room like her thighs have learned the blueprint of the place. She does not bump into a single thing, but she always looks like she is about to. Her feet thump heavily across the floor as she walks from fridge to stove declaring, “Mi lost weight ya know. Thomas fi leave mi.” She dreads losing weight; my mother, as do nearly all of the women on the Trinidadian side of my family.

My mother, at 200 pounds, possesses the strength deemed necessary to be a real woman by Trinidadian values. In Trinidad, a skinny body signifies adolescence, illness, frailty, the inability to reproduce and weakness. The skinny body in Trinidadian culture also represents low social status. Big bodies in Trinidad signify wealth, the way that material assets signify wealth in capitalist countries. If you are fat, it means you can afford to be.

In Trinidad, women want bigger breasts, bigger butts and stomachs that ripple with the slightest movement. My mother is from an island where curvaceous women are celebrated at festivals, or at least a festival. A desirable fat woman flaunts her erotic body, almost naked, taking centre stage on the streets and beaches at a massive jubilee called Carnival. Large-bodied, masked women parade proudly, their bare skin embellished in stones, pearls and feathers of luminous colours. These women are dismissive of the gender divide, flaunting their sexuality in a way that some may believe objectify them, but really creates their agency and empowers them. Their agency is present in the confidence of knowing that the thicker they get, the more they are surrounded by the gaze. They use their bodies to assert themselves, swinging jewelled hips side-to-side, thudding through the air in rhythm with the music, making the most macho of men appear timid and submissive. Carnival celebrates a fat woman as the ideal, sensual body.  Two-hundred pound women are the aesthetic of femininity; of the true, real woman.

The first time I tried to get fat was when I found out that I was pregnant with my son. I ran through all the emotions that came with finding out that you are pregnant. However, at 110 pounds, I saw this as a time that I should take advantage of, when I could gain a tremendous amount of weight in a short period. So, I ate everything.

Atop Land, Under Sea

" 'But where will we land? Are we going to die?!" wailed Miki. She paused, then whispered: "Someone needs to...