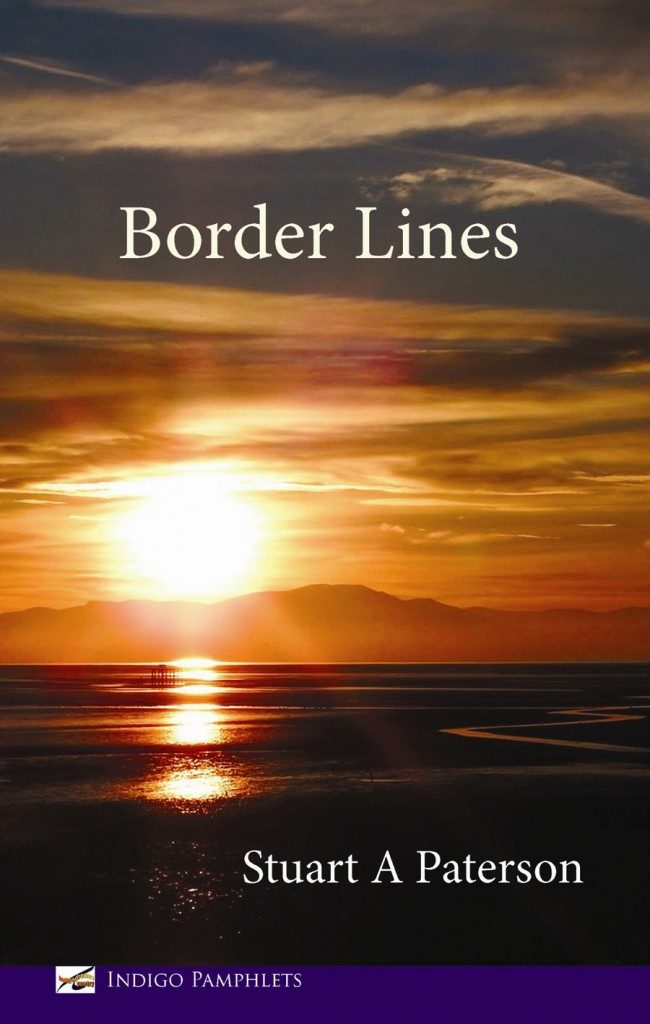 Scanning barcodes of Galloway evening sky,
last minutes of pink light limping weakly out
unanswering westward, in reply
I hear the oystercatchers shout
their mad fast movements down the coast.

If asked who or what I’d been previously,
I might answer, enigmatically,
basking shark, red kite, stravaiging minstrel,
last of the havering Wigtownshire Picts,
wishing & inventing perhaps
for anything other than now & this.

Looking in I really feel none of these,
no claw through coiled flesh, fin through riptide,
savage tribute, towering cliffs, moss-bearded trees.

Looking out, I see blind night behind
& racing in front, the singing wings
just visible, purposeful, making
last dashes before the big light goes out;
pasts & futures caught
between that final, tiny sunburst
& the long beyond of doubt.

Stuart A. Paterson lives by the Solway coast in Galloway and is a past recipient of an Eric Gregory Award. In 1998 he moved to Manchester and worked for 14 years in social care. Returning to Galloway in 2012, he was awarded a Robert Louis Stevenson Fellowship from the Scottish Book Trust in 2014, allowing him to live and write in France for one month. This resulted in ‘Border Lines’, a collection of Galloway-themed poems published by Indigo Dreams, from which the poem ‘Borders’ was selected for the Best 15 Scottish Poems of 2015 by the Scottish Poetry Library.