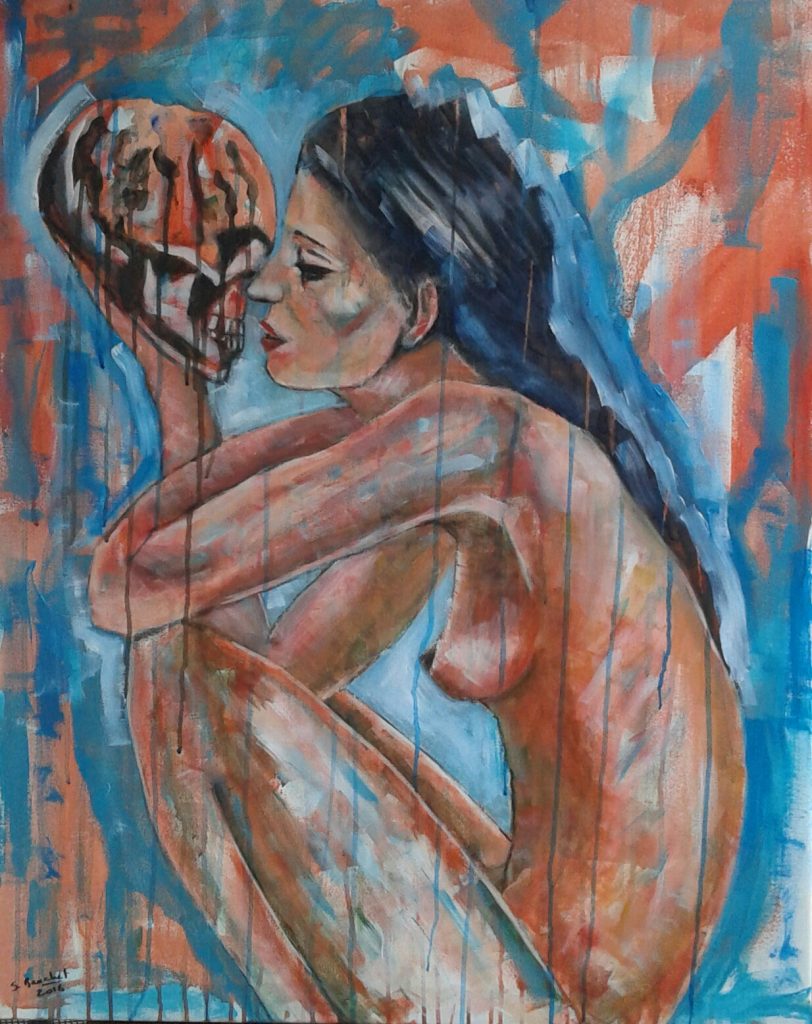 Le double, by Stéphanie Brachet. Image courtesy of the artist

Up in some cleft in the hills
I’d go to be a nameless woman.
I’d put up gourds on the thatched roof,
Plant squash and pumpkins in the clearing,
Train up a hedge of wild roses,
Let the skies down into the yard, as much as I wanted,
Hug all the stars, all of them,
And not feel sad or alone
Even nights when the owls were crying.
Little village the trains left behind.
Snacking on soft candy from a brass bowl,
Telling village stories about the fox
Until late at night with the one I love,
I would be happy as a queen,
And the old shaggy dog would bark at the moon.

~ No Ch’ŏn-myŏng, trans. from Korean by David R. McCann

No Ch’ŏn-myŏng (1911 – 1957) was active in the 1930s as a poet, fiction writer, journalist, and public intellectual. In the turbulent literary landscape of the colonial era, No stood out with her distinctive voice in her writing. She refused to be a poetic object and asserted her identity as a woman speaker in her work. Despite her independent and strong personality, her poems often reveal her desire to hide or speak of the unspeakable.

David R. McCann is the Korea Foundation Professor of Korean Literature at Harvard University. He has published twenty-four books: anthologies, studies on Korean literary culture, translations of the poets Sowol, Pak Chaesam, Kim Chi Ha, Ko Un, Kim Namjo, and So Chongju, as well as four collections of his own poetry.

“life made you expert at hiding/… no one sees you and the wounds/ heal better in the darkness.” Poem of the Week (December 9), by Daniel von der Embse.

"the dawn light, as it spreads across our road,/ like the reed horn that calls out the ones who want...