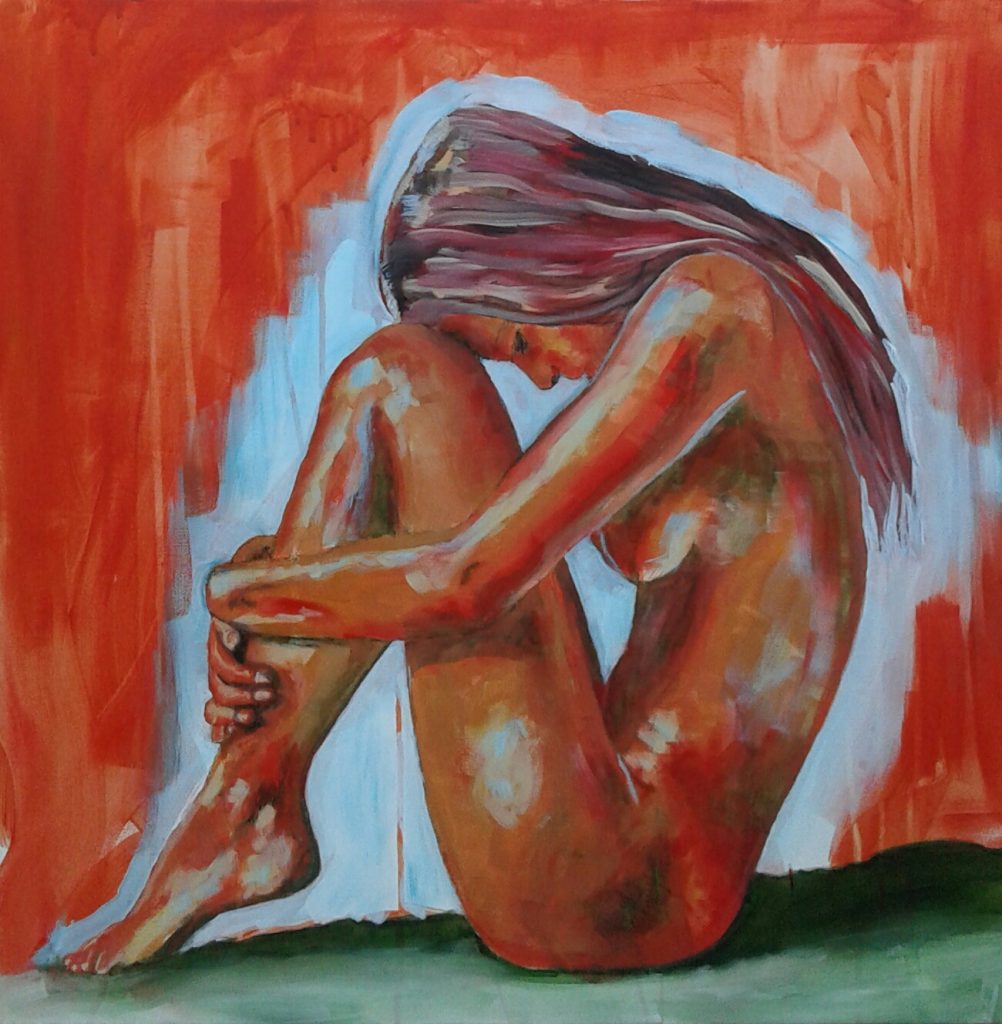 Introversion, by Stéphanie Brachet. Image courtesy of the artist

Chickens die first inside the plastic greenhouse. Eggs rot on the conveyor belt. Rotten pigs packed in the refrigerated trucks are delivered to all the meat stores, the dead float up in the aquarium. The farmer’s market at Karakdong decays and the filth swells up inside my body and

you and I begin to rot in the open. I can’t leave the lights on for you any longer. We can no longer look each other in the face. You are completely cut off from me. Our skin melts, so anyone can look into anyone’s intestines. Toilets also overflow in dreams. Nothing goes down no matter how many times you flush. Even the candles give off a stench. If you have a flame thrower or a tidal wave,

please send it to me. Belgrade fell into darkness from the bombs that emitted black smoke. As the fighter jet dropped the bombs, the bombs exploded over the target and released black powder. The charged powder stuck to the power lines, caused a short circuit, burnt the lines, and disabled the power towers. NATO troops paralyzed the Yugoslavian troops’ information network, scrambling their computer system. Inside a dim room where the computers sit not saying anything

crazy people increase in numbers. Birds shudder and fall off and flowers begin to eat worms. Furthermore, there are flowers that bite people. Here, below my feet, is the interior of the world. The dead chickens on the mud floor are strewn like mountains. Now, I throw salt at you—what little is left of you—inside my heart. Instead, the microbes that have remained dormant within my skin enlarge. They become as big as ants, then hedgehogs, and this morning, they became as big as dogs.

The dogs bite off our remaining days and roam. Rotten nipples of the world’s mothers drop like beans. Flies swarm what is left of the torn bodies. That is how pervasive darkness is. Ghosts eat food that has gone bad and stagger off as if being tied up and pulled away on someone’s rope. Now you and I are merely shadows. Above the shadows, inside the sunlight, our silhouettes melt. We’re alive, but our brains contain only lumps of rice that have gone sour. With all the forms destroyed, only the meanings bubble up from the honey bucket and fall, then bubble up again. Please send me a flame thrower or a tidal wave as soon as possible.

Kim Hyesoon (1955 – present) is unafraid of writing about the grotesque and true. She is interested in the potential and suppression of the woman’s body, and challenges the idea that it is ugly to write poetry that mentions blood, menstruation, intestines, and birth. Or rather, she challenges the idea that ugliness is unfit for poetry. She also questions in her writing what it means to be a woman writer and to exist as a poet amidst cruel societal realities.

“Bird Droppings” are twitter-based tweets and / or vents reflecting socially or culturally stigmatic situations that have their authors at their wits’ end. The…

"A writer has his hands deep in his pockets, pulling out his machine guns/ and rifles." By Kim Yideum, translated...