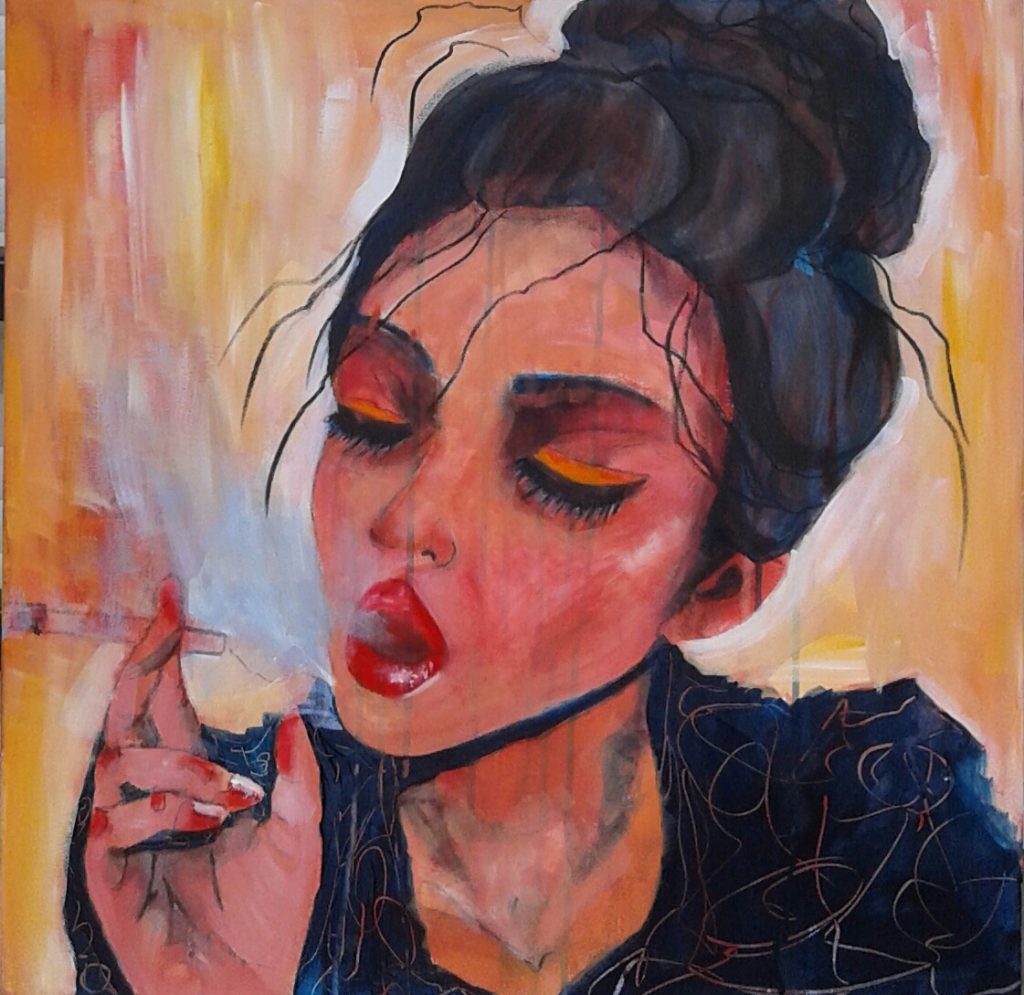 La fumeuse, by Stéphanie Brachet. Image courtesy of the artist

When I take a walk on the bridge with my dead cat in my arms, people say
strange things to me. They show unprecedented interest; they must feel certain
urges at the sight of a dead thing.

When I approach, mirrors crack and coats rip. Beds fall apart, and bookcases
topple. When I approach, motorcycles fall over, canned meat cracks, and plastic
bags fly away. Cement becomes rice pudding, the sun hides in the river’s womb.
When I approach, things run away.

A writer has his hands deep in his pockets, pulling out his machine guns
and rifles. Now the four-eyes who wears glasses without lenses is aiming straight
into my pupil. The guy with prosthetic legs pretends to want to shake my hand
but trips me instead. I am strangled by his neckties. And I know that the guy
dozing off on the bench, next to the dog, is wiretapping me, tailing me. These
guys are all plotting to make love to my dead body.

A knife sweeps the guts off the cutting board, and people push me off the
bridge. They blackmail me about the emails I sent about whether or not to
show the black and white 166mm film I shot at my sister’s apartment. How
could a film be such a threat to those who only eat things that are safely dead,
who put spotlights on the dead and make special features, people with such
ordinary taste?

This translation of ‘Fluxfilm No.4 (Lesbian)’ originally appeared in ‘Cheer Up, Femme Fatale’ (Action Books, 2016). The editors wish to thank Action Books for generously granting permission to republish the translation here.

“As both a woman and someone who has struggled as an LGBTQ individual, I can easily discuss concerns that arise from both identities.” Varda Nisar interviews LGBTQ artist for social change Devon Reiffer.

"I’m cargo, a shipping container dripping with fetid water./ I’m hastily packed and transported, then shipped over." By Kim Yideum,...