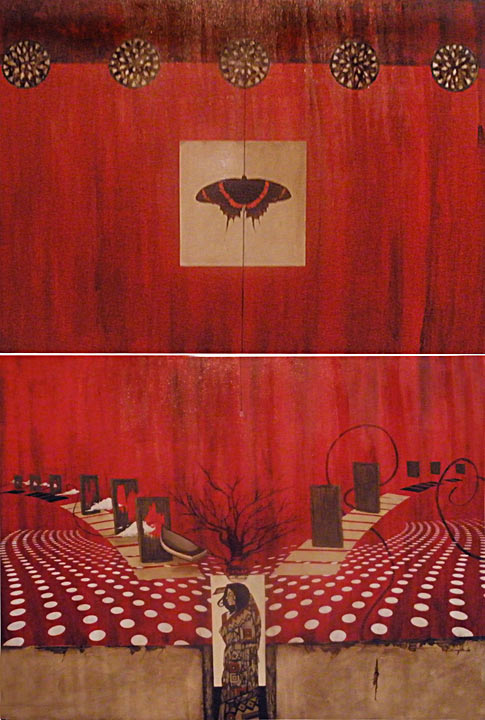 Translated from Hungarian by Ottilie Mulzet

The happy hours pass quickly by, the bitter
ones pass slowly. Still, they are the same. The green
of the trees throbs along the inner horizon.
then in the evening the heart fearfully, in anxiety

or courage, at times with ease measures out
its own time. At times like that the bed is transformed into a light,
swaying boat, tilling the waters of dream
and wakefulness. Only with difficulty does the soul

give itself over to the singular rhythm of the double
inundations. A desire always remains within
that resists; the thrusts always coming from in front

or sideways. How can it be satisfied with
just one life? Every moment is only preparation,
it has neither goal nor beginning.

Highly acclaimed as a poet, a dramatist, a children’s author, and a novelist, Gábor Schein lives in Budapest, where he is a professor at the Hungarian Literary History Institute of Eötvös Loránd University. He has written nine collections of poetry and three novels. English translations of his writing have appeared on www.hlo.hu and B O D Y.

Ottilie Mulzet translates from Hungarian and Mongolian. Her translation of László Krasznahorkai’s ‘Seiobo There Below’ won the Best Translated Book Award for 2013. Forthcoming are Krasznahorkai’s ‘Destruction and Sorrow beneath the Heavens’ (Seagull Books, Fall 2015), and ‘The Dispossessed’ by Szilárd Borbély (HarperCollins, 2016).

"I walk around, circling the demi-gods / From previous lives, when syllables would sing / The passions of my youth..."...