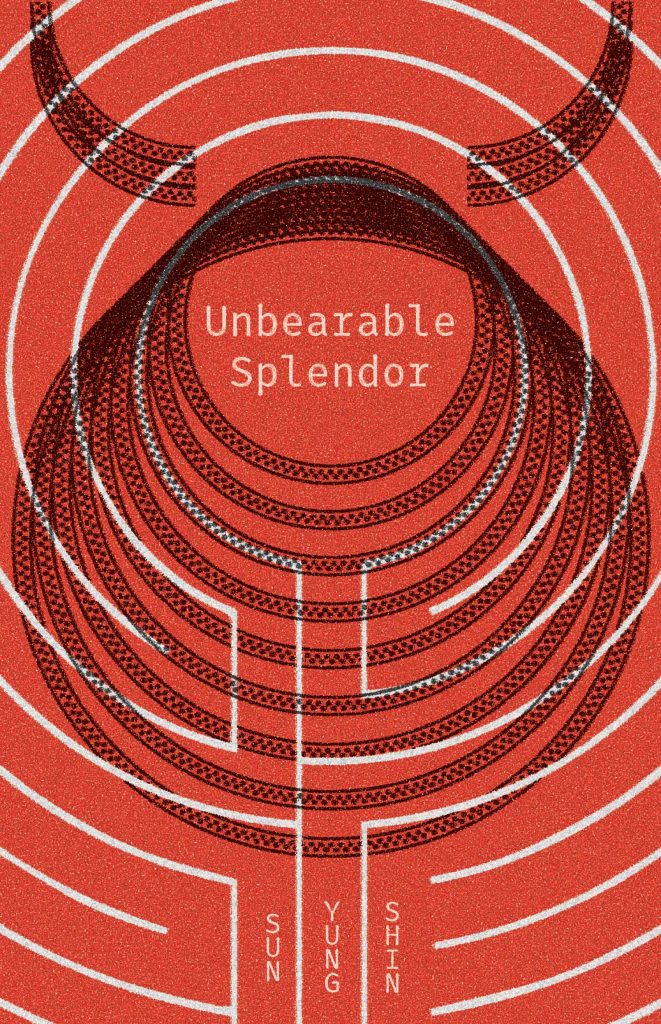 Beginning a book sets anticipation against possibility, in a negotiation between the known and the unknown. But Sun Yung Shin’s ‘Unbearable Splendor’ is full of beginnings, making reading a continual surprise. In a striking interweaving of poetry and essay, etymologies brush up against adoption certificates, and quotations jostle with myths. As many of these beginnings have been lost, forgotten, or erased, the nature of origins is always a question in this book. Shin’s resistance to offering a definitive answer allows her to make connections that are sometimes dizzying, often lyrical, and always thought provoking.

Spanning centuries and continents, Shin’s subject matter ranges from black holes to Blade Runner to Korea. “Koreans, according to their creation myth,” she tells us, “are descended from a male god and a female bear.” She quotes some online information about the myth, calling attention to the religious and colonial means by which it came about. She then adds: “I feel myself from a young age to be all bear, no god.” Embedded within the book’s title, this “bear” is gendered by myth and by history, making up a vital component of Shin’s lyric “I”. Such an “I” is complex, figured and refigured through her negotiation of the complexities of her position as an Asian-American adoptee, a woman, a daughter, a mother, a writer. As the text unfolds, so does identity.

Significantly, identity in ‘Unbearable Splendor’ is not singular but multiple, as Shin continually seeks ways “to love the word we more than I”. Again and again, she looks to “the plural form” as a means both to acknowledge difference and to suggest the possibility of collectivity. For transnational adoptees such as Shin, a collective identity is often denied — socially, culturally, and even technologically. She writes:

In Microsoft Word, “adoptees” is underlined in little red Vs that look like the stitching that ran across some of our dresses when we were younger. Red, forbidden, dangerous, bloody.

Leaving traces of its own continual metamorphosis, the book is an echo chamber, a hall of mirrors.
The image of “stitching” has historical associations with feminine craft, but it also hooks ‘Unbearable Splendor’ to another book to which it is clearly indebted: Theresa Hak Kyung Cha’s groundbreaking experimental novel, ‘Dictee’. In this 1982 work, featuring a number of women both legendary and ordinary, Cha writes: “She allows herself caught in their threading, anonymously in their thick motion in the weight of their utterance.” This tension between permission and repression, entangled in elliptical sentences, echoes across Shin’s text. Like Cha before her, Shin calls attention to the rifts in language and the rules and conventions that attempt to shut off certain kinds of expression. There is always the threat of silence. However, by defiantly maintaining a collective rather than singular pronoun to talk about “our dresses”, she also seeks to heal the rifts. Elsewhere, the “dangerous” and “bloody” become the intimate and tender. “We have inside us a series of red rooms,” she writes, “lesser and slighter, minor and more secret.”

For Shin, thinking of language as rooms inside rooms, or as pieces stitched together, allows for imagination, emancipation, and play, even where personally or politically sensitive topics are at stake:

Orphan is a gorgeous word. Sublime. The first syllable or reminds me of gold ore, or simply the word or, which means the possibility of alternatives, the certainty that another choice is to follow the little word or.

Where speech has been made difficult, Shin turns again to the “lesser and slighter, minor and more secret” elements of language, the first syllables and little words. Throughout ‘Unbearable Splendor’, she demonstrates that these elements contain treasures and possibilities, “ore” and “or”. The accumulation of such moments builds a quiet, lyrical “sublime”, as “ore” and “or” steadily translate into their homophone: awe.

Leaving traces of its own continual metamorphosis, the book is an echo chamber, a hall of mirrors. “You are already in it. It is home and tomb. Womb and veil. Wall and wail.” Not only do sounds build upon sounds, but stories build upon stories, creating shared, shifting, accumulated histories (and herstories).

In amongst these stories, the “bear” of myth and title emerges as an other amongst others — the host of clones, monsters, and cyborgs that populate the text. Each of these characters is an “uncanny guest”: slightly strange, disquieting, ‘un-home-like’. The uncanny appears “like a second person inside us” at every turn, making links between sections, acting as structural principle. It connects dream to memory, and end to beginning. It replaces stable, bounded individuality and linear narrative progression with the “partiality, irony, intimacy, and perversity” of Donna Haraway’s cyborg subjectivity, quoted as the epigraph to the book.

In ‘Unbearable Splendor’, then, Shin turns our attention back to the source: of life, of identity, of stories. Complex yet compelling, the book asks to be read and reread, to test Shin’s claim that “the opposite of what is familiar is infinite possibilities of startling encounters.” Coming to the end of the book, I return again to the beginning. Back on the very first page, I read: “There is a limit to canniness, but not to being uncanny — it is infinite, 무한, mu han.” Such a line cuts across languages and identities, and yet it creates a rhythm. In ‘Unbearable Splendor’, Shin configures and reconfigures this unconventional rhythm, as the “slipperiness of a shared time”.

"Each re-telling of those extraordinary tales of derring-do was invested with a sense of immediacy and cinematic detailing." Chitralekha Basu...