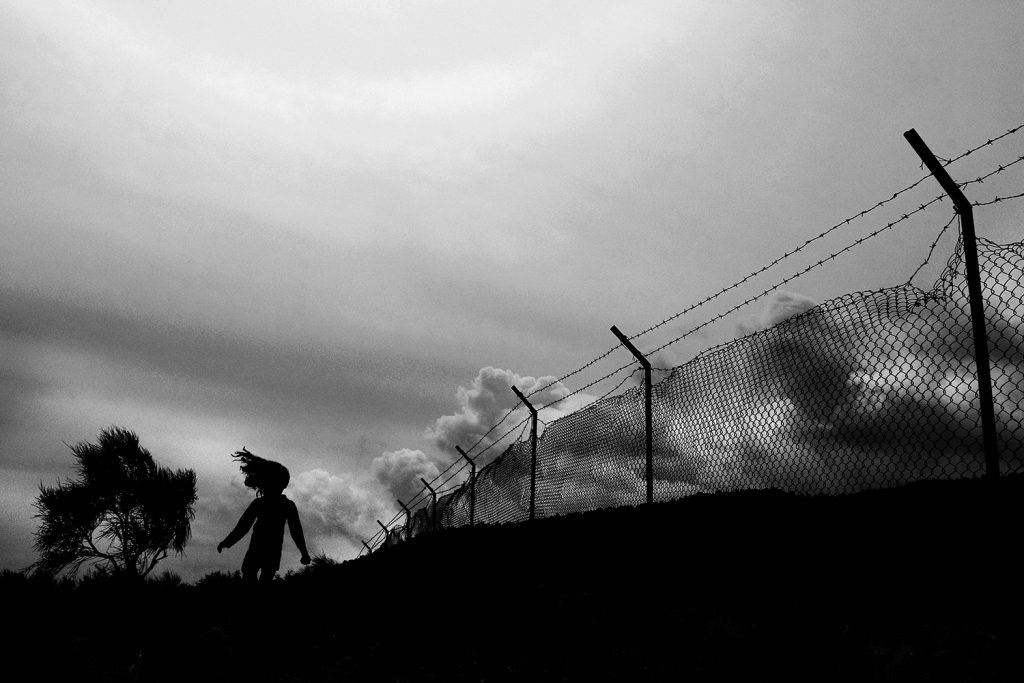 Mobility in border by Mohammad Ali Mirzaei. Image courtesy of the artist.

I am going through this terrible job as fast as well as I can and it makes no difference
because in the end, when I finish, they are all going to start killing each other anyway.

He was the unbiased cartographer,
given five weeks to draw a line
in blissful ignorance of incompatible,
blood-thirsty gods and a divided
consciousness that forced an imperial exit.
An unlikely bidder assigned to saw
a nation in two, to draw a haphazard
Radcliffe Line, to haunt a subcontinent
until the end of time. He drew not
by insight, but by strife, shadowed
by diktats of religion, distrust, scattered
princely states and war time debt.

How a barrister from Lincoln’s Inn,
with no knowledge of the land
and its colours, could redraw a nation,
no one knew. On an outdated map,
he demarcated seas, rivers and
valleys of a country he had never seen.
He earmarked cities hanging
on the edge of conflict; he broke iced
mountain peaks into impasse
and imbroglio; he drew a frontier land
of life and death. The architect of
partition, he was the empire’s avenger
on a nation whoring after alien gods.

A tryst with destiny, a preliminary sketch
of the longitudes of war, a de facto line
defining neither nation. The line
reincarnating as a fragile ceasefire margin,
that moves to and fro with glacier tilt,
political wrangling, night shelling,
infiltrations across barbed wire fences,
searing salt marshes and singing deserts.

When the empire divides, it is for all eternity;
an unchartered terrain that breathes life
and death between barbed wire fences.
Boundaries are crossed in high commissions,
by diplomatic emissaries who exchange
nuclear words. Longitudes of peace are drawn
by dreamers, who drown themselves in verse.
Across the flicker of fire, an enemy journal
earmarks ‘Radcliffe Line’ for Poem of the Week.

Poet’s note: the Radcliffe Line is a boundary demarcation line between India and Pakistan drawn by Cyril Radcliffe.

As part of our offline activities for this year, we present writing workshops for young and mature writers alike in Islamabad, Pakistan. Writing samples are required for the 12 week course taught by the magazine’s Editor-in-Chief.

The Collector of Lists

"And then I remember the grey metal sign at the entrance to the building..." Story of the Week (November 25),...