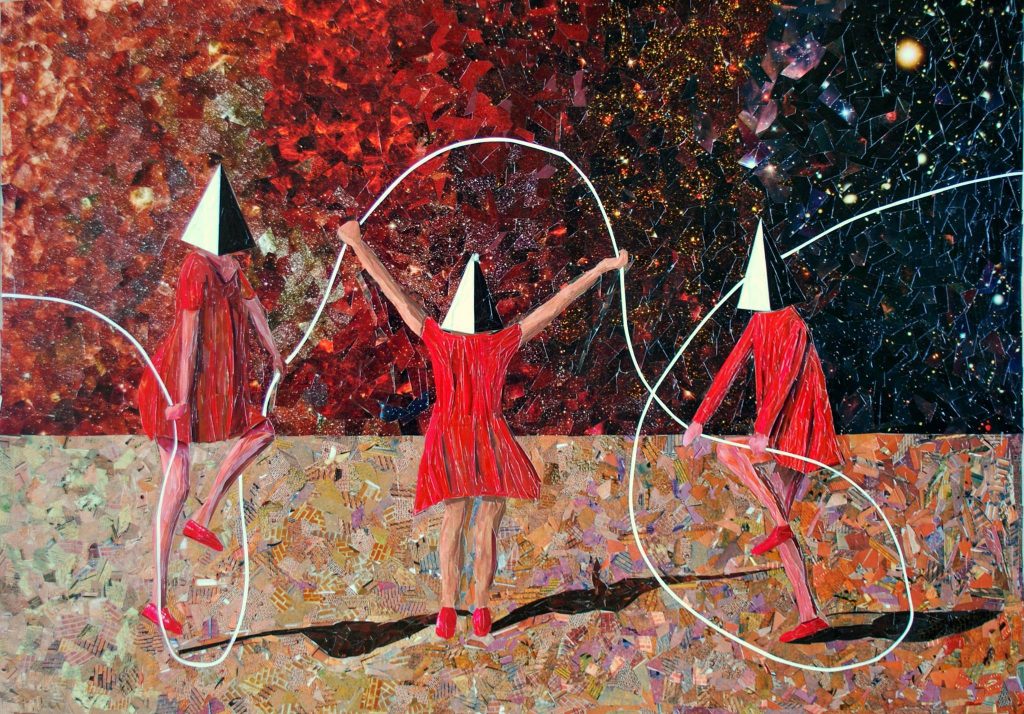 You could never just chime in to this rhyme. You had to touch the tips of your middle and third fingers with your thumb, leaving the index and pinky fingers free and shake your hand loose while bobbing your head like the Fresh Prince of Bel-Air. Only then were you doing it right. As we stood in line chiming away, this girl behind me showed me how to pick leaves from the hedge, neatly fold it into a leaf sandwich and bite into it. That was one tasty leaf. But I was quite full from the cheese sandwich Ammie had given me for lunch. I know because that’s the only thing I ever took for lunch, every day, for my entire school life. As I munched on the last of the leaf on leaf sandwich I looked around for one of the flowers whose nectar I had been slurping off of. I wanted to show my new friend this new trick I had learnt. I would part this flower to sip on its sweet nectar and then lick base to stick it on my nose. But I couldn’t see any of those red flowers nearby and the line started to move.

When we went back to class Mrs. Greene told us that since we were all still new she wanted us to learn each other’s names. For that she had folded colorful pieces of cardboard on her desk. We could pick whichever one we wanted and write our names and decorate them. But so that there wouldn’t be a rush around her table, she would call two tables each. Each hexagon table had five of us sitting around it, and there were six tables in the room with a large green carpet in front of Mrs. Greene’s large desk. Green was my favorite color.

I was on the last table from her desk but if you turned the other way I was closest to the board, and both the doors in the room. The back side door was where we would have our recess where we had just entered from. The front door led to a corridor leading to the children’s library and a brand new small room with computers. It was always cold in that room.

The colored cardboards weren’t really interesting until I saw the most beautiful neon orange cardboard! Oh I had to have it, but I was going to be last in turn. Neon orange was my favoritest color ever. I sat there staring at it, as girl after girl came straight to pick them until there was only one left. It was finally my turn and I ran to grab it when all of a sudden a hand swooshed in and picked up my neon-orange cardboard name thing. I furiously looked up to see who could be faster than me, and then the classic furrowed brows followed. ‘Missuz Green?’ I whispered under my breathe. The sneaky teacher wanted it for herself! How could she. I could feel the tears in my eyes about to start to well-up when she said with a lovely smile on her hedgehog face with curly brown hair. “Everyone who wants this last one follow me.” And so we did like baby ducks to the side of the class near the windows that overlooked the new computer room.

“Now, I’m going to think of a number from one to 15 and whoever guesses it first will get this”, she said holding on to the piece of cardboard. “Okay, now everyone make a line, quick quick.” Somehow I was nearer to the end of the line, which made me realize I had made the same mistake again. She started with Dorothy.

“No Dorothy, everyone gets one chance.”

All the while my mind was running striking out numbers. Wait a minute I thought, didn’t Dorothy just say five. Why would you say that again? Oh well, at least she didn’t get it.

When we went back to class Mrs. Greene told us that since we were all still new she wanted us to learn each other’s names. For that she had folded colorful pieces of cardboard on her desk. We could pick whichever one we wanted and write our names and decorate them.

Shaking her head she kept walking down the line with a smile that was quick fading.

Until she was right in front of me, standing with the neon orange cardboard that I so so wanted. I lost all thought and I was about to blurt out a number, but which one, they’d all been said. So I quickly started doing the numbers on my hands behind my back. Five, seven, eleven, twelve, fifteen, thirteen, fourteen…

“Come on Anya, I’ll have to move on otherwise.”

She was breaking my numbers. I nodded as I quickly did some more, six, no that’s done, seven, eight, three, two, one … what’s left?

Should I just say it or should I do the rest as well, oh no, if she reaches three I won’t have a guess left. “Nine,” I blurted.

“Nau…Yes!” she sighed such a sigh of relief, while everyone grumbled.

I skipped to my table and sat down to decorate my name on the lovely piece of cardboard that I had won. But when I tried to write on it none of the crayons would work. Their colors hardly came. Then I used lead pencil and drew and that too was so light. We weren’t allowed to use markers so I tried color pencils. They were only worse. I wrote and re-wrote over my name and drew flowers all around. But nothing I did would help. It just made it worse. All of the girls came to see what I had done with the neon orange piece of cardboard I had won. Everyone just walked away without saying anything.

It was the ugliest name card in the whole class.

“…souls many, so many, Ramona/ lovers scarved with rainbows/ scattering galaxies out of sad earth.” Poem of the Week (November 12), by John Robert Lee.

"Sania watched her break, the woman in the mirror." By Naima Memon, from The Missing Slate's fiction workshop.