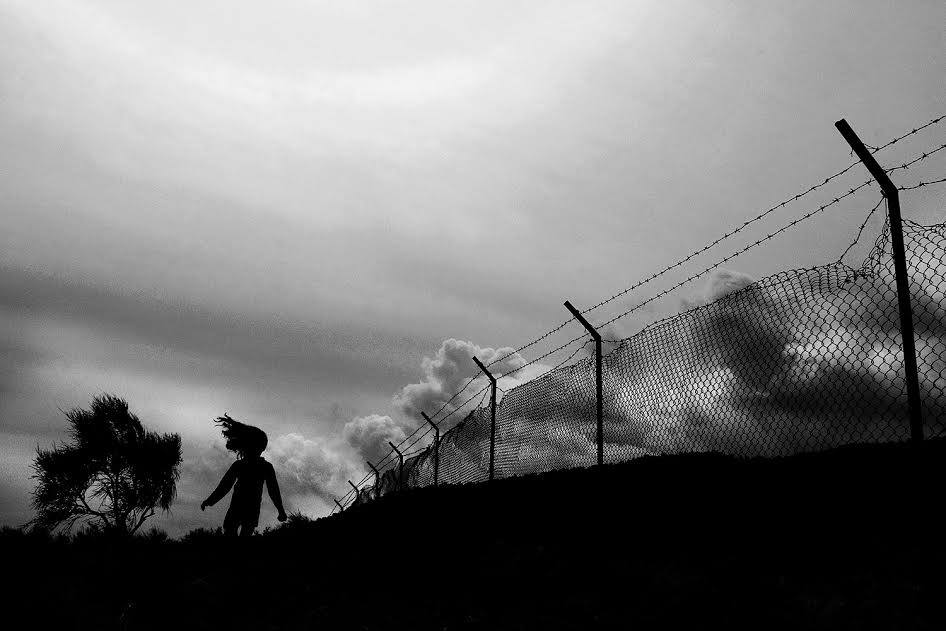 Sania watched her break, the woman in the mirror. She watched her fall apart then gather up the pieces, slicing open her heart on the jagged shards. Her eyes fixed upon the brown orbs staring back at her, and she felt another fissure tear through her as the shadows locked within fought to break free.

Her hands, pressed down on the marble countertop, curled into fists, her nails digging into her skin. Her jaw was clenched, her teeth grinding together painfully. Yet, she yearned for the physical pain, her eyes travelling over her arms where her scars tingled under her sweater, her blood searing her veins, and, looking away from her reflection, Sania closed her eyes. Her lips were pursed as she took short rapid breaths.

“I’m okay,” Sania murmured to herself, sighed, and repeated her words that echoed in the silence of the room, wrapping her in a blanket of hollow consolation, pierced by memories she kept restrained

“Sania,” her mother’s voice travelled past the walls of the bathroom that concealed her demons from the curiosity of the world outside, startling Sania and wrenching her out of her thoughts

Sania opened her eyes, blinked back tears, and swallowed the lump in her throat, before shouting back a reply to her mother, that satisfied her enough to quell an onslaught of questions that Sania was unwilling to answer.

Sania kept her head lowered for a few moments, breathing deeply, before she glanced back at her reflection, her eyes were bloodshot and her face was pale. Turning the tap on, she splashed cold water onto her face, watching as the drops of water rolled down her cheeks. Every bristle of the towel on her face prickled as it drank away the water and Sania held it against her skin for longer than necessary, taking comfort in being hidden from her own loathsome gaze. She pulled the cloth away, hesitation seeping into her heart upon the prospect of having to face her mother, and hoping that the battles she fought with herself in solitude would not make themselves known.

Taking a deep breath, she threw the towel on the counter, turned the knob and stepped out of her shelter, a small smile on her lips the facade her mother needed to see, and her darkened eyes a view of the destruction she held within.

Yet the image before her as she entered her room made Sania freeze in her tracks and tore at the cracks that snaked under Sania’s skin.

Her mother, Naveera, sat upon Sania’s bed, a picture frame in her hand and a fond smile tugging at her lips. Her hand lay upon the image of an eleven year old Sania in the tight grip of her father, both of their faces lit up with joy.

A whisper of sorrow brushed against Sania, but before she could be lulled by its inviting tone, Naveera looked up at her, her watery smile wavering slightly but still firmly in place.

Sania’s gaze travelled to the picture in her mother’s hands, the picture Sania had been clutching before the overwhelming despair had sent her crying into seclusion, privacy the lack of a lock on her bedroom door prevented her from having.

Taking a deep breath, she threw the towel on the counter, turned the knob and stepped out of her shelter, a small smile on her lips the facade her mother needed to see, and her darkened eyes a view of the destruction she held within.

Naveera glanced down again, and giving a soft sigh she placed the frame on the bedside table, staring at it a moment longer before looking up at Sania, who gave no inclination of the grief diffusing through her body

“He would be so proud of you,” she said, her words so soft Sania felt they were meant for Naveera herself.

Sania folded her arms tightly across her chest, her fingers biting into her arms, and she parted her lips to offer her mother a reply, to deny her mother’s words, only to have silence escape her.

She shuffled her feet, her nails digging deeper into her skin as she spoke in a clipped voice, “Mama, you were calling me?”

Naveera looked at her and Sania saw a glimmer of disappointment laced with relief shine in her eyes, before she stood up, cleared her throat and said, “Yes, I’ve been calling you for dinner for the past ten minutes, now hurry up, I’m not climbing all those stairs again.”

Sania nodded, flashing Naveera a tentative smile as she walked out of her room.

Letting out a deep breath, Sania pulled her arms apart, allowed a lone tear to leak out of her eye before she brushed it away and followed her mother.

The broken woman remained hidden behind a smile.

"I was to only observe and watch Father and receive instructions from him for the first week. On my first...