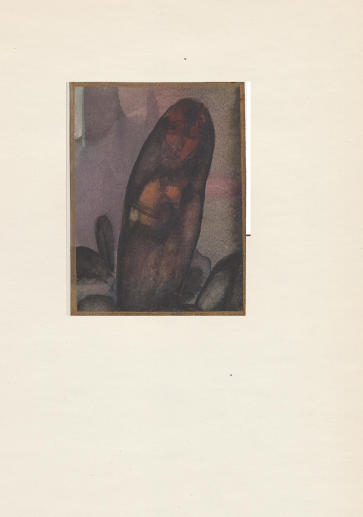 We Found the Song: A Selection of Poetry Edited by David Shook

The poems in this special selection hail from Iran, Mexico, Mongolia, São Tomé and Príncipe, and here in Los Angeles. Written in Persian, Spanish, Tsotsil, Mongolian, Portuguese, and English, the poems reflect my recent reading as Founding Editor of Phoneme Media as well as my own work as a poet and translator who, like most of those so afflicted, routinely exchanges work in progress with fellow poets and translators, like Jen Lagedrost, whose short poem ‘A Lion in the Shower’ I recently read while we corresponded about the translation of Malagasy poet Jean-Joseph Rabearivelo (sometimes regarded as the first African Modernist).

The recurring themes of exile and immigration emerge in this selection in several ways, most prominently in the work of Eduardo Arellano, a poet who spent his most productive period in Mexico’s Baja California. Arellano, largely unknown even in Mexican circles because of his premature death, has been championed by masterful translator Anthony Seidman, who himself has inhabited the Mexican border region for over 15 years. Mohsen Emadi, himself exiled from Iran in Mexico, here translated by Lyn Coffin, recently told me that his most painful exile was that from the Persian language, which he’s carried with him on his post-Iranian journey through Finland, Spain, and now Mexico. His English-language debut, ‘Standing on Earth’, appeared from Phoneme Media in September 2015.

I hope these poems might interrupt the reader’s day by introducing them to a wider, more vibrant world than the one they knew before.
By writing in Tsotsil, a Maya language with about 400,000 speakers in Southern Mexico, Ruperta Bautista rejects the linguistic imperialism of the Spanish language. Like many of the world’s indigenous populations, Mexico’s original inhabitants are often made to feel they don’t belong in the nation states established at their expense, and the primacy of the colonial language serves to reinforce existing power structures. Clare Sullivan, whose recent translation of Natalia Toledo’s ‘The Black Flower and Other Zapotec Poems’ appeared in November from Phoneme, has managed to convey the electric and boldly contemporary spirit of the original.

Tseveendorjin Oidov, whose English-language debut is forthcoming from Phoneme in Simon Wickhamsmith’s translation in July 2016, is one of the few avant-garde or experimental poets to have come out of Mongolian. A talented painter as well, Oidov’s often dark, surrealistic imagery of eagles and horses are interrupted by expressions of laughter and an appreciation for the world’s natural beauty in the same way that I hope these poems might interrupt the reader’s day by introducing them to a wider, more vibrant world than the one they knew before. As the plural speaker of the poem by Conceição Lima, who lives and writes on the tiny island of São Tomé in West Africa’s Bight of Biafra, though “we arrive from all over, lonely”, it’s my hope that this selection of poems from around the world will help us all to find the song.

David Shook is a poet and translator. He lives in LA, where he is editor of Phoneme Media.

September 1st, 1939  If those who do not know history are doomed to repeat themselves, we are in a tornado. Turning vicious cycles. The…

We Found the Song

"The petals fall./ One by one/ They fall from the kapok/ Over the afternoon’s skin..." By Conceição Lima, translated from...