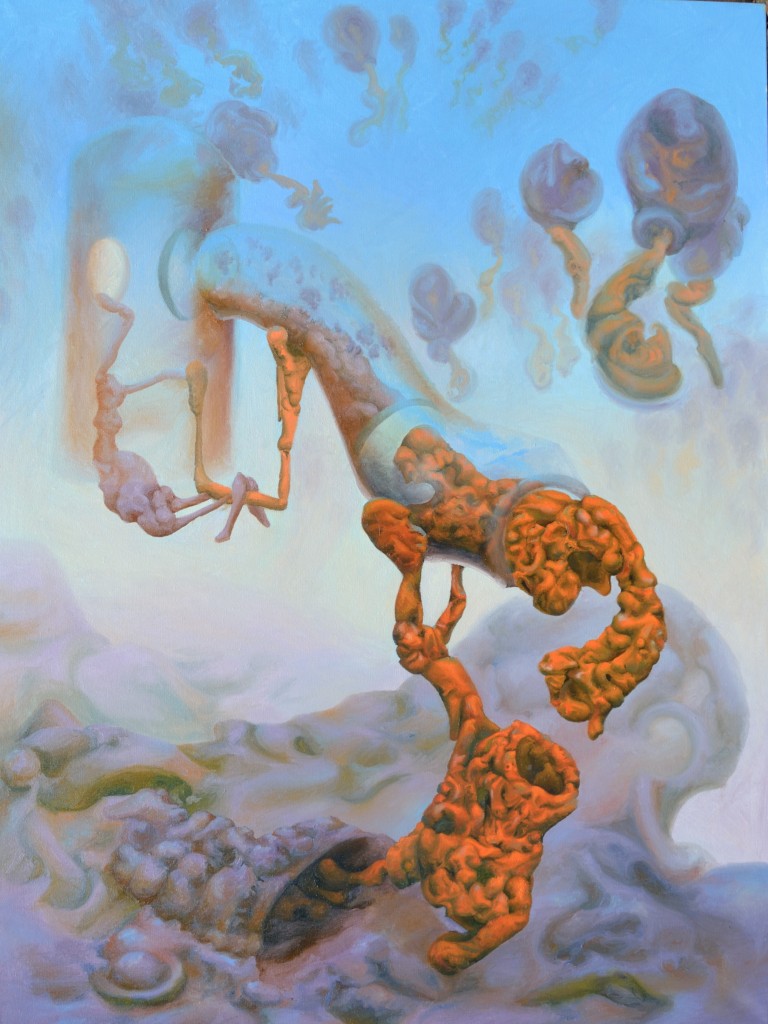 On your planet, an apple falls from the tree
and Newton discovers the laws of gravity.
On my planet, the telephone rings.
Newton picks up the receiver,
is hurled into the air,
and gets stuck in the branches of a tree.
I prefer to sit
on the principles of natural philosophy
and bite
floating apples—
which is to say
I want to weep a little.

a street where no dog barks
is a dead street
the dogs with lolling tongues
pant
and grab the pants of a passing poet
the poet takes off his pants
and his shirt
and naked as the day he was born
escapes into the world
the dogs bark
and run from one street to another
a poet who forgets all his words doesn’t have any weight
he turns into a straw in the wind.
The wind howls in the howling of the wolves
The wolves escape in the snow
which is burying the streets.

Born in Iran, Mohsen Emadi is the award-winning author of four collections of poetry published in Iran and Spain, He has also translated numerous collections of poetry. Emadi studied Computer Engineering in Sharif University of Technology in Iran and Digital Culture at the University of Jyväskylä in Finland. He is the founder and manager of Ahmad Shamlou’s official website, and ‘The House of World Poets’, a Persian anthology  featuring more than 500 poets from around the world. He was awarded the Premio de Poesía de Miedo in 2010 and IV Beca de Antonio Machado in 2011. Emadi has lived in Iran, Finland, the Czech Republic, Spain, and is now based in Mexico City.

Lyn Coffin is a widely-published poet, translator, playwright, and fiction writer. Her translation of Rustaveli’s ‘The Knight in the Panther Skin’ appeared in 2015. She has published nineteen books, and currently teaches professional and continuing education at the University of Washington.

“Twenty-three friends and relatives to serve. Resentment, petty rivalries, and open derision silently put away for a few hours of dishonest civility.” Story of the Week (September 6), by Rob Ross.

A Lion in a Shower