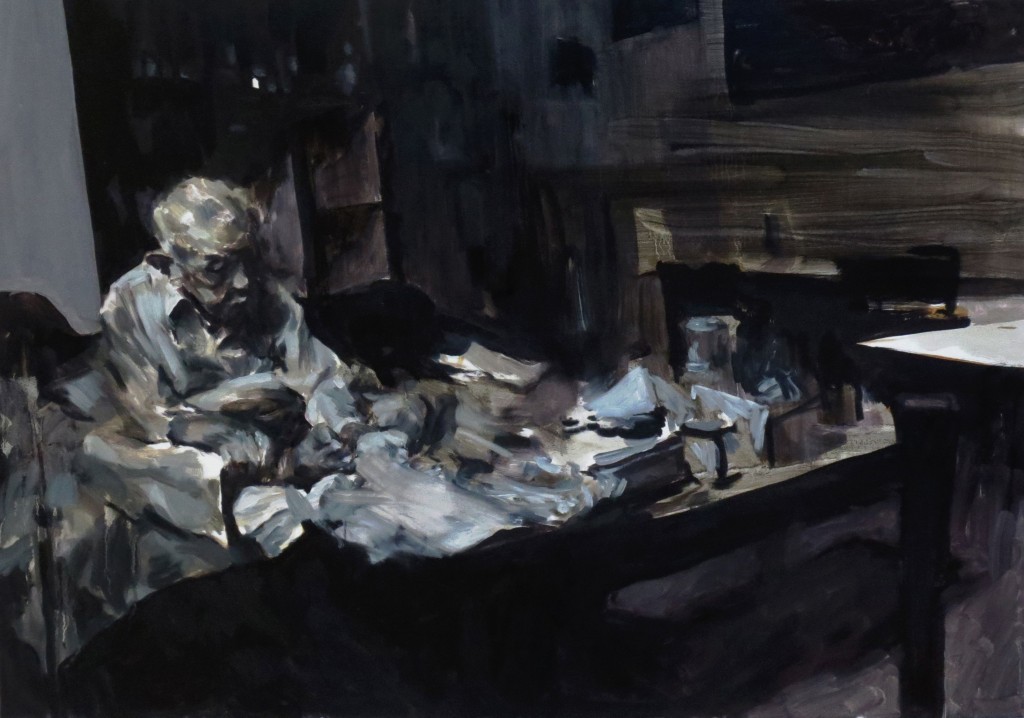 “The roof terrace, sir?” asked the hotel receptionist. He was in the regulation red uniform with gold-colored buttons and a little black hat.

“Yes,” I said. My Blackberry buzzed in my pocket. I involuntarily checked to see what it was. Some girl commenting on Facebook; nothing interesting. But the device was useful in that it allowed me to cut short any further small talk with the receptionist. I didn’t want him to ask how I was, what I did for a living, or why I was in the country. I didn’t want to see him smile insincerely as he asked what I needed, then linger until I forked up a few coins as baksheesh.

A couple was also waiting for lift. I knew they were tourists, because they were in shorts, and only tourists wear shorts in Cairo. That’s because everything gets coated by the dust and dirt kicked up from the street. And due to the unfathomable standards of Arab formality, nobody takes a person in shorts seriously, even in the city center. I’ve never liked tourists.

The lift arrived quietly. Its door opened and we got in. My jacket felt tight around my arms; my muscles were sore after a two-hour workout at Gold’s Gym. I looked in the elevator mirror and was pleased with what I saw. I was muscular but not overly buff. I was pressing two hundred pounds these days.

I pushed the button for the fourteenth floor and the doors closed. As the piano version of “My Heart Will Go On” trickled quietly from the speakers, I reflected on whose decision it was to choose the music that plays in five-star hotel elevators. Why Vivaldi in the Four Seasons, Clayderman in the Hilton, but Celine Dion in the Marriot? Whose job was it to select the music that distracts a person’s attention from the fact that they are racing up and down in a metal coffin at close to forty miles per hour?

The door opened at my floor. The terrace was bathed in afternoon light and the sound of gurgling water traveled down the leather-chair-lined corridor that led to the pool. The light wind blowing over the Nile brought with it the smell of mud.

Blue- and white-striped patio umbrellas fluttered in the breeze. Just a few people sat at the bamboo tables beneath them, mostly Saudis. I cut across the pool area and headed for the bar. There stood a waiter named Omar, his shirt unbuttoned to his chest. He smiled broadly when he saw me. Omar and I were tight. I had been paying my respects at the bar for almost half a year now.

Mustafa was once an activist with the April 6th Movement. During the revolution he would talk about true democracy and the democratic transition.

After the army outlawed the April 6th Movement, he stopped talking about politics and took to drink. I knew this because his skin had begun to yellow, like that of all Arab drinkers. Their systems simply can’t process alcohol properly.

Omar nodded and took a bottle of Havana rum from the shelf. He poured a jigger into the blender, added ice cubes, and ground three limes onto a metal juicer that skillfully extracted the seeds. He shook the drink, poured it into a goblet, and then added sugarcane syrup.

“How was Sinai?” he asked, setting the glass in front of me.

“Did you see any tanks?”

“Yes. A few. There was fighting in El Arish.”

“The Bedouins kept the police building under fire for around eight hours.”

“Damned Bedouins. I can’t stand them.”

“So the army came to restore order.”

“Indeed, if the army showed up, order will follow.”

“Sorry,” I said. Omar nodded and went to do some washing up.

A few days later, the Gaddafi loyalists began to shell Misrata, and Harvey Dabbs was killed. It was a stupid death, like every death in war.
The bank had sent a text. Two thousand dollars had arrived in my account; a pay transfer from the newspaper I worked for. I disconnected from both the mobile network and the Internet. I didn’t want to hear from anybody. I looked at the cocktail in front of me, the condensation clinging to its side, and reflected that this had been my twelfth mission. I’d gotten it done, just like always. Not everybody could say the same. The fleeting image of Harvey Dabbs came to mind. In the Tibesti Hotel, in Benghazi, he was holding forth on the importance of prayer. We were drinking Johnny Walker, which they sold under the bar. The whole place was sloshed on it.

“You know, this is my fifteenth war,” said Dabbs. “I’m in with God. I even have my own prayer. In this profession, you have to pray. ‘Our father who art in heaven / hallowed be thy name / thy kingdom come/ thy will be done/ In war we earn our daily bread/ just don’t shoot us with your “50s” / vests or not those buggers leave us dead.”

“Amen,” said everybody and applauded loudly.

A few days later, the Gaddafi loyalists began to shell Misrata, and Harvey Dabbs was killed. It was a stupid death, like every death in war. A car bomb had exploded next to him while he was photographing the rebels’ advance. Three of us went to identify his corpse in the garage they were using as a morgue. Only his upper torso remained; the rest was lost to the explosion or stray dogs.