Frailty of the fairer sex: A myth or reality? 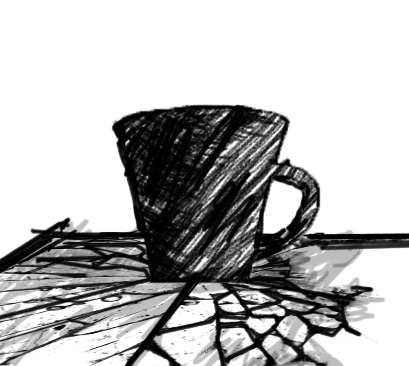 “The history of man’s opposition to women’s emancipation is more interesting perhaps than the story of the emancipation itself,” Virginia Woolf, A Room of One’s Own

The above quote demonstrates two things: Woolf was ahead of her time (which, depending on who you ask, might not be newsworthy) and she was aware of the imbalance between the two sexes. Women of the age, ‘enlightened’ women, the women who in their own ways blazed the path for feminism, were still trying to find ways to address the gap, questioning its right to exist in the first place.

In the middle of the twentieth century, in the cradle of what went on to become the feminist movement, women began to speak up. The sex that had until then been exploited by men and society and at certain heartbreaking moments, by women themselves, was redefining who was ‘in charge’ of the discussion and by extension, their own lives.

In patriarchal societies, however, feminism has not reached its fullest potential. Education, career, marriage, inheritance are all part of a performance scripted by one’s parents in an attempt to conform to social ideals. From the moment she is born, she is treated like a second-class citizen of her own life. Despite an increased sense of awareness and educational amenities, many parents in the subcontinent still prefer boys over girls, at times attributing a false sense of superiority to one gender over another.

Farah, a 32 year old woman of two, does not want to return to her husband’s home, after suffering through emotional and physical abuse for six years. When asked why she didn’t retaliate, her response was simple, “He is the father of my children and I was comfortable with him. To the world, we were a family and I wanted my children to live a normal life. I kept giving him chances hoping he’d change. But he didn’t.” She now resides with her parents until her divorce’s paperwork comes through, which may take a while due to Pakistan’s skewed laws. Many women like Farah tend to live the lie others might call wedded bliss. Yes, marriage is a compromise, but our pointless traditions take compromise to a completely new dimension.

Most blame women for not fighting back. But even if she does, the “What will you do? Where will you go? This is a man’s world” comments will be the knee-jerk reaction of a society willing to accept the skeletal framework of feminism without incurring any of its more lasting costs. American activist and writer, Sonia Johnson put it in a much starker light when she said: “Who but women would be told that it’s ok to talk about your oppression, but not ok to organize to end it?”

There is a flip side, of course. The growing number of professional women entering the professional workplace bears testament to this. “When I started working, I was told I wouldn’t survive,” says Zahra. “I faced intense rivalry and discrimination from the moment I began working,” which, owing to her ‘special case’ as a two-time divorcee didn’t make weathering the social storms any easier. But “they kept on giving me challenges, I kept on becoming more competitive, until one day they had to give in and admit that I was their equal, if not better.”

Zahra was recently promoted to chief marketing manager at a major advertising agency.

There are very many angles to both of the above scenarios and numerous cases ranging in between these two extremes. Many social, psychological, individual factors affected both the women differently; causing each woman to act or not to act the way that she did. The injustices against the fairer sex are countless but at the same time, number of inspiring women who choose to rise above their grievances is also rising, slowly perhaps, but consistently. It may be why women, who have risen above this unwritten subjugation, have been labeled as rabble-rousers who don’t want ‘normal’ women to be satisfied with the roles that have been stipulated for them by society.

But perhaps the question is not so much about equality as it is about the fact that no one should have the right to make decisions for women, except women. It is encouraging, however, that women today are more aware of their existence than they have ever been before, and are actively speaking up against the injustices that they’ve continually been subjected to.

It may be prudent to presume that a war raging for generations may just be turning into a fairer fight.

Wajiha Hyder is Articles Editor for The Missing Slate.

“I am neither ship nor ocean/ I am the thing the ocean wrecks the ship into.” Weekend poem, by Ephraim Scott Sommers.