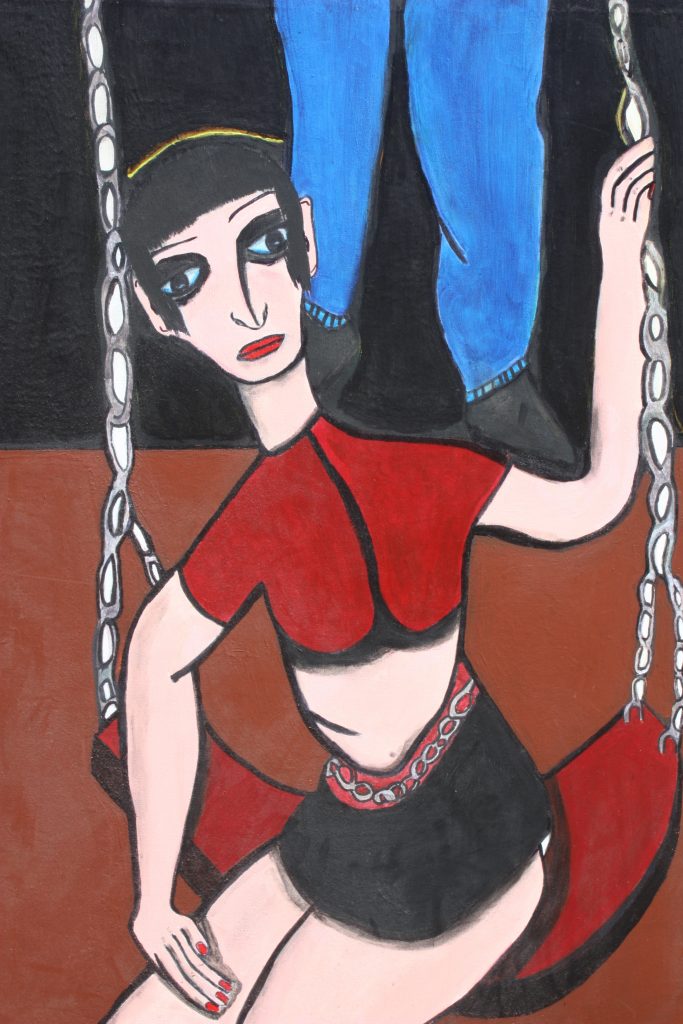 The LG flatscreen sounded a tiny ‘zooop’ as it went off, fading to black over the ‘Harpo Studios’ emblem, trademark of Oprah Winfrey’s empire. Heavy-hearted, Zintle Msengwana sighed to her feet. The queen of talk was serious; she was really going off primetime for good.

Zintle couldn’t believe it. Not much made her days cleaning up other people’s mess easier to stomach. If the halls were empty and the work hadn’t piled up, relaxing in front of talk shows and soapies was the one treat she allowed herself before she started her routine. Management in some lodges was strict, and allowed only good clients to book rooms. At The Grotto, class and wallet size equalled one and the same, and judging from the nonsense Zintle had had to clean out of some of the rooms, that equation told a sad, disgusting story. At some establishments, they were more lenient, allowing longer breaks if the day was slow, or generous, handing out barely used or expired stock to staff that wanted it. No such luck at The Grotto.

Zintle sprayed the shag-pile rug in the en-suite sitting room with carpet cleaner and started on the bathroom while it dried to powder. She sighed again, shaking her head as she removed a half-full wine glass rimmed with lipstick from near the bathtub. The bathroom smelled vaguely of alcohol. Ms Greenwood was a good woman but she drank too much. It was an open secret amongst the staff and management, who’d turned a blind eye and tolerated it for years, but now the stakes were higher. The lodge had stepped its game up in the bid for three-star status, and if Ms Greenwood wasn’t careful her job would be on the line. It would be terrible to lose her over something so shameful.

Pushing the lamp aside, she knelt beside the bundle on the floor, pulling back the duvet. She jerked and uttered a tiny whimper.

Deciding to leave the scrubbing of tiles, which she hated, for last, Zintle moved on to stripping the bed. She yanked the corner of the duvet spilling down the side of the mattress. Cursing when it didn’t budge, she inched over to the other end of the bed, pulling harder. It gave under her force, releasing a heavy weight that rolled against and buckled her legs. Zintle yelped, stumbled and fell against a side table near the window, overturning a lamp.

“Hhayi mhani. Jesus.” Pushing the lamp aside, she knelt beside the bundle on the floor, pulling back the duvet. She jerked and uttered a tiny whimper. Underneath lay Rhonda Greenwood, face down and back turned, head barely visible beneath the rumpled folds.

She had no idea why she was whispering, only suddenly she felt scared. She shook harder, and watched Rhonda Greenwood’s pudgy, prostrate form jiggle back and forth under her hand with no will of its own. Gulping, Zintle heaved, dragging the edges of the duvet and Greenwood closer. The woman pitched and rolled, coming to rest on her side. Through the blonde strands falling across her face oozed a dried mess of thick, creamy-looking fluid inside and around her mouth. A dark red lump stood out behind her ear.

Zintle shrieked and scrambled on all fours towards the door.

“…I miss the old days,/ Now it’s all crowds at airports, refugee camps;// The world decamped,/ With nowhere to go.” Weekend Poem, by Jeremy Wikeley.