When art meets the conspiracy.

Believing in conspiracy theories, and viewing anything made in the West with suspicion, is almost a staple of many (if not most) in Pakistan, where art is a barely recognizable domain and many are unable to appreciate its aesthete. This results, sadly, in jumping to wacky political conspiracy theories focusing primarily on devil-worship and the occult. Case in point: Madonna’s Frozen music video , still the cause of much debate and conversation fourteen years after its debut.

The popular and instantly viral eschatological documentary The Arrivals (also called ‘The Wakeup Project’) is perhaps the culprit that first deemed Madonna’s music video “satanic” in its episode ‘Musical Sorcery’ . The Arrivals builds on the Judeo-Masonic theory that proposes that the Zionists and Masons – collectively referred to as the ‘Illuminati’ – are colluding to undermine and destabilize Islamic countries and achieve world domination through a one world government and religion. 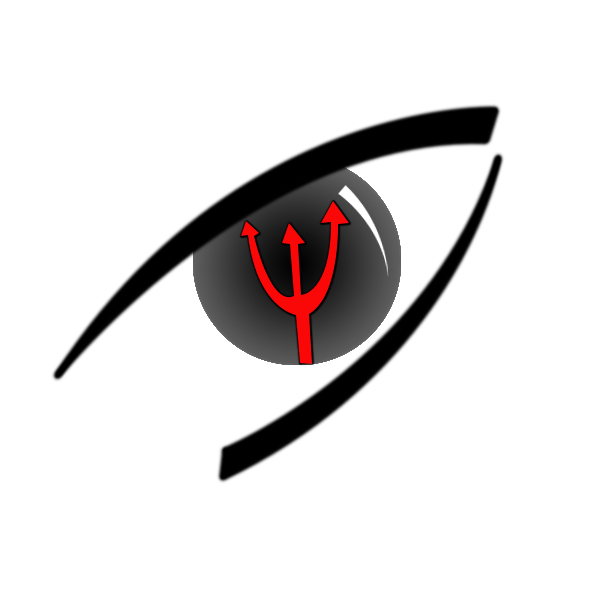 Now, the Judeo-Masonic conspiracy theory first came into being through a fabricated document in Russia in the early twentieth century known as “Protocols of the Elders of Zion” . This anti-Semitic document was taught in schools across Germany after the Nazis came to power, and according to historian Norman Cohn, it subsequently became Hitler’s “warrant for genocide”

The Arrivals is filled with pseudo-scientific mumbo-jumbo about how the perpetrators of the New World Order have established ‘Star Gates’ to make connections with and control unseen forces – Jinn in Islamic lore – in a parallel universe. The fatal flaw of the documentary is that it mistakes mystical brotherhoods as practitioners of a vague ‘black magic’, the Freemasons being their popular victims. Calling Masons “devil-worshippers” and “sorcerers” is not uncommon in Pakistan especially after Masonic lodges were outlawed by the former President, Zulfikar Ali Bhutto, in 1972. The Masons are perhaps the spiritual descendants of the Pythagorean mystics of ancient Greece who revered mathematics and reason as the language of God. It is this misunderstanding of positive, character-building mysticism as some kind of insidious black art that is the basis for the claims common on the web.

True, the video appears to be sinister at first glance. The Arrivals’ filmmakers claim that the video is satanic because Madonna has apparently adopted the aura of a witch (which automatically means that she is dancing for, and calling upon, the devil). That she shape-shifts into a black dog is reminiscent of the Jinn, so of course the video must have evil connotations. It ought to be impossible to refute that the lyrics of the song contain an obvious reference to the way Satan tempts human beings into committing sin, ergo the fallback argument of it being “evil”. And these are really the most simplistic interpretations.

Let’s break this argument down piecemeal.

Calling Masons “devil-worshippers” and “sorcerers” is not uncommon in Pakistan especially after Masonic lodges were outlawed by the former President, Zulfikar Ali Bhutto in 1972.

Madonna openly practices Kabbalah which, contrary to common belief, is not an evil dark art but falls under the school of Jewish mysticism and can arguably be considered the Jewish counterpart to Sufism. Wicca is not a devil worshiping creed of witches—a misconception first popularized during the infamous witch trials of the Early Modern period — it is a pagan mystery religion that includes nature worship. It is also true that Madonna’s video is chock full of Wiccan symbolism. It needs to be pointed out, however, that the “devil” is a Judeo-Christian construct and, as such, has no place in pagan theology at all.

Secondly, the shape-shifting in the video is not to be taken literally. It is the symbolic rendition of the Wiccan ideas of personal transformation and metamorphosis. ‘Familiar spirits’ may be Jinn, but this in no way suggests that Wiccans control them for devious reasons. ‘Familiar spirits’ such as the dog and the raven symbolically (the watchword here) ‘help’ the Wiccan to transform and travel from this world to the unseen world, thus achieving a higher state of consciousness. This state of consciousness is what Sufis call fana, or the annihilation of the ego. Attempting to achieve this state of consciousness is what mysticism is all about. Madonna herself appreciates the ideas of Jalaluddin Rumi as shown by her 1998 reading of Rumi’s poem Bittersweet in collaboration with Deepak Chopra, as well as in her song Bedtime Story and its music video which employs numerous Sufi ideas and motifs. It is clear that the makers of The Arrivals were unaware of these important factoids, leading them to interpret the song in quite another way.

Madonna openly practices Kabbalah which, contrary to common belief, is not an evil dark art but falls under the school of Jewish mysticism and can arguably be considered the Jewish counterpart to Sufism.

The scene where Madonna is present as three identical witches is perhaps where the core truth of the mystical implications is evident. Three witches are very evocative of the three hags in Macbeth, but I believe this has much greater symbolic significance in the video. Wiccans believe in their own version of the Holy Trinity (of Christianity) called the Triple Goddess. Being a feministic religion, Wicca has the Maiden, the Mother and the Crone instead of the Father, the Son and the Holy Ghost, and perhaps the three Madonnas represent this aspect of Wicca. This is where the Wiccan theology ties in with the Hindu concepts of Trimurti and Tridevi – Hindu trinities. The former is the trinity of the Hindu gods Brahma, Vishnu and Shiva and the latter is the trinity of goddesses namely Sarasvati, Parvati and Lakshmi. It is rather interesting to note that in their respective cultures, both the Maiden and Brahma are considered as the Creator, the Mother and Vishnu as the Preserver and the Crone and Shiva as the Destroyer.

In her video Madonna then looks to the sky for power, and light from a bright star is shown to descend. According to the makers of The Arrivals, this is the star Sirius (the brightest in the night sky) but then they equate it with “dark energy” that Madonna “absorbs”. On the contrary, Sirius has been an object of veneration in many pagan civilizations – including ancient Egyptian, Roman, Arabian and Hindu. Once, known as the ‘Sacred Star of Isis’ in ancient Egypt, its appearance in the sky was associated with the flooding of the Nile and, therefore, fertility of the land.

The bright star may also be the Moon or Venus. The former interpretation makes sense because the moon has been a longstanding symbol for love, femininity and creative inspiration and is in fact the symbol for the Triple Goddess in Wicca. The Maiden represents the waxing moon, the Mother the full moon and the Crone the waning moon. The latter interpretation also makes sense because the planet Venus is identified with the Maiden in Wiccan tradition, and the Roman goddess Venus (herself a counterpart of the Egyptian Isis) specialized in love, feminine sexuality and fertility. The power that Madonna absorbs in the video is not some kind of dark possession but a feminine, creative inspiration.

Perhaps the most important aspect of the video is beautifully revealed at the end – the word Om written on Madonna’s palm in henna. In Hindu mystical texts called the Upanishads, Om is said to be a sacred syllable for the Ultimate Reality, or God. Madonna chants the name in her chorus as a mantra, perhaps in a way familiar to the Yogi or to the Sufi practice of dhikr (remembrance of God).

I’ll conclude by reiterating that the above serves only as a rejoinder to the one presented in The Arrivals. I believe that the purpose of any work of art is to generate interpretations, and it is understandable that the filmmakers take Frozen to mean nothing other than a ‘Musical Sorcery’ of indoctrination. However, taking a work of art and equating it to devil-worship in a feat of dangerous, misinformed speculation is sure to exacerbate the fear, mistrust and paranoia we see in this day and age.

Bassam F. Sidiki is a student of Pakistani origin living in the United States. He will enroll at Georgetown University in August 2012, hoping to major in literature or philosophy. He enjoys writing poetry, wearing hats, watching British period dramas and reading about Oriental mysticism. His poetry is forthcoming in the periodical Pakistani Literature and has appeared in the Solidarity International Magazine.