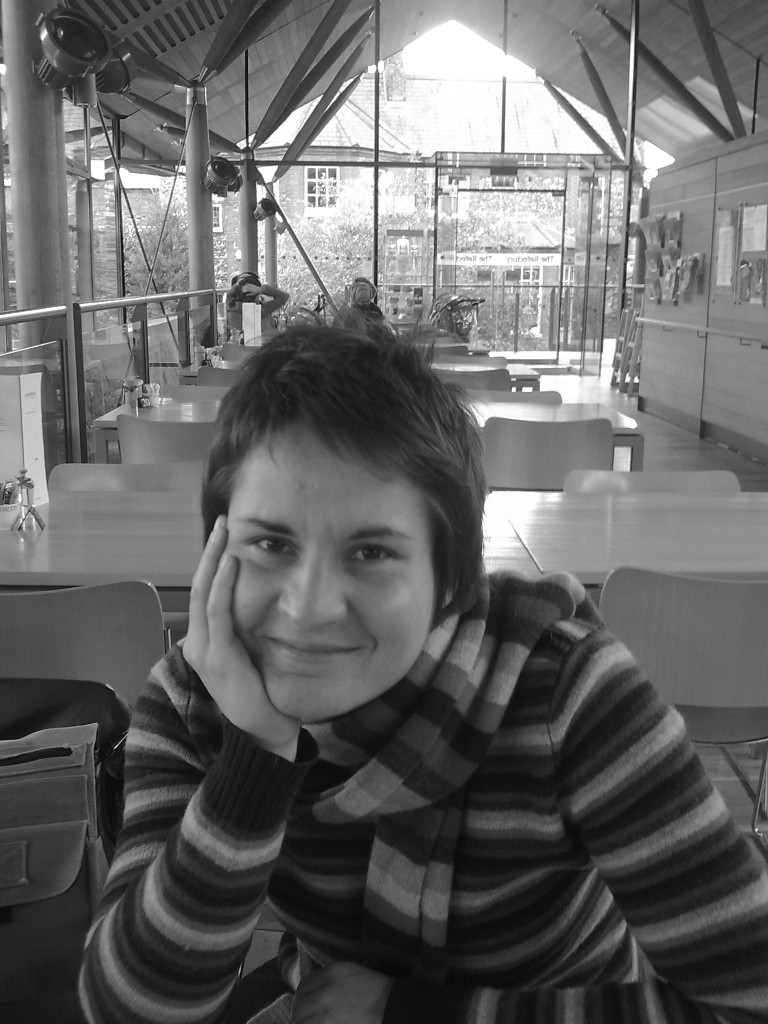 In our latest Poet of the Month interview, Ágnes Lehóczky talks to assistant editor Audrey Ryback about the advantages and disadvantages of ‘haunting’ two languages, the disputed border between poetry and prose, and the challenges of translating poems between Hungarian and English.

Click here to read ‘Panorama from the Top of the Wicker Arches’, our Poem of the Month.

I was immediately captivated by your rich and dense style, coupled with wonderfully playful syntax. Since you are originally from Budapest and have published poems in Hungarian, do you think that being bilingual allows you to approach language from a unique angle, unavailable to monolinguists?

I think each poet’s approach to language is and must be unique, whether they are monolingual or multi-lingual. According to Derrida, we don’t own language at all, we don’t own our mother tongue, a kind of statement which I experience on a daily basis myself… The process of ‘approaching’ must itself be the whole point. I must be in both an advantaged and a disadvantaged position when writing in my second language. The disadvantage itself is the advantage. Being outside a language, being in the role of a linguistic ‘nomad’, however, allows you to distance yourself in this ‘approaching’. Being linguistically peripheral, standing in a liminal psycholinguistic place, on a threshold, frees and challenges you at the same time. As if you were somehow haunting another language, speaking through the voice of someone who is always already ‘not’, so to speak.

You have the choice to write either in English or in Hungarian. How do you decide which language to write in? Does your choice affect your poetic voice or is there a consistency in your work even across languages?

Being linguistically peripheral… frees and challenges you at the same time. As if you were somehow haunting another language…
Living in England and in an English-speaking environment means right now writing comes in my second language. My last Hungarian collection was published in 2002 and although I have since been writing and publishing poetry in Hungarian as well, I have been predominantly writing and publishing both poetry and academic work in English in England. However, I think it is also true that my writing (in English) is always and already bilingual in a sense. The two languages, like a palimpsest, are simultaneously present in the work in which language becomes (if it hadn’t already been before) a linguistic hybrid, even if predominantly and seemingly deciphered as English. Caroline Bergvall talks about this concept a lot. Also, interestingly, spending my summer in Hungary, I felt the sudden, almost aching desire to produce work in my mother tongue again. Iworked on a Hungarian collection over the three-month period, partly rewriting work originally produced in English. So… It’s as complex as it can get.

In “Panorama from the Top of the Wicker Arches”, the twin themes of time and place seem to recur. How important is location to your writing? And, since you don’t live in your country of origin, does the theme of “home” have a place in your work?

I think the predominant themes of all poetry, or in fact, all writing, are time, place and identification. These somehow help us to reconstruct who we are. Also, elements of time and place are very much the building components of language (of poetry) itself and since they are playful, complex, infinite and aleatoric in nature, language too is clandestine, multilayered, polyphonic; hence the labyrinthine nature of my prose poems. I really get turned on by this central issue: the nature of this strange triangle which I think all writing is preoccupied with in one way or another; the interconnection between self-world-language. They say each poet basically spends his/her lifetime writing the same text. I think it’s kind of true; we tend to be tiptoeing around the same questions in our various books. As for the issue of home… Again, a palimpsestic concept. I often write about home. About a home which can migrate, it changes definition on a daily basis, swaps with alternate geographies, it metamorphoses, it shifts meanings, it is superimposed on other places. And with its metamorphosing we migrate, metamorphose, too. A perpetual psychogeographical whirlwind, home is and so are we.

Poetry is a vast terrain. The only criterion is quality.
Your poetic voice is very unique, and “Panorama…” seems close to prose poetry. To you, what is the distinction between poetry and prose? Do you make a conscious choice of one over the other or do you leave it to the reader to ‘categorise’ your work?

I leave it to the reader to categorise my work, I think, and I don’t differentiate between poetry and prose poetry. The other day I was asked to read a new prose poem out in public at a friend’s launch in Sheffield. Someone came up to me to say he’d liked it very much and asked for a copy. He looked at the text and was all of a sudden surprised by the format and categorically stated it’s not poetry, it’s prose. I shrugged and smiled. What can one say to that? I think my work is poetry, prose poetry, and I always considered myself a poet not a prose writer and when people define my poems as prose I get slightly bored. It’s old hat. I have read countless poets’ work which is much more challenging in relation to traditional poetry/lyric poetry. Take Lisa Robertson’s Nilling, for instance which, if you like to use traditional terms, reads more like poetic essays…. but it’s so stunning, it is poetry. Or, Walter Benjamin’s Arcades Project (this list is endless). Poetry is a vast terrain. The only criterion is quality.

As a translator, what have been some of your most challenging and difficult tasks? And what has been your most rewarding work in that field?

An exciting question, really. Re-working my English poems into my own mother tongue is an incredibly complex issue for obvious reasons, so I’ll skip that and talk about translation. I have been involved with translation projects for the last few years. One of them was an anthology of contemporary Hungarian poetry, New Order, edited by poet and translator George Szirtes; and was translated by a small group of British poets, and published by Arc. I really enjoyed the work and since I was given István Kemény’s and Virág Erdős’s poems to translate, predominantly prose poems, I found the process really interesting: it just suited me. At the same time, Hungarian poetry, its traditional lyric route is often some kind of formal virtuosity and bravura of rhyme-scheme and linguistic puns which in themselves evoke emotion within the text, so that I find it quasi-impossible to replicate in English. Such is Attila József’s poetry, for instance. This is a fact worth celebrating and crying over. Ágnes Nemes Nagy, the modernist poet, says that Hungarian poetry, because of its incredibly isolated and complex linguistic nature and origin, means death to world literature. But, she adds, it’s because of its exilic, perilous nature, that it’s worth writing it. This Nemes Nagy statement suits my own path as a bilingual writer. Something of the liminal in all senses.

Audrey Ryback is Assistant Poetry Editor for the magazine.

The Missing Slate’s Film Critics, Rhea Cinna, Jay Sizemore and Shamain Nisar gather to discuss the upcoming Oscars. Who will win, who should win,…