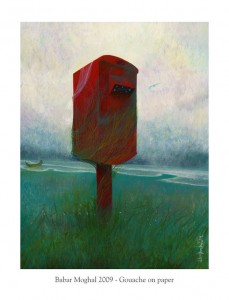 I find myself flummoxed by life at present. This is an odd place for me to find myself, especially seeing as it’s November and this has traditionally been my month to wind down, consume inordinate amounts of coffee and listen to disproportionate dealings of Dylan. I reserve my annual existential crises for this particular season, but my personal and professional clocks seem to have miscalculated my gestation period this year. I have way too much to do, and this means that my self-prescribed procrastination must be held at bay. So I make do with small snippets of existential angst as I drive to work each morning.

Mind you, I am not depressed. I have never thrown that word about as casually as most people do when things fail to go their way. Having battled with genuine depression, I can generally distinguish between melodrama, the odd funk and full-blown doldrums. I suppose my current state is best categorized as a rather portent blend of aggressive ennui. I find that ennui makes me pretentious. It has got me listening to opera again. And, for those of you who haven’t tried it, listening to Puccini or Beethoven in Pakistan is a particularly nocuous negotiation. The magnanimity of the score coupled with the surreal gritty roadside miseries somehow become poignant without meaning to. It is the most uncomfortable mingling of opposites that I can think of, and that is perhaps why I find it all heartbreakingly beautiful.

The person that I am… resides in a cocoon of literature, music, films and sonnets composed to a conglomerate of fictions that do not require justification.
My current playlist includes Massinet’s Meditations; the more robust Ode to Joy and, when I’m feeling particularly vindictive, Wagner’s Tannhäuser. Wagner, in particular, should come with a warning label and an R-rating. Beware: Contents are liable to cause overflow of latent phobias and passive-aggressive angst. I can trace all this back to my very own ‘Remember, remember the 5th of November’ as I casually sifted through my mail to stumble upon my divorce papers. Ordinarily, I would be glad seeing that I have hardly given my misnomer-of-a-marriage much thought over the past few months, and instead devoting most of my energies towards overcoming it with politically incorrect pizzazz. Still, there is an odd power to a piece of paper, formally drafted in a language you cannot comprehend, announcing your freedom from your biggest mistake. I spent the first two hours pretending I hadn’t seen the papers; another two hours rejoicing over them and the next few days trapped in a miasma of ‘what ifs’. Not about the decision to get divorced so much as the repercussions of having put my emotions on the line, and realizing that I should have stuck with my original instincts and kept my own company.

A friend recently visited my house and upon seeing my room whimsically remarked, “Wow, your room seems really well-inhabited.” It was one of those odd, offhand, too-precisely observed comments that one cannot help but deflect with humor in the moment. My room has – for the most part – been my periphery planet. When I was ten, it was another room locked from the outside for ten years. The last ten years have meant a perverse sort of decadent independence, but this doesn’t change the fact that I still locate my life within a room, this one locked from the inside. I suppose, it boils down to a Stockholm Syndrome-like conflation of being imprisoned and eventually learning to enjoy it. Both prisons lead to a locked room, whether or not it is of one’s own choosing.

That is the odd place I find myself in right now, negotiating between being a person I wish I was – one that I now find I am rather good at affecting – and the person that I am. The former has friends, and the latter resides in a cocoon of literature, music, films and sonnets composed to a conglomerate of fictions that do not require justification. I have always been one of those people who lack balance. I can ‘act’ balanced better than most people I know, purely because I am all too aware of how vulnerable my innards are on this score.

That is, perhaps, why my new job may just end up saving me. For the first time, I am bound by contract to interact with other people… in droves. And while people are still not my primary choice of company, they are no longer last on the list either. Armed with self-deprecation, I think I can deflect any particularly pointed judgments thrown my way. My pathological fear of people is amplified a thousand-fold as a teacher, especially when I recall how my friends and I used to mock our own teachers. Setting them apart, as a different species – flawed, formidable and frivolous – infuriatingly peppered with the presumption that they were capable of ‘teaching’ us anything. So I hope that laughing my way through two hours and overt obsequiousness will keep my students from hating me.

That is how I stumbled upon Mozart’s Cosi fan tutte, K588 the day before yesterday. The Italian opera buffa literally means ‘Thus Do They All’ (or The School for Lovers) with the latter libretto penned by Lorenzo Da Ponte. Technically, the title means ‘Thus Do All Women” and the music strives to capture the duality of women, as sung by men who could never comprehend them. I’ve been listening to it on loop, and while my mind has trouble agreeing with the intonation of all the silly things women are meant to symbolize, my heart cannot help but melt at Mozart’s rendering. Especially given the fact that Mozart fell far below the standards of what anyone would consider a gentleman. It is almost as though a Lost Boy, perhaps even Pan himself, composed a song for a girl and lacked the courage to play it. I can relate, especially, because I am finally meeting and mingling with women and ironically, not loathing the experience. As someone who has generally found it difficult to cultivate friendships with my own sex, it is a relief to scratch some very brittle surfaces and discover kindred souls struggling with the same emotional see-saws.  I have been trying to incorporate these people in my life on a semi-regular basis, and it has proven to be a formidable but fruitful task. This is perhaps the best of any worlds I have ever experienced. I hesitate to call it this, but it is almost a state of grace: aloneness… with options.

While I am enjoying the company immensely, I know myself well enough to know that I will never enjoy it enough to submerse myself in it completely. I have and always will be one of those ‘periphery-friends’. You know, the ones people remember as an afterthought: “Whatever happened to her? Where is she these days?”

I will never be someone’s somebody because I can’t reciprocate that need. That isn’t to say I don’t ever feel such a need; it’s an appealing thought. The theory of having ‘your person’ in the world, pro-choice, at your beck and call to complete your sentences, thoughts and blanks. My failing lies in a fatuous self-love cloaked (or cloaking, have never been able to really figure out which) as self-loathing. I’ve always lived on the romantic table scraps of being that girl who is hard to forget but even harder to remember.

Maria Amir is Features Editor for the magazine.

"No longer noon but a cramp/ for which there is no potion/ only her lips falling from the sky..." Weekend...