He had never seen him. By the time he stirred, the boy was gone, and since he was in his room by 5.30, he never saw him return.

You plunged down between a tyre-repair shop and a grocery, into the yard. Under a breadfruit tree, people lounged. Occasionally police appeared, asking for someone and looking under the house for weed, crack or guns.

They each rented a back room. He knew the boy was in, when the tapeplayer came on. Soul music or reggae. Always. Nothing else.  He began to think of the youth as “Kinky.”

He sat up and scooped water from the bucket. Those sounds pushed his memory and he sighed.  The tape came on, the guitar tried the rhythm, the boys started to sing, a little shakily, laughing, and coughing from the weed. He lay down, and when he opened his eyes it was to the sound of rain and the light under his door.

That night marked a new beginning for his neighbour. When he got home, the guitar plucked up, sometimes with a tape. Through the plywood, he heard the boy following the singer, fingers searching chords. The old man listened, over his radio, marking that the playing was improving. Sometimes, the friends would come with Kinky, and they would smoke, laugh and sing more confidently. He would listen for the boy’s high-pitched voice, laughing, arguing, sometimes swearing, always singing. He couldn’t say the boy never brought a girl, the guitar probing the quiet of the night, but that didn’t seem to happen too often. 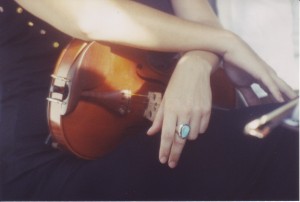 One afternoon, he came early from his bench at the back of the tyre shop where he did odd jobs. He woke when Kinky’s door slammed. He couldn’t remember him home in the day. It was quiet for a while and he was dropping off again, when the guitar began to pluck clear notes, a melody.

Then the boy’s voice, rough-edged, moving into wailing. This came into the man’s guts, it seemed.

He reached for his enamel cup. Before he could dip into the bucket, the boy’s voice had held the harmony with a sweetness, sharper, more high-edged, not going flat, and he was riding his melody, the guitar singing under Kinky’s voice, and the old man straightened, aching, and he waited for the voice to break, but it went higher and truer, wailing more, and then suddenly, at its height, everything collapsed, and the boy began sobbing, it had to be, it was, sobbing, crying, wailing, and the guitar gone silent, and the boy drowning, and then, through a gurgling, the melody again, plucking, broken-voiced, sweetening but broken, broken sobbing, keening, and then going slowly to silence.

And the old man, upright, eyes wide, staring through the partition, cup empty.

There was another time, after the boy left— he didn’t hear the guitar again soon after that afternoon, and a fat woman with a crippled boy had moved into the room—he was listening to his radio one late night, and there, there on his broken little box, was that melody, the same one of that afternoon, and that gruff-sweet, high voice, wailing, and somebody on the radio, excited, and running the track again, and going on about ‘the king.’

“A literature such as ours, which is slowly maturing and coming into its own, is often hauled over the coals for being elitist, or unrepresentative of the “true” Pakistan,” writes Sana Hussain. This generalization betrays the talent the industry has produced.