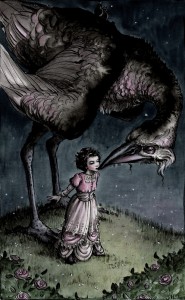 Then one day, as Peggy Orenstein tells us, in the magical year of 2000, “A former Nike executive named Andy Mooney rode into Disney on a metaphoric white horse to rescue its ailing consumer products division.” Now this man decided that the best way to make a quick buck was to exploit little girls, not just in his own land but the whole world over. He decided that little girls would be told since birth that they wanted to be princesses: a word that he claimed had a “broadly-constructed meaning” but really meant a lot of frills and sparkles and pink and Prince Charmings and everything that makes radical feminists hold their heads in their hands and cry. This franchise used all the princesses (and even some not-princesses) from its cartoons to sell their message to little girls in the form of princess merchandise. Within two years, this evil capitalist corporation had sales up to $400 billion from the Princess franchise alone, and the world was never the same again. Since then, people have struggled in vain to fight the war to save their children from the clutches of this evil, greedy empire.

The story of Disney Princesses is a tale as old as time, true as it can be. Peggy Orenstein is not the only one to write about princess culture, and feminists have long warned against its damaging influence for young girls. But the manipulation does not simply end at profits made from exploitation and oppression; capitalist culture goes beyond Disney Princesses and products targeted towards young girls. The faerietale culture at the root of the male-gazed Princesses exists in forms other than children’s cartoons and tales, and it turns out to be just as damaging for adult women as it is for young girls.

Take every single “chick flick” you’ve had the misfortune of seeing. They are all based on the same formula; girl meets boy, girl magically falls in love with boy, problems happen and are overcome, girl gets her happily-ever-after ending. These movies are sometimes tarred with a contemporary brush; the girl may be independent, unconventional and capable of speaking her mind but no matter how much she is designed to appeal to the modern woman, her life is still empty without a love interest. In the epic words of Pakistani film actress Meera, “Without man, no life.”

The problem isn’t with romance, or women consciously wanting to be in a relationship, but that the concept of love seems to imply that a woman can be beautiful, smart, successful, driven, surrounded by loved ones, and yet still incomplete without love. A movie may start out with a successful woman who is good at her job. She may go home to a kickass apartment and maybe even go see her family for some reason or the other. She may have really nice friends that she can spend time with. But at some point, she’s going to wistfully stare into the distance because- say it with me now – “without man, no life.” Her quest to overcome this debilitating loneliness will often include putting up with, quite frankly, really terrible men, and waiting for them to “grow up” and reform.

For all the people who said we were all bitter feminists when we talked about the damaging impacts of Beauty and the Beast: ladies, take a bow, we’ve won. Don’t believe me? Just watch The Spectacular Now, a terrible movie about a teenager who falls in love with a geeky girl with all the potential to be a great woman, except she forgives the guy for kicking her out of his car ‘for her own good’, even though it results in her getting hit by a bus and breaking her arm. Oh, and in the end, the two DO end up together anyway. I’m a big believer in second chances, having needed many of my own in life, but I would assume that broken limbs are enough motivation to stay far away from someone.

The message these movies send is that a woman’s personal happiness is contingent on a man’s love, and nothing else can validate her existence. And that’s a narrow, boxed, patriarchal view of women, assuming that all women are the same in the first place. It contends that women with successful careers and loved ones will never be happy on their own, unless there’s a man to take care of them. The formula is problematic because it is a modernized version of Disney’s own happily-ever-after crap. And sure, it sells, but do we really need women to be assaulted by this message in the media for economic benefit alone?

"Each time since they were married Adam had pushed her on the bed and pounced at her flesh like an...