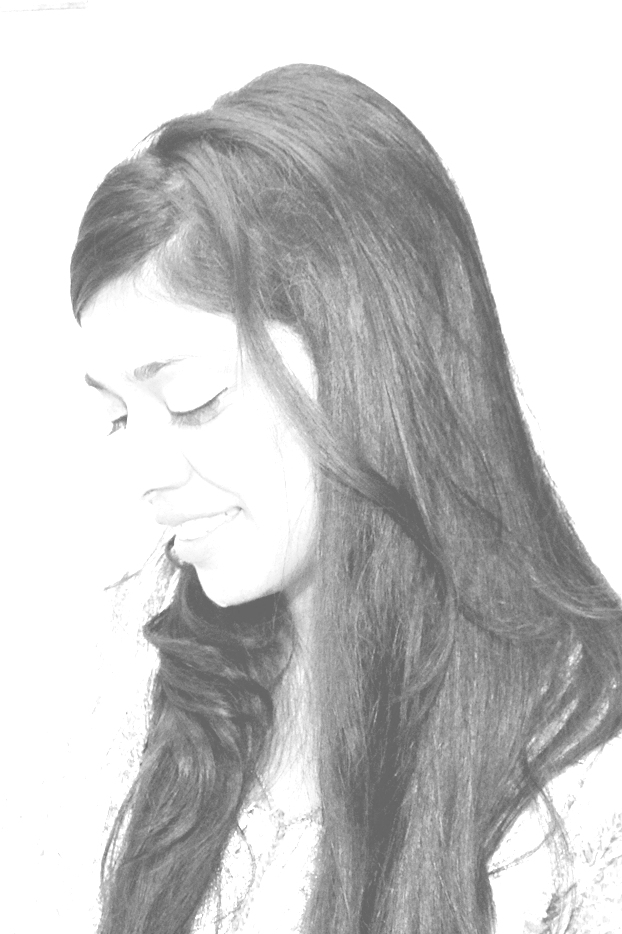 At the beginning of April, we published ‘the trials and tribulations of a well-endowed woman’ by Hira A, a young Pakistani poet. Within minutes of publication, responses had started coming in from around the world: the poem was shared hundreds of times on our social media pages and was soon picked up by a major publishing company for a forthcoming anthology of feminist poetry (to be published in 2015). All things considered, the choice for our April Poet of the Month was one of the more straightforward decisions we’ve ever had to make.

Here, Hira A talks to Ghausia Rashid Salam about the background to her viral poem, the writers who have inspired her, and why she nearly withdrew the poem immediately after submitting it.

You received an overwhelming response when ‘trials and tribulations’ was published as The Missing Slate’s Poem of the Week (I cried as I read it). Were you expecting that your poem would resonate so much with women, or go viral?

I was completely overwhelmed by the response. Actually, almost immediately after sending ‘trials and tribulations’ in, I started regretting having submitted it because of the very personal nature of the poem, and fired off a message to a friend, who happens to be on the TMS staff, expressing my reservations. She assured me that I shouldn’t be too worried about people I know personally stumbling upon it. That didn’t quite work out as planned. Minutes after it was posted, I started getting a flood of heartfelt emails of appreciation from readers, mostly women, from around the world. To be honest, I’m still a bit stunned.

Living in Pakistan isn’t as difficult as the goras and neo-liberals make it out to be, but it’s hard to be a feminist all the same. Tell us a little bit about the experiences that made you write poems like ‘trials and tribulations’ and work at a feminist publishing house?

I think the poem itself is very direct and lays out exactly the kind of experiences that prompted it. Growing up, particularly during and after puberty, I remember always having this acute but difficult to articulate sense of feeling dehumanized in various, basic ways. This was manifested as anger towards others, and a permanent awkwardness and discomfort in my body. I went to a women’s college in the US, and I think it was really there that I found the language for such things.

I had a very middle-class upbringing, and I use the word middle-class not as an economic indicator exactly but as a measure of social class. So I didn’t have any exposure to people with either creative or radical political leanings. As such, I had no awareness of an alternative Pakistani reality. It’s only when I moved back to Pakistan from the US that I started to tentatively explore the other side.

I think the only convincing, memorable female protagonist in Pakistani prose has been created by a man…
Pakistan’s woman-centric fiction and poetry has normally been written in Urdu and other local languages. How do you think the trend is changing in English fiction and poetry, if at all?

I’m not as much of an Urdu reader as I should be, but I’m a huge fan of Qurat-ul-Ain Haider, I love Kishwar Naheed’s work and spirit, and I enjoy some of Parveen Shakir’s poetry as well. I haven’t read any Pakistani woman who writes with similar fire and force in English, with the notable exception of Kyla Pasha, who I’ve had the amazing fortune to be taught by. Actually, I wrote ‘trials and tribulations’ in a poetry writing workshop that she was teaching. Her first and (so far) only volume of poetry is brilliant, and I’m a complete fan girl, though I haven’t ever had the courage to admit that to her. In fact, I think the only convincing, memorable female protagonist in Pakistani prose has been created by a man, and that’s Mohammed Hanif’s Alice in ‘Our Lady of Alice Bhatti’ — searing, powerful stuff. There’s a huge gap in Pakistani English writing as far as women-centric writing is concerned.

The women’s movement has been criticized as elitist in Pakistan and, even as far back as pre-Partition era, there is truth to this claim. How do you deal with issues of privilege, considering that many are hostile to middle- or upper-class women speaking of women’s rights? Do you think such criticism harms the cause, or has no impact altogether?

I don’t think I’ve been associated with the movement, whether formally or informally, enough to have any kind of expert opinion on the subject. I’m learning, and my default state consists of apologizing profusely and asking basic, dumb questions. I have great teachers and mentors though.

What influences your writing the most, in terms of people that inspire you, or social / political / personal events? Will you pursue writing as a full-time career, or is it just an occasional hobby?

It’s intensely personal and introspective. But the personal and political are hardly mutually exclusive. I’d give anything to be able to do this full-time. That’s the dream, isn’t it?

"I wiped the dried blood off the dog tag I’d unclipped from his neck, placed it in the hat and...