Hello, hello. Do you come here often? In yesterday’s opening match, Bangladesh took an early lead against Venezuela (capturing all of the first five votes) and held a comfortable advantage at half-time, but a massive overnight surge in support for the South Americans carried Rafael Ayala Páez to victory.

Today, the USA and Barbados enter The Missing Slate’s Poetry World Cup, a pairing that brings together two world-class editor-poets. Esther Phillips, representing Barbados, is the editor of Bim: Arts for the 21st century, the contemporary incarnation of a magazine which has played a crucial role in Caribbean literature for well over half a century. Back in 1955, George Lamming wrote that ‘almost all of the West Indians… whose work has compelled the attention of readers and writers in other countries, were introduced… by Bim.’ Esther Phillips was also Barbados’ representative at the 2012 Poetry Parnassus, and her poem ‘Word’ was selected by BBC Scotland to represent Barbados at this summer’s Commonwealth Games.

Ravi Shankar, our American poet, is the founding editor of Drunken Boat and won the National Poetry Review Prize in 2011 for his collection ‘Deepening Grove’. His other awards include a Pushcart Prize and a fellowship from the Connecticut Commission on the Arts. His poetic style is notable for combining elements from various places on the poetry spectrum: Djellal Marbrook has praised Ravi Shankar’s ‘love of symmetry and classical sensibility’, as well as his ‘refusal to disdain experimental verse.’ 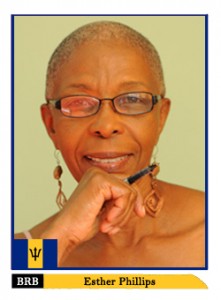 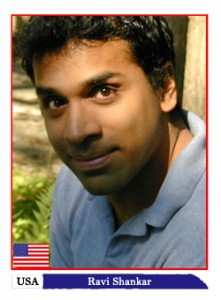 We bent to enter the dark doorway.
Unlike Alice, we knew where everything
was: an old ottoman under the window,
the crooked table with an oil lamp
set to one side, the bureau leaning
in a corner bearing a few enamel plates,
cups made from empty margarine tins;
two metal spoons. We could find with
our eyes shut the one-burner Primus
stove and the “smut-tot” she used
when kerosene oil grew scarce…

Before starting this post, I was torn at the title but at the end figured may as well leave the snark for the reviews….

The opening match of The Missing Slate's Poetry World Cup.