For the second successive day, the Poetry World Cup brings together South Asia and West Africa. Yesterday’s match-up was one of the highlights of the round so far: Pakistan (Mehvash Amin), marginal pre-tournament favourites, began with a tough game against Ghana (Kwame Dawes). After a strong start, the momentum shifted and Pakistan were on the brink of an early exit with only a few hours of voting left. A late surge in support carried Mehvash Amin’s poem over the line in a game that neither poem deserved to lose. Today, India will be hoping to join their neighbours in the second round by seeing off the challenge of Nigeria.

Our Indian poet is Shikha Malaviya, the founder of The (Great) Indian Poetry Project. She also founded Monsoon Magazine, the first South Asian Literary Magazine on the web, and organised ‘100 Thousand Poets for Change — Bangalore’. Her first collection of poems, ‘Geography of Tongues’, was published in late 2013.

Nigeria will be represented by David Ishaya Osu, a poet, journalist and street photographer based in Abuja. His poems have appeared in several national dailies, and online journals including African Writer and The New Black Magazine. 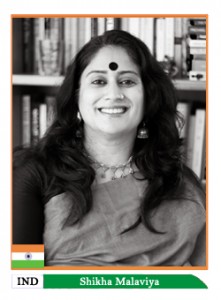 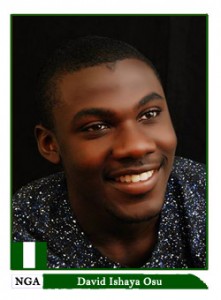 spring out of
the Yellowstone riverbed…

your twins wait
for you here

come when the rains
will not stain your
lily-white shroud…

“Listen to the murmur of the fish-woman in the wet market/ who speaks a dialect in which the word for thank you is a bow,/ sincere and deep.” Poem of the Week (May 20), by Jay Bernard.

"Lead me not into unforced errors./ Let me not be despatched into oblivion/ By a fresh-faced opponent—unseeded, unknown..." Shanta Acharya...