Bennett Miller’s still slim body of work shows him to be a rather reticent teller of stories centering on a neatly set-up encounter between incarnations of opposing ideas. In his usual restrained mode, Miller regards with a blend of detachment and empathy his heroes, for example a sharp, city-bred writer probing the mind of an inmate on death row for unleashing horror on a rural village, or a cocksure yet jinx-fearing baseball guru questioning received tradition with a revolutionary tactic. Be it between a reporter and his sources, or between underdog instigators and the status quo, the director has made a point of underscoring the players’ inherent power imbalances. In Foxcatcher, another putative sports movie, he yet again opts for dichotomous characterisation in depicting the close-knit wrestling world nestled on an aristocratic family’s estate, fashioning his story as an allegory of American ideals. Here the main conflict arises between an heir to that family’s fortune and the working-class athletes in his care.

The inspiration for the movie came from a roughly 20-year-old homicide that occurred in a snow-buried town of Pennsylvania, where a decorated wrestler was shot dead by his multi-millionaire sponsor. It was a murder with no apparent motive; at the time, it was pretty much chalked up to an inexplicable act by a very rich man, who was also mentally ill. The movie, then, may initially come across as an attempt to fill in that motivation blank. It is revealed soon, though, that Miller is more interested in creating some sort of portrait of the country’s privileged .01 percent. To amplify rhetorical effect, he grafts the 1996 killing onto the 1980s time frame. By doing so, he also situates the sponsor-beneficiary relationship’s metamorphosis — from its love-at-first-sight beginnings to deterioration, and to climaxing in a grotesque tragedy — in a more continuous flow of events. Thrown into this dynamic is Mark Schultz, the victim’s brother tasked with a much more pivotal role in the drama than he would have in real life.

So there are, say, two competing elements at work in the narrative, that is, an illustration of unfettered inherited wealth and an observation of the three men’s shifting relations. But despite the filmmaker’s broader ambitions, the heart of the film lies in the younger Schultz — his rise and fall, and his arc of ups and downs with his brother and with John du Pont. Scenes of du Pont founding a wrestling team named after and treated like his family’s property, and producing broadcasts of his — the team’s — accomplishments to perpetuate the family’s glory, are all overtly derisive notes of affluent power sans virility and its media manipulation.

But Miller does a better job of conveying emotional undercurrents among the trio, especially through their corporeal manifestations: wrestling scenes (what else?). Starting off with medium two-shots, the director lets the camera close in on the tussling characters, resulting in the tension ratcheting up. In an earlier match between the brothers, intimacy segues into hostility; a later one between Mark and du Pont even exudes a homoerotic vibe, bringing them closer. Individually, Miller assigns each man a particular visual motif, with Mark often having his back turned and du Pont, with his pallid face constantly in close-up, sitting in his chair brooding. In delivering their given tasks, the actors are more than serviceable. Both Channing Tatum and Mark Ruffalo, as the Schultz brothers, use their physicality and communicate subtle emotional changes remarkably. But among them, it will be Steve Carell who gets showered with praise for the golden statue. While considering the other two finer actors, admittedly, one cannot quite shake off Carell’s haunting close-ups — a mix of apparent apathy and chilling cruelty.

Jean-Marc Vallée’s follow-up to the impressively acted but quite shapeless and clumsily paced HIV/AIDS-themed drama Dallas Buyers Club is also impressively acted, a bit languidly paced, and raggedly structured — which, in this case, though, seems less a shortcoming than a corollary of the film’s having an introspective narrator. Wild finds a lone young woman, burdened with bulky backpacks and a specter of her heroin-abusing former self, on a path toward personal discovery and rebirth styled as the Pacific Crest Trail. That woman is Cheryl Strayed, a real-life champion in the self-help department played believably by Reese Witherspoon back in top form. 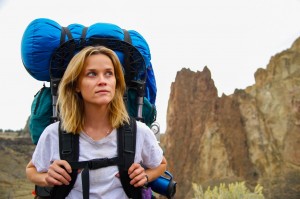 Her backbreaking long-distance treks involve a tyro hiker’s usual apprehensions, an increasingly daunting array of hardships, and trial and error learning, while being punctuated by chance encounters with mostly genial locals and fellow PCT participants. But what ultimately defines the narrative’s contours are those numerous flashbacks, either prompted at random or triggered by some clues to the past, of Cheryl’s relationship with her nearly sainted mother, Bobbi. While the Canadian filmmaker paints vignettes of Cheryl’s physical journey as mundane, her recollections, tinted by grief and longing for Bobbi, render the latter surreal and almost abstract. Laura Dern packs an emotional punch as Cheryl’s mother, even though the character isn’t a fully coherent whole.

Venezuela and the US start the second round of our Poetry World Cup.

St. Lucian poet John Robert Lee asks the 'What is Poetry?' question, reaching the conclusion that every poem needs to...