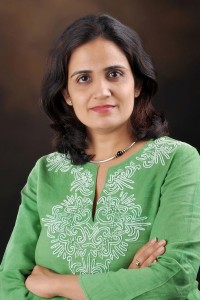 Our Poet of the Month, Athena Kashyap, discusses the status of women in India and America, the importance of new technology in a world where we ‘live increasingly isolated lives’, and poetry’s ability to address issues ignored by the mainstream media…

Click here to read ‘primetime news’, The Missing Slate’s Poem of the Month.

It is becoming increasingly common to hear that nowadays, with the rise of modern technologies, the publishing industry is moribund. Based on your experience, do you think new technologies are helping or hindering the future of the written word, and in what ways?

New technologies are making it possible for writers and readers spread across the world to find their niche magazines. Whereas in the heyday of print, a literary magazine could easily serve the needs of a homogeneous community, in today’s world, with emigration and displacement becoming commonplace, migrant populations are looking toward new technologies to connect them with literature and news from their various homes.

Web zines also make it possible to cater to specialized audiences from different cultures and interests with much less production time and effort. Writers and readers can also search and find these more easily on the Web than in print, which is needed as we live increasingly isolated lives.

As a multicultural person who has changed her place of residence multiple times, I found myself instantly drawn to the theme of ‘Crossing Black Waters’. However, sometimes, as a multicultural writer, it is difficult to address one specific population. What is your intended audience, aside from the so-called global nomads? Do you find yourself restricted to a specific audience?

My audience is not just the global nomad but anyone who has moved away from home, which today includes a great number of people moving between cities, or else moving from villages to the city either within the same country or between countries.

It is always wonderful when a poem speaks individually to the reader, making him or her feel that it has been written for him/her and is about his or her experience. This happens frequently when the reader shares the same cultural background and experiences of immigration as the writer. People from the Indian subcontinent will be more likely to appreciate the nuances of language in my poems, and also be able to better understand the cultural context.  That said, good poetry crosses cultural lines.

Having lived both in the United States and in India, would you say there is a difference in the position of female writers in those two cultures, and in what ways does that difference manifest itself?

As a female writer living in India, I cannot not address the injustices perpetrated upon Indian women in excessively patriarchal communities in specific villages and cultures where women are regarded, even by themselves, as inferior to men. I am very conscious of the gender imbalance, female foeticide, abortions that have skewed the population of females in the country, the objectification of women resulting in rapes and murders. I am also aware of the privilege I have living in the city, a privilege that is increasingly being threatened by those who bring their own prejudices with them.

My second collection of poems, ‘Sita of the Earth and Forests’ (due to be published early next year by SFA University Press in Austin, Texas)  is an in-depth exploration of the role of women in Indian society. “primetime news” is one of the poems in the book.

I cannot not address the injustices perpetrated upon Indian women in excessively patriarchal communities… where women are regarded, even by themselves, as inferior to men.
Bertolt Brecht claimed that all art is political in that it either challenges or supports the status quo. “primetime news” strikes me as doing the former rather than the latter; is it your intention to write political art and how much influence can art, poetry specifically, have on politics?

My intention when I set about to write “primetime news” was not to write political poetry; I had wanted to explore the incident referred to in the poem, where a girl was molested outside a pub in Assam and the events captured  by a video-camera and then featured on primetime news. Once I started, I realized that the media was as much or more culpable than the molesters, and the possible effect of the media broadcasting the footage of the molestation upon the victim became the focus of the poem.

In a few villages in India, there have been incidents where shamed women are made by their oppressors (in many cases the village council) to run naked through the village while the rest of the villagers watch.  While some would argue that the media, by airing footage of girls being molested, can shock the public to demand change in their attitude, I feel the sensationalist nature of such footage takes away from this desire for change; the media is not very different from the village council, and the audience viewing this footage is also culpable.

When the media is not objective, catering more to the sensationalist and vested interests, then art can and has to step in to illuminate the audience/reader. Poetry has the power to do this, but unfortunately, it does not have a wide-circulation. I think political art and poetry should be featured in newspapers with a wider circulation to have an impact.

Through one person’s story, “primetime news” evokes more general thoughts on the position of women in the society, power struggles, and gender inequality. However, one piece of writing can have many different meanings for different people. What would you like your audience to take away from your work?

“primetime news” highlights issues such as the objectification and sexual degradation of women, and the sense of ownership that certain men and societies have over women and their bodies. I would like the reader to take away from the poem how fragmented this makes a woman feel, this degradation and humiliation not only by men but also by the media exploiting the vulnerability of the woman in question to gain viewership. Television and images can also dehumanize a person, break them down into pixels. The fragmented nature of the poem format in which words are scattered across the line forces the reader to work harder — the fractures in the poem show the fractured state of the woman’s mind.

"He would sit beside it and watch the colours of the sky transform it as if the sun bent around...