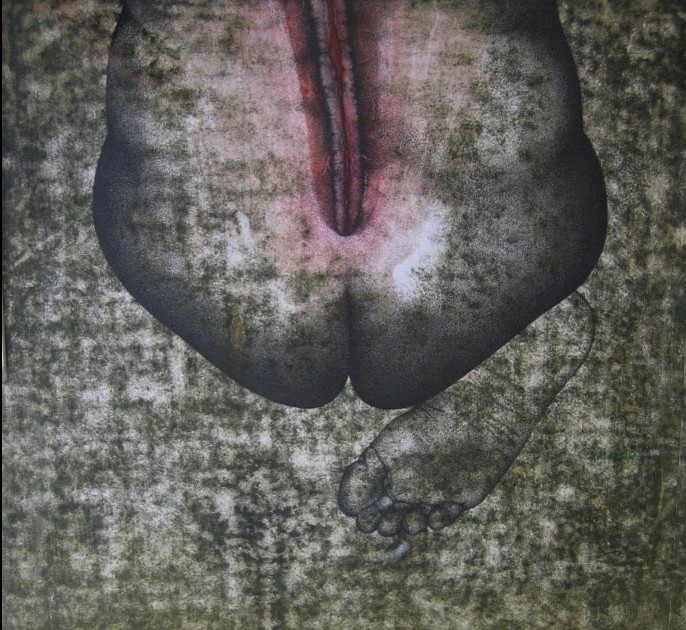 Translated from Portuguese by Alison Entrekin

The intimate life
of a ten-year-old girl
in Somalia (Somalia is somewhere
in this world, in this very same world):
her clitoris and vaginal labia are excised
then she is sewn up, leaving
only a small opening for urine and menstrual blood
the girl is bound until the skin between her legs
grows over
and the day she is ready for sex
her husband
or a respected woman in the community
will open her up again, slit her
as one would a piece of fruit, as one would
an envelope containing an important document
as a plane slits a cloud
as a cloud slits the sky.

Brazilian fictionist and poet Adriana Lisboa is the author of, among others, the novels ‘Crow Blue’ (an Independent book of the year), and ‘Symphony in White’ (winner of the Jose Saramago Prize). Her work has been translated into most major languages. Her poems and short stories have appeared in Granta, Modern Poetry in Translation, Litro Magazine, Brooklyn Rail and others.

Alison Entrekin is a literary translator from Portuguese. Her translations include ‘City of God’ by Paulo Lins; ‘The Eternal Son’ by Cristovão Tezza; ‘Near to the Wild Heart’ by Clarice Lispector; ‘Budapest’ and ‘Spilt Milk’ by Chico Buarque.

“Like water, Art must find its level. It cannot be all things to all men.” In the week of his 70th birthday, McDonald Dixon talks to The Missing Slate’s Jamie Osborn.

Being Young and Gay in Greece

Madeline Weng examines the LGBT rights situation in Greece, a country scarred by high unemployment and rising support for the...