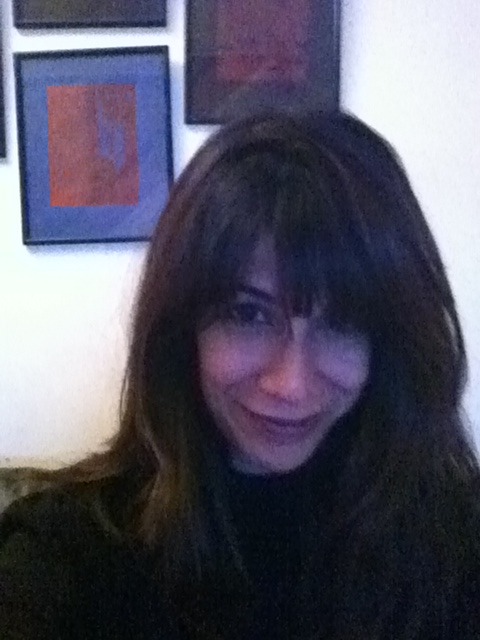 Sabyn Javeri’s first novel, ‘Nobody Killed Her’, looks set to be one of the literary highlights of 2015, and her short story ‘Only in London’ is our Story of the Month for November. In conversation with the magazine’s Assistant Fiction Editor, Umamah Wajid, Sabyn Javeri discusses the sense of freedom that followed her move from Pakistan to London, the intrusion of politics into fiction, and why the short story remains the form she returns to again and again.

While reading ‘Only in London’, I felt an intense connection to the narrator and her struggles with self-discovery, loneliness, and identity. Am I right in assuming that some personal reflection drove you to write the piece, and how much does real life generally influence your writing?

There isn’t any one incident that inspired this story, but it draws on numerous observations from various visits to South London. I like to think of myself as an observer: I like watching life, listening to conversations, eavesdropping! The sense of being a spectator, someone on the outside watching a play unfold, is always with me. Perhaps that translated into a sense of loneliness or being an outcast that you felt in the story. I don’t think I ever sit down to write a story to make sense of an experience. But I’m a very intuitive writer. I often wonder where ideas for stories come from, but the hardest thing is to analyze creativity, especially one’s own.

‘Only in London’ is heavily marked by comparisons in thought and emotion to Lewis Carroll’s ‘Alice in Wonderland’. What was it about that drew you towards Alice?

It’s hard to stay apolitical in a society such as ours…
The whole sense of wonder— of being in a magical place where anything can happen. When I first moved to London from a closed society like Pakistan, I felt an intense sense of liberation. I felt I could do anything, be anything. No limits. For me, it was and remains a wonderland. I often say that Pakistan gave me my roots but London gave me wings to fly.

One of the things I found most remarkable about your story is the absence of any redeeming uplift in its subject matter. You were able to portray, very effectively, a sense of discontent and of being stuck between two worlds. Is this the effect you were aiming for? How much importance do you place on your readers’ reactions while writing? Do you have a reader (or multiple readers) in mind when you work on a first draft?

My first and only reader is myself. If anyone else finds my work interesting, well and good, but that’s not the reason I write. I suppose that is very selfish! But then one has to have a certain degree of narcissism to be a writer. As for lack of any uplifting element, personally I don’t believe in morals. Perhaps because I never learn from my mistakes. It’s not a writer’s place to moralize, police or polarize— perhaps that is why there is an absence of closure in the story. For the protagonist in this story London is an amalgamation of two separate worlds rather than a divider—a grey zone—neither night nor day.

I’m interested in your switch from short stories to a full-length novel, ‘Nobody Killed Her’. Do you think there’s any truth in Faulkner’s statement, in his Paris Review interview, that “Maybe every novelist wants to write poetry first, finds he can’t, and then tries the short story, which is the most demanding form after poetry”?

I think each form has its own challenges, it’s about which form you enjoy the most. For me, the short story is the most appealing, the most sensual, and the most enigmatic form of writing. It is a glimpse into someone else’s world and it is up to you what you make of it. Poetry for me is too ambiguous and the novel is far too detailed. I started with the short story and it’s the craft I return to most often, the form I enjoy reading the most. I suppose I’m biased.

‘Nobody Killed Her’ loops back to Benazir Bhutto’s assassination. How important is it for writers to address politics/current affairs in their work, and do you think it’s possible for a piece of writing to be truly apolitical?

There are people who do politics and people to whom politics happen. I think the majority of Pakistanis fall into the latter category. It’s hard to stay apolitical in a society such as ours, where everything is linked to lack of governance or disparity of resources. My novel doesn’t actually deal with Benazir’s assassination, though initially it was inspired by it. As it evolved and grew I realised that it was actually about privilege and about third world feminism. It was about what it meant to be a woman in power whether you are a leader, a politician an actress or a mistress. It was about the love of power and the power of love.

“The villagers say there is a door there, at the end of the canyon. Jaomora says it is fady. A taboo place…” New Voices writing competition winner, by Audrey McCombs.