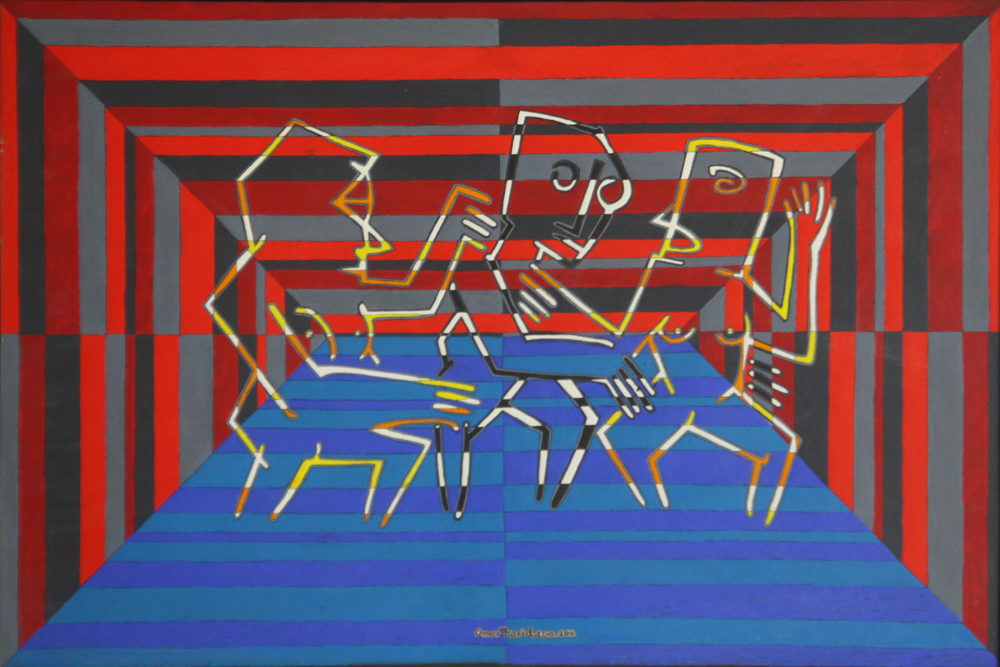 I lost my way on the road to Coolmine — after The Palace, The Long Hall,
after The Bleeding Horse, somewhere between the Blanchstown Mall
and the Castleknock Dog Pound. I glimpsed inside Bacon’s studio
at scattered imagery and piled texts: The Book of Monkeys and Diseases
of the Human Mouth, Velázquez popes and Van Gogh sowers,
iridescent carcasses and the unsheathed histories of decomposed lovers.
Afterwards, I met Pat for a couple of pints. He expounded on reverence
and the ephemeral. I discoursed on the grim chasms in time. Our glasses
raised and lowered like the sea tides, lowered and raised like our aging
bodies humbled before the Communion. We toasted to our cross-pond
journeys, the pulchritude of muses, the pennywhistle’s tiny griefs
and the bodran’s ardent certainties. The session music playing unabated,
made even more resplendent by the ping of one string, breaking.

Peter Marcus’s first collection of poetry, ‘Dark Square’, was published in late 2012 by Pleasure Boat Studio. His poems have appeared in a variety of publications and he has been a recipient of a state of Connecticut Arts Grant and residency fellowship at Vermont Studio Center. He is the academic program coordinator and professor at Elms College’s Accelerated Bachelor’s Degree in Psychology Program at Mount Wachusetts Community College, in Gardner, MA.

“I truly/ Like this age of ergonomic skies, skies extending/ over pleasant mountain ranges + ordered lakes…” Poem of the Week (August 19), by Dominic Hale.

Original Danish text of Maja Elverkilde's 'This Will Kill You'.